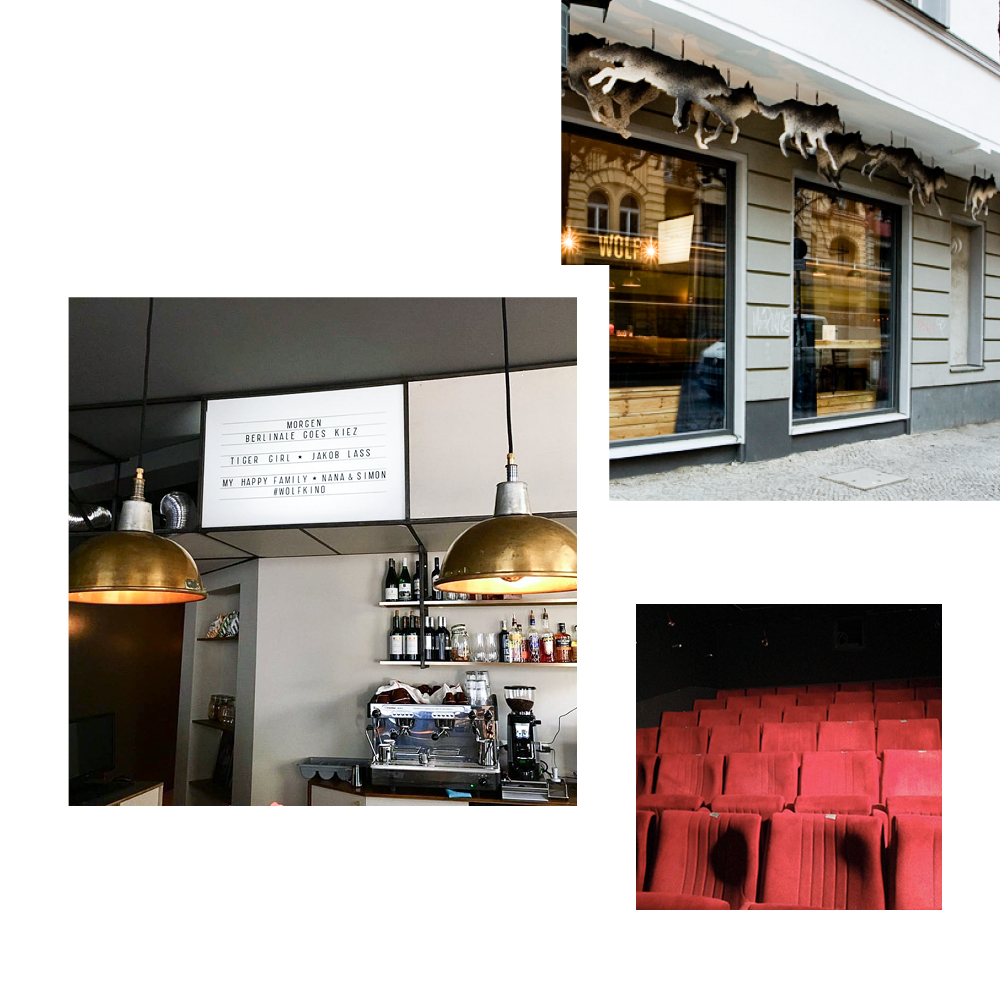 New bars and cafés are popping up on Neukölln’s Weserstraße on a weekly basis. But it’s a fresh facade of a different variety that’s piqued our interest recently. Located in a former brothel-turned-bakery, Wolf Kino made an impressive debut to Berlin’s independent cinema scene in February 2017, opening its doors as part of the ‘Berlinale Goes Kiez’ programme of the city’s renowned film festival. Founder Verena von Stackelberg has channeled her wealth of experience in the film industry to turn Wolf into more than simply an entertainment space, with two screens, an atmospheric bar and a space for talks and exhibitions, as well as a studio that will be transformed into a community post production studio down the track. For now, a tightly curated programme of independent classics and critically acclaimed new releases awaits. Keep tabs on what’s showing here, so that your next trip to Weserstraße can be culturally as well as socially enriching. (Text: Anna Dorothea Ker /  Photos: Uli Kehr)