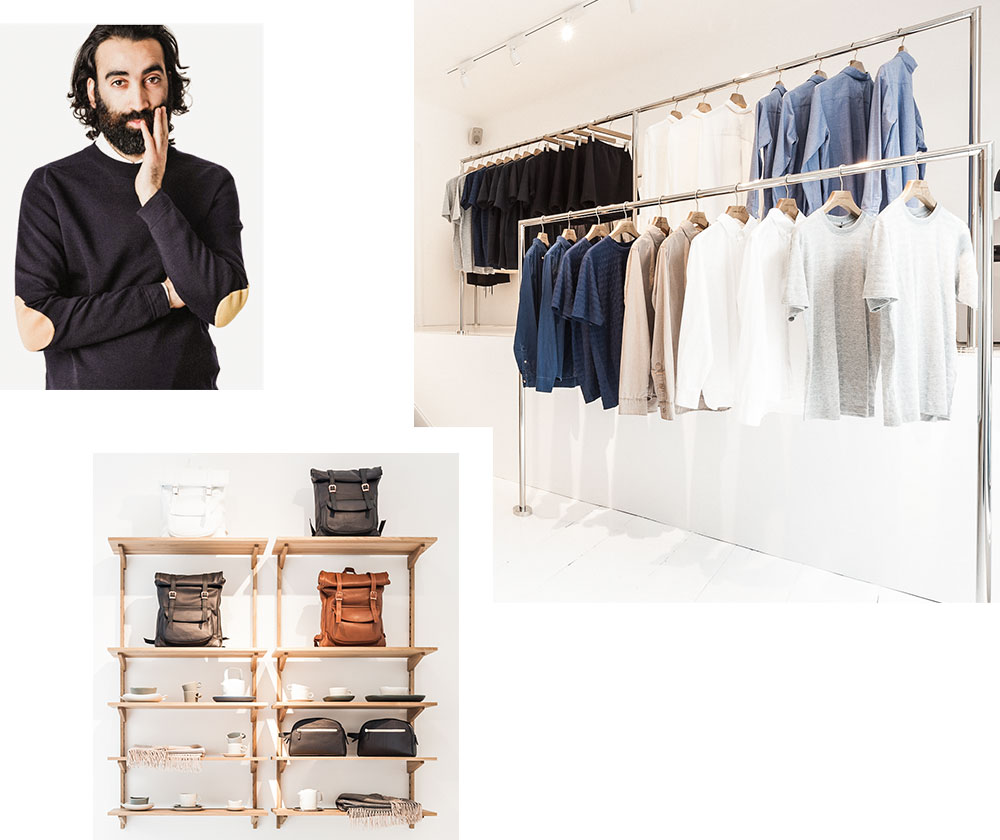 Mitte’s Mulackstraße has become a little more laid-back since A Kind Of Guise opened its first Berlin flagship store. When the Munich-based fashion brand launched its new premises last week (the beginning of July 2015), the sidewalks were full of Berliners eager to familiarize themselves with their causal cosmopolitan pieces, which happen to be made right here in Germany. But AKOG also crosses borders, working with fabrics like Austrian Loden-Steiner wool and Scottish Harries Tweed. We already know our coming holidays will be shaped by their current Greece-inspired summer collection. A couple of stand out items for the ladies are the Phylace shorts, which have vents at the sides, and the super sophisticated white leather backpack. From the men’s collection the Skyros blouson and the Menelaos shirt are sharp and clean gems. These aren’t single season pieces either. Each one has a quality and timelessness that will fix them in our wardrobes for many seasons to come. (Text: Nina Trippel)