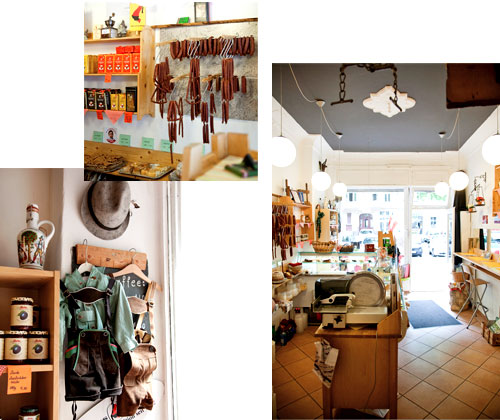 We decided to take a tasty break to enjoy our lunch at “Feines aus Österreich”, a small store where Leberkässemmel, Obatzda and Almdudler are served. This place is just as down-to-earth and unpretentious as Austria’s alpine culture itself. Other classics such as Wiener goulash, Kaiserschmarren, Austrian potato salad and Leberkässemmel are on the menu too. You can buy Heumilchkäse, Tyrolean bacon, grape seed oil and apricot brandy to take home, as well as Austrian specialties like “Marillenknödel” (apricot dumplings) on Fridays. For a finale, we treated ourselves to a slice of homemade apple strudel and gugelhupf. Satisfied and energized, we continued our stroll underneath the blooming linden trees lining the Leonhardtstrasse.