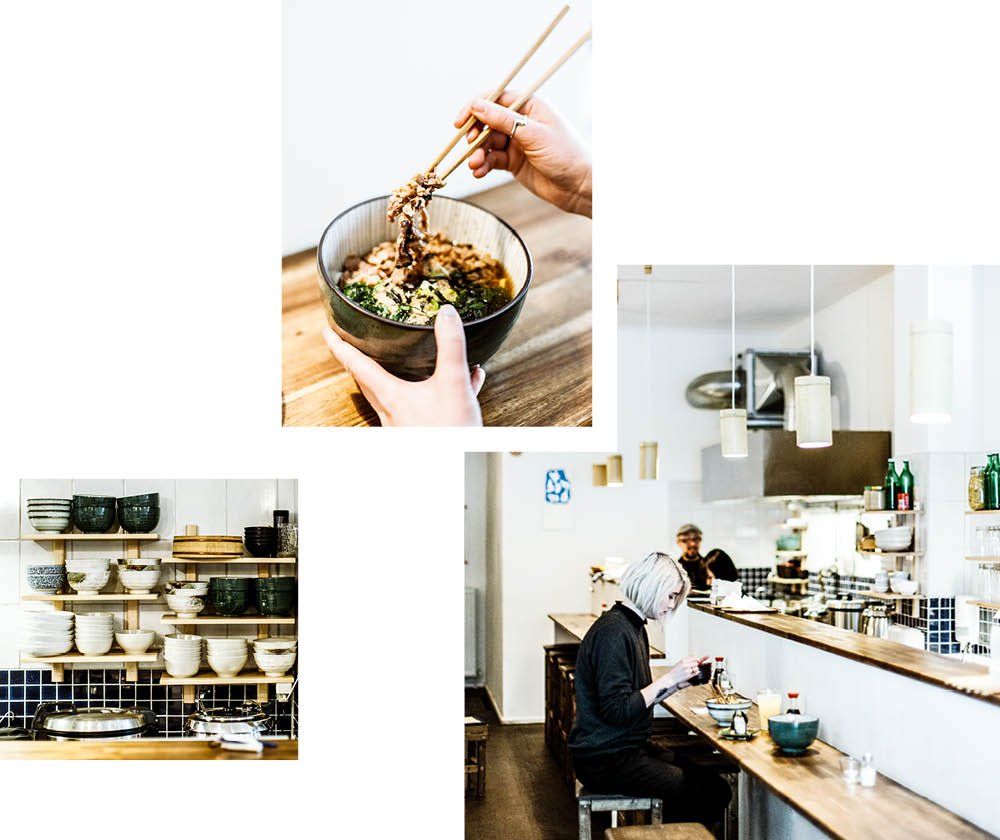 It was the era of all you can eat sushi. Then, all of a sudden, there was a small Japanese street food shop on Kantstrasse that looked and tasted like something very different. I didn’t even know its name, as the only thing that signaled its existence was a small wooden sign with a few characters stamped on. I went, and ate my first Onsen egg there. Soon after I moved away, and shortly the tiny imbiss vanished. A few months ago however, as I was running through Wielandstraße, I suddenly found myself standing before a tiny wooden sign: Heno Heno was back. Despite it having grown in size from a street food stand to a small restaurant, both the prices and menu remain unchanged: Udon buckwheat noodle soup, Donburi with vegetables or pork, or Japanese curry in variously sized portions alongside homemade Nokazuke pickled vegetables and ginger. What really must be tasted are the small, box-shaped Oshi sushi with herring, and the Onigiri with Umeboshi pickled plums or smoked salmon. When paying the bill under a small, dark blue canopy after the meal is over, I often feel a deep sense of satisfaction, calm and warmth, and while there is no wine at Heno Heno, that is far from being a problem – simply pop next door to Thal wine bar when you’re done. (Text: Anna Küfner / Photo: Daniel Farò)

Anna Küfner was born and raised in Charlottenburg. She has worked for the Contemporary Food Lab since 2015, hoping to try and help people to eat better.