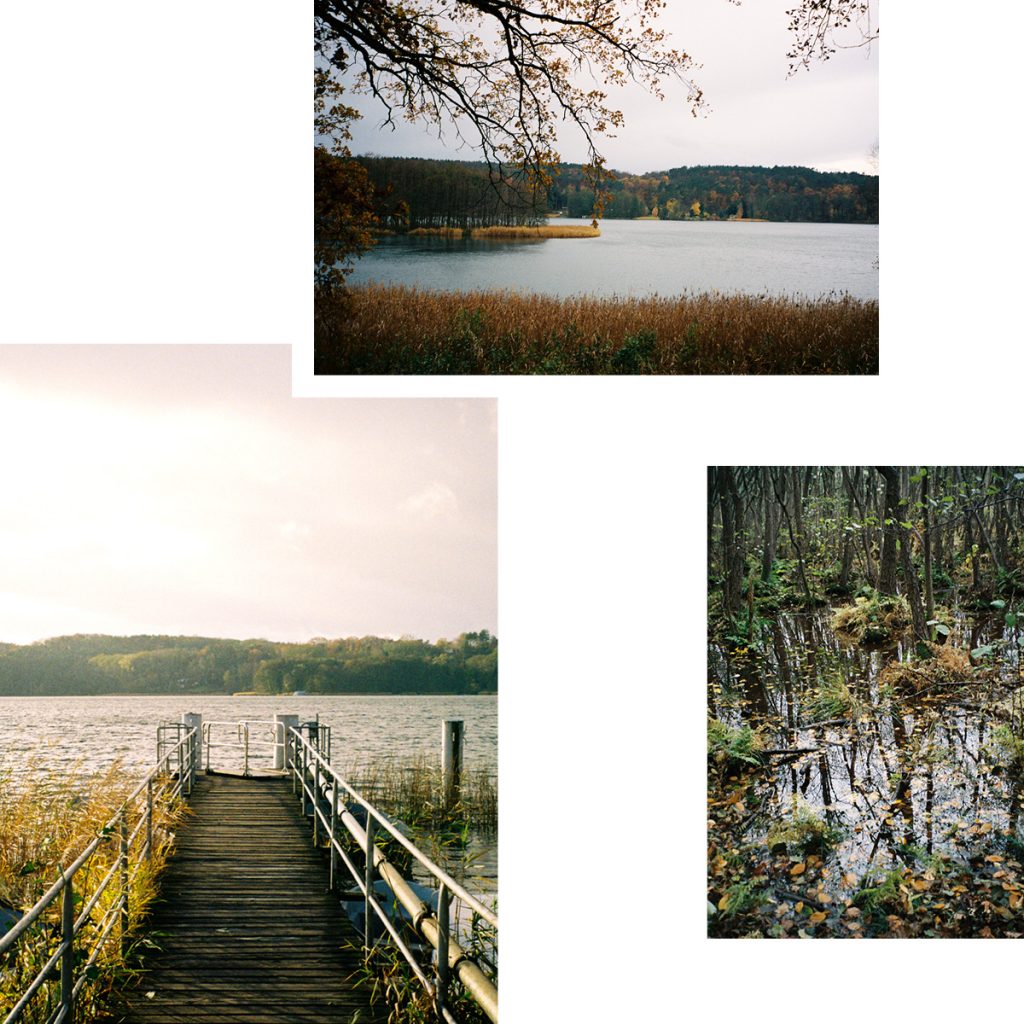 Around 50km east of Berlin by the Schermützelsee lake (not to be confused with the Scharmützelsee further south) lies the picturesque town of Buckow in the Märkische Schweiz. Since the 1950s, the area’s Victorian villas, historic town center and lakeside beach have pulled in the weekend tourists, including the likes of Helene Weigel and Bertolt Brecht who spent their summers there. The place has lost none of its beauty and romanticism, making a tour here a firm favorite of ours. You can easily get to Buckow from Ostkreuz by regional train (RB26 to Münchenberg station) followed by bus, but for our last visit we decided to start the walk directly from the station. The Märkische Schweiz is a well-known hiking region, so there’s plentiful signage: follow the Panoramaweg Buckow which goes via the small village of Waldsieversdorf.

If you know the Brandenburg countryside you might smile at the name “Märkische Schweiz”, given the absence of mountains here. But this route does at least take you up some fairly steep hills, meaning good shoes are a must for going up and down the steps. When we arrived in Buckow, we found a small cafe called Lokal in the center of town where a family makes home-baked cakes from regional ingredients and a delicious apple-cinnamon mulled wine. From Buckow there’s a bus back to Müncheberg every hour. The Panoramaweg is around 7km and can be completed in one to two hours; from Münchenberg add on another 6km. German writer Theodor Fontane called the Buckower countryside “a rural beauty who steps into the lake with bare feet and braids her hair under willow branches”. We couldn’t have put it better ourselves.

You can reach Schermützelsee and the Panoramaweg with the RB26 train to Münchenberg; map