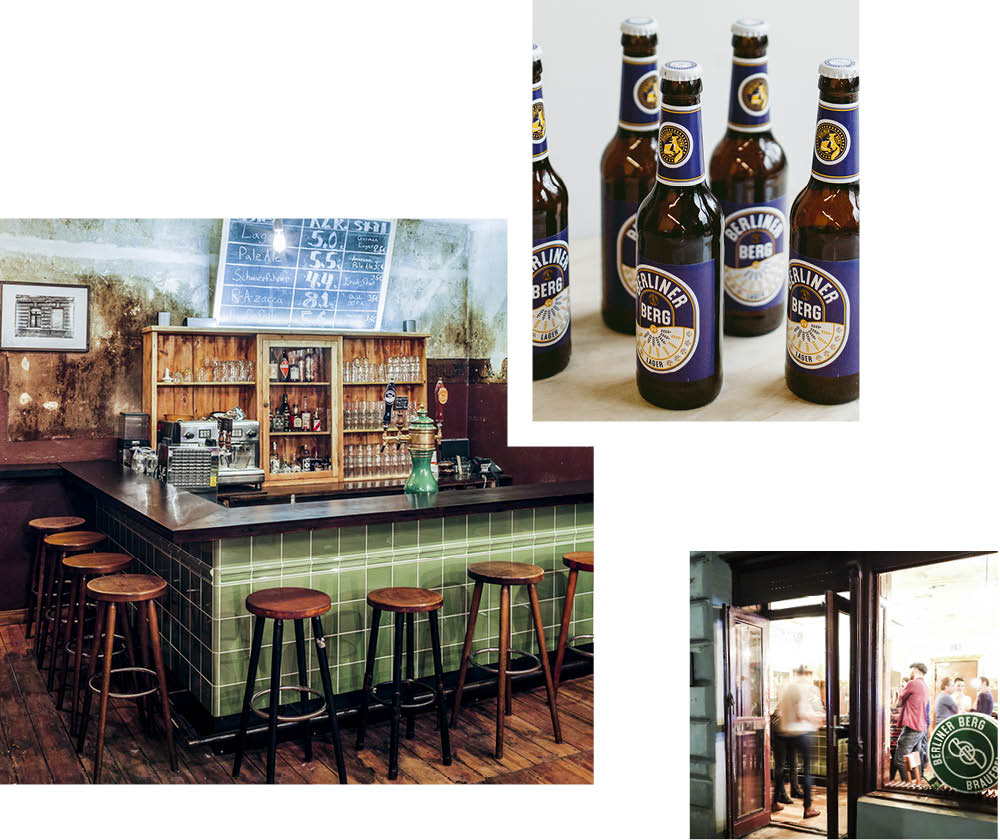 The Rollberg neighborhood was once the center of the Berlin brewing industry. Uli, Finn and Robin have decided to continue this tradition with their brewery Berliner Berg, and in October 2015 opened their bar Bergschloss in Kopfstrasse. Their lovingly restored taproom is built inside the premises of an old lard factory; an impressive building, serving equally impressive drinks. However, the highlight from Berliner Berg will surely be their new brewing facility, scheduled to be completed in summer 2016. In preparation, however, brewer Richie has already created some delicious beers at other local establishments; his pale ale, Irish stout and lager can be tried at either Keith bar or Hopfenreich. Besides these craft beer classics, the Berliner Berg experts want to bring back a genuine Berliner Weisse beer. They will use a special historical recipe which will result in a straw-colored sparkling elixir with a white foam cushion. Prost! (Text: Helen von der Höden / Photo: (top) Daniel Farò)