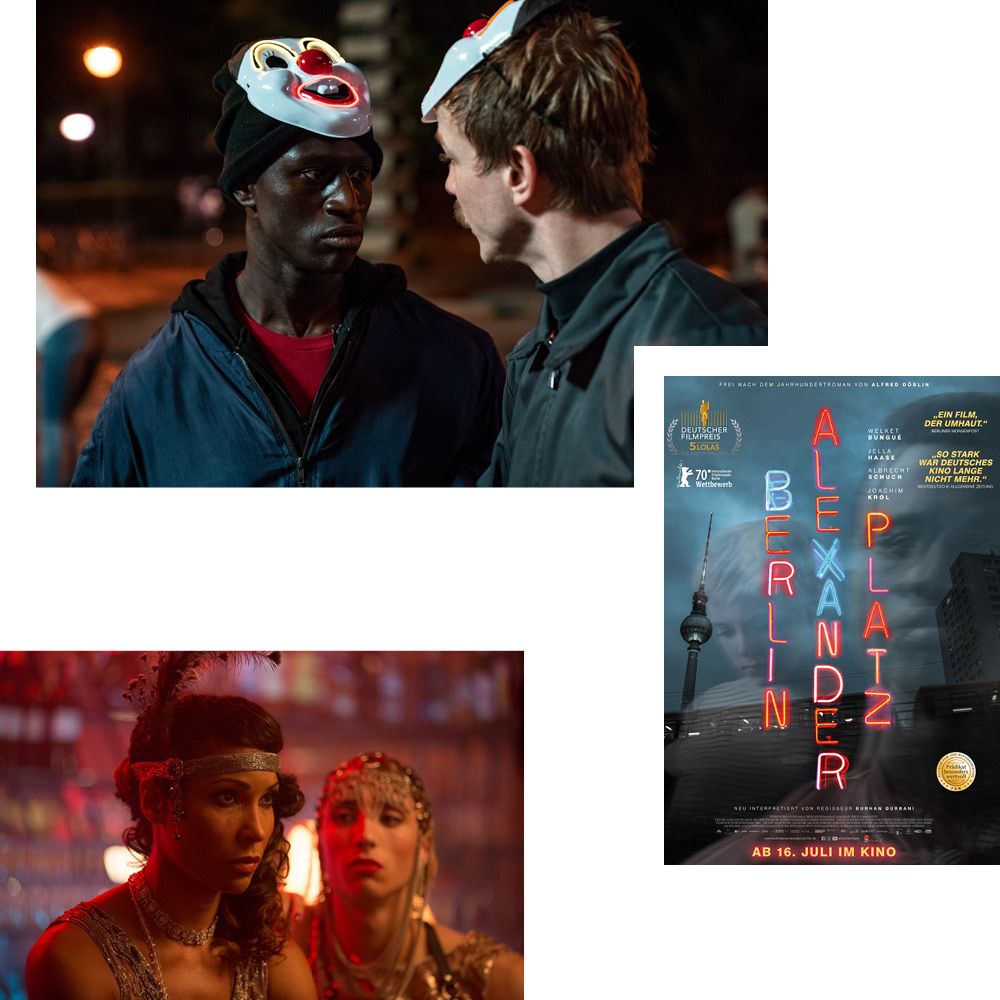 July is high season for open-air cinema, and our al fresco film of the moment has got to be Berlin Alexanderplatz, the new reimagining of Alfred Döblin’s 1929 novel which won several awards at this year’s Berlinale and premieres today (16.07.2020). Burhan Qurbani directs this contemporary telling of Döblin’s modernist tale, a three-hour political epic spread over five chapters, with a captivating lead performance by Welket Bungué as Franz. A refugee from Guinea-Bissau, Franz is living in a dormitory in Berlin when the charismatic Reinhold introduces him to the city’s drug underworld. Despite its length, the film is well-paced, with thoughtful dialogue from screenwriter Martin Behnke, who wrote 2014’s “We Are Young. We Are Strong” with Qurbani also directing. Filming mostly at night at well-known Neukölln haunts including Hasenheide and the Lenau-Stuben pub, Qurbani creates a melancholy, haunting urban landscape that fits the material and is perfectly judged for the big screen. (Text: Hanna Komornitzyk / Photos: film scenes & poster Berlin Alexanderplatz)

We’re giving away three fan packages which include two free tickets to the film (redeemable in cinemas throughout Germany) and the novel as an audiobook. To win, send us an email with your full name and Instagram.

Berlin Alexanderplatz is in cinemas now.