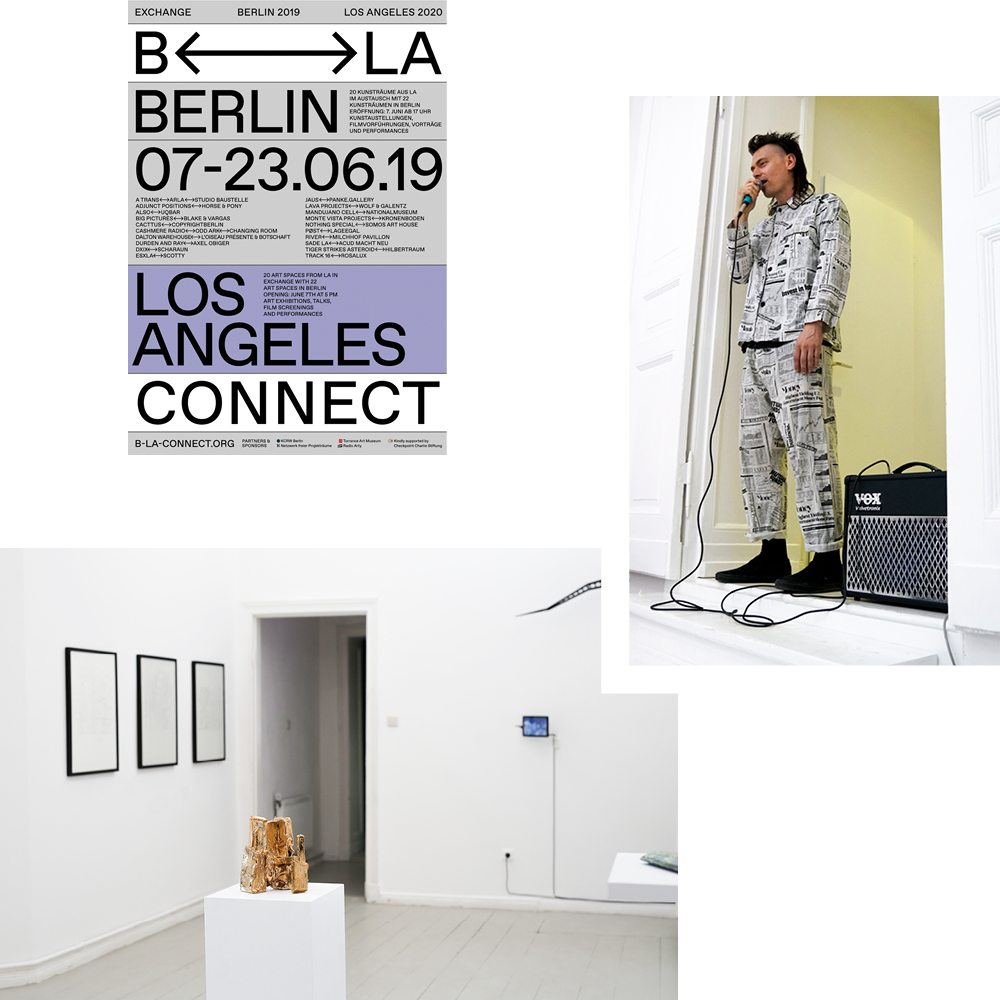 Berlin has 17 twinned cities around the world, the first of which was established in the mid-1960s with the mayor of Los Angeles. Now the B-LA Connect art project aims to promote exchange between the two cities. Running until 23.06.2019, 22 Berlin project rooms will open their doors to colleagues from Los Angeles who will be representing American artists in the capital. The Pavilion at the Milchhof in Prenzlauer Berg will be welcoming the River Project; Blake & Vargas in Kreuzberg will be hosting Big Pictures, whose show will elevate the book to a work of art; while the HilbertRaum in Neukölln will be the home of the collective Tiger Strikes Asteroid, which will look to the future with a retrospective. The exhibitions will be accompanied by a series of performances, talks, film screenings and guided tours. But the transatlantic friendship does not end with the exhibition: next year, the Berlin crews will be making their way to Los Angeles for a return visit. (Text: Laura Storfner / Photos: B-LA Connect, Kunstraum Blake & Vargas, Jaus Los Angeles)

B-LA Connect – an exchange between independent art spaces from Berlin and Los Angeles, at different locations around the city. Running until 23.06.2019