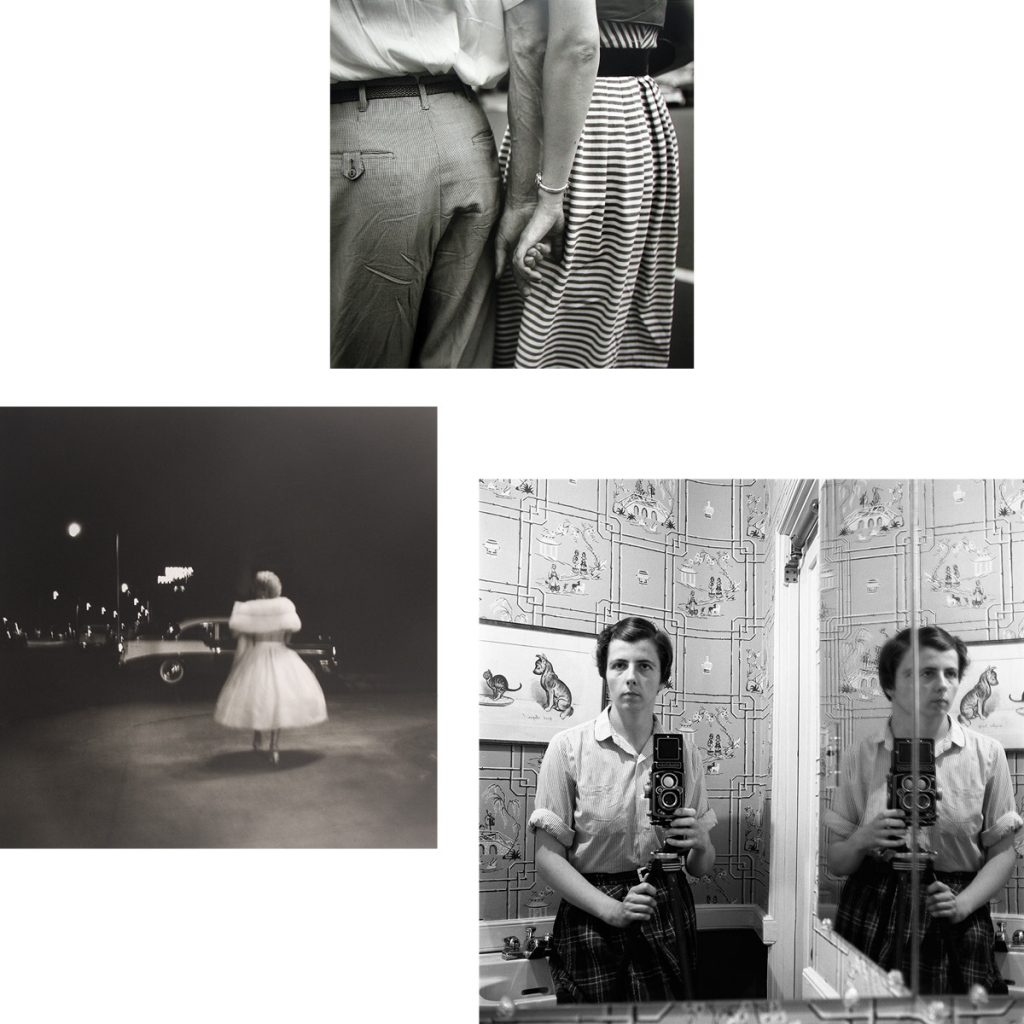 When several boxes of her film turned up at an auction in 2007, no one in the art world had heard of Vivian Maier. Fast-forward to today and she is considered one of the stars of American street photography, with a personal story that only heightens her mystery. Maier spent much of her life working as a nanny, never letting on that she had a lifelong and deeply-held passion for photography. She took her pictures in secret and left a large number of her film rolls undeveloped. Now, to celebrate her life and work, the Werkstattgalerie Hermann Noack in cooperation with New York’s Howard Greenberg Gallery has brought together an exhibition of 120 of Maier’s prints and Super 8 films.

Maier did not need to be schooled in capturing special moments and composing images. Instead she developed her own extraordinary perspective of New York and Chicago street life. Maier’s photos capture people unaware that they are being observed: sleeping men, couples holding hands and friends absorbed in conversation. She captures both the glamor of the swinging sixties but also the darker side of the era: suited men and ladies in fur coats hurry past beggars, alcoholics and petty criminals being taken away by the police. Maier herself remains in the background, never imposing herself on her subjects, her gaze neither leading nor judging. Maier is a quiet, brilliant observer with an ability to capture profound, humorous details in the viewfinder of her Rolleiflex. Then there are the self-portraits: looking sternly on, Maier photographs herself in the reflection of shop windows and brightly polished hubcaps. Her face appears distorted, appearing like a shadow at times. Maier is present and yet invisible. Now, at last, her creative world is being revealed and celebrated in full.