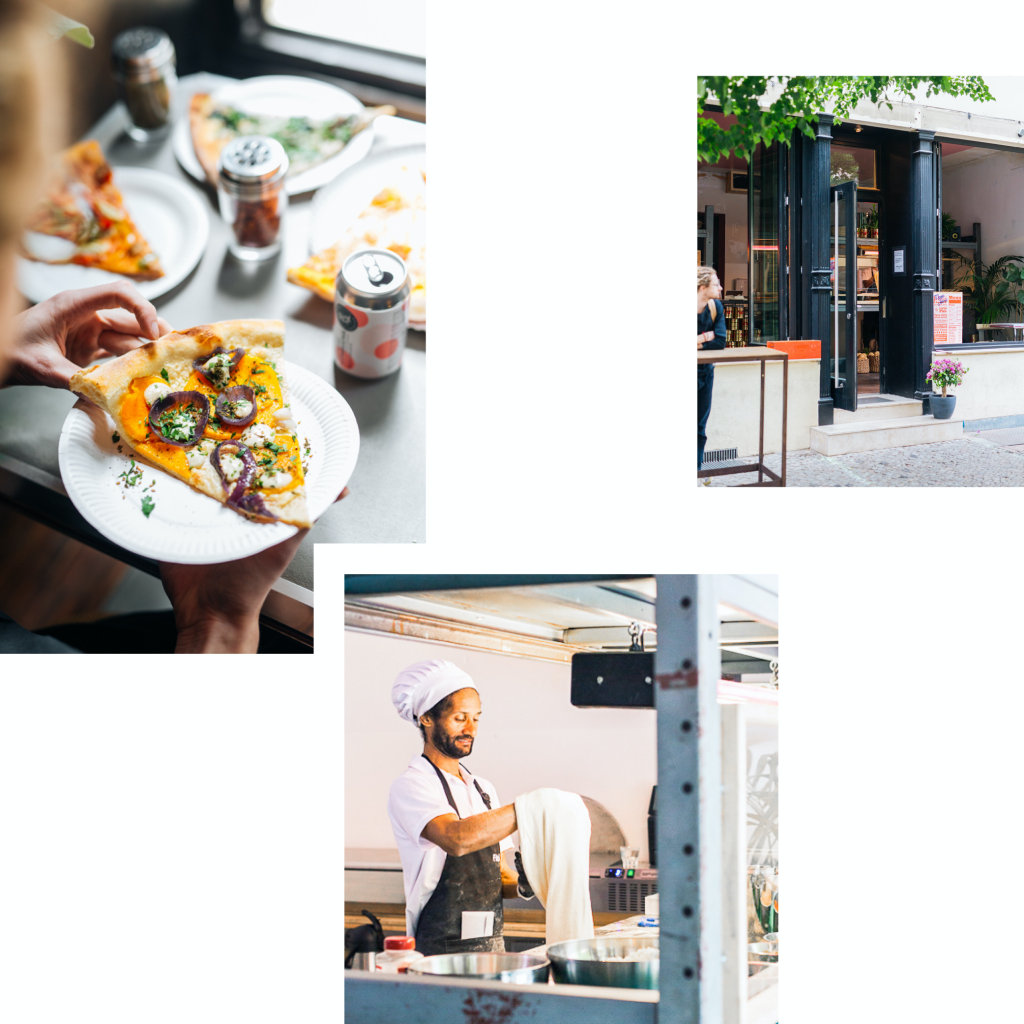 MAGIC JOHN’S: A SLICE OF NEW YORK PIZZA IN MITTE

Magic John’s has made New York-style pizza its speciality. Walk in and you are greeted by two scaffold-style displays where you can watch chefs lock and load the pizzas before you make your choice, either mixing and matching slices or going for the full pie. Israeli-born owner Jonathan Margulies moved to New York at the age of thirteen, where among other things (art school, delivering pizza, eating pizza) he opened restaurants with his brother Shaul Margulies (now co-owner of House of Small Wonder). After moving to Berlin in 2004, it’s not the big smoke he misses, but the pizza, and on the menu you’ll find classic Margherita, Truffle (white sauce, portobello, truffled ricotta and parsley) and Butternut (vegan option with squash, sesame sauce and caramelised onion) plus an olive-packed pizza that was a daily fixture in Margulies’ childhood diet (a pepperoni-decked option is on the way). Chase your cheesy slice with local Kombucha by Roy or beer by Motel. There are a couple of seats, but Magic John’s is intended to be eaten on-the-go, in a New York minute. (Text: Scarlett Peeters / Photos: Savannah van der Niet)