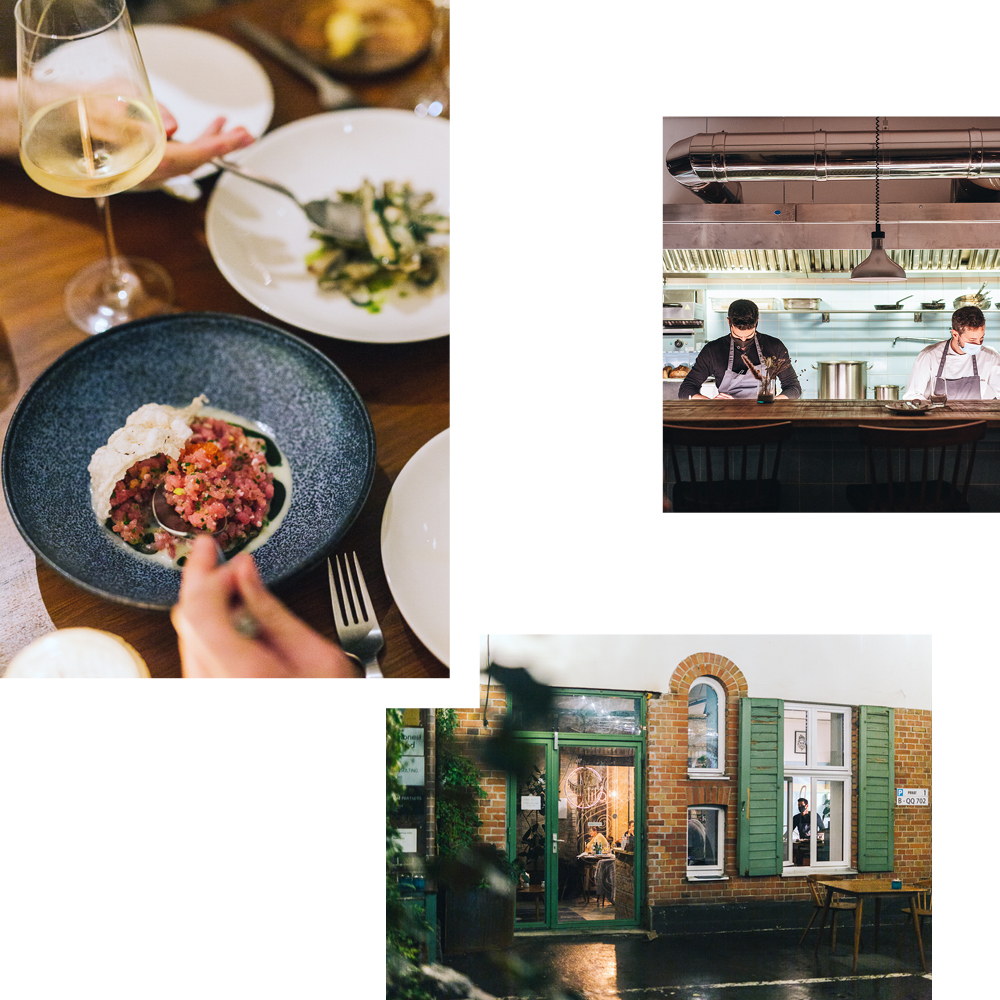 FISH AND SEAFOOD ON PAUL-LINCKE-UFER: PERUVIAN AND INTERNATIONAL CUISINE AT RESTAURANT LILA

It’s well-known that Peruvian cuisine borrows some of its flavors from Japan. But spaghetti with truffle and caviar? “I cook what I like,” explains Lila’s Omar Ben-Hammou with a smile. And it works! After stints at New York’s Le Bernardin and Melbourne’s Attica, the half-Peruvian chef has now settled on the Paul-Lincke-Ufer. In a Hinterhof behind Zola, Omar has opened an eclectic dining room, with oversized dreamcatchers and a sea-blue tiled open kitchen. Everything on the menu gives us deep wanderlust: a tuna tartare Nikkei style with wasabi roe and sushi rice crackers; barbecued razor clams; crescent-shaped octopus with hummus and a rich chorizo emulsion; and salmon in a dashi broth – it’s enough to make you forget you’re not by the sea. The desserts are anything but ordinary: a panna cotta with white chocolate and crumble, and an unbelievable caramel flan served with a dollop of cream. For liquid accompaniment, pisco is the way to go. Lila is the perfect place to get a taste of Peruvian cuisine – not to mention the excellent truffle pasta. (Text: Eva Biringer / Photos: Savannah van der Niet)