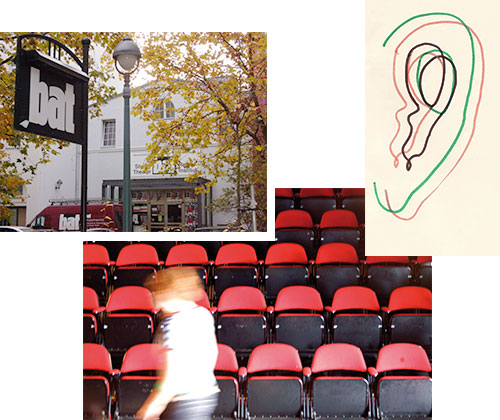 LISTEN UP! RADIO DRAMA AT THE BAT STUDIOTHEATER

When was the last time you actually tuned in to a radio drama? Personally, it reminds me of my childhood and shows like “The Famous Five”. But tonight you have a chance to listen to contemporary radio plays created by students of the Hochschule für Schauspielkunst “Ernst Busch” in collaboration with radio Deutschlandfunk. How does that work? Well it’s just like listening to the radio, except with a bunch of other people. I like the idea; disconnected from the permanent daily noise and focusing on only one of our senses. The first show discusses Peter Handke’s “Essay on Tiredness” and is an acoustic exploration on the onset of fatigue in the love of a young couple. In the second play we get to know Carl, who is struck down by a stranger and falls into a coma, no longer being able to distinguish between dreams and reality. And the third is about the figure of Don Quixote, who prefer living in the world of his novels of chivalry. Students are interviewed on their works before the “broadcast”, so let’s join them and be all ears! (Text & illustration: Lorena Simmel)