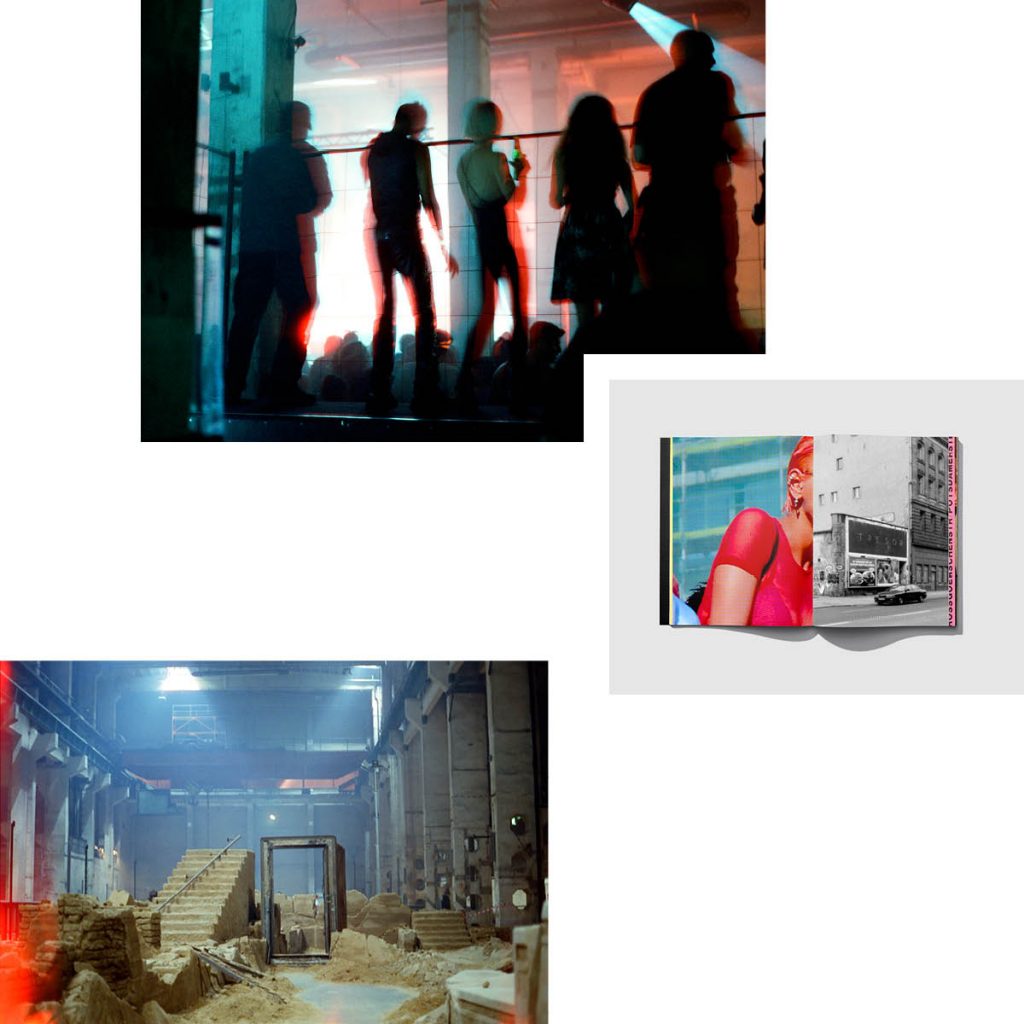 March 13, 1991: a crowd of club kids from East and West Berlin descend into the vault of a former department store on Leipziger Straße. Behind a giant steel door is a bare basement where, for the first time, ravers dance to Detroit techno until the morning light. Fast forward to today and the name of that club – Tresor – will be familiar to anyone with even a passing interest in nightlife. But how did it actually feel to step out onto that hallowed dance floor all those nights ago? A new exhibition at Kraftwerk Berlin, Tresor 31: Techno, Berlin und die große Freiheit, brings back the now-demolished club as it marks 31 years since that opening night (covid prevented a 30th bash). Indeed, one exhibit goes so far as to recreate the original space: “Stomping Ground” by Dutch artist Anne de Vries looks like Egyptian ruins but is in fact a lifesize Tresor carved out of sand complete with subwoofers, beer crates and toilet cubicles. It is the highlight of an exhibition that includes three floors of filmed interviews, private photos, vinyl records and faxes that document the club’s heydey.

As you make your way through the industrial bowels of Kraftwerk – a building that houses the present-day Tresor – soundscapes, interviews and music from the club’s namesake label are pumped into your ears via smart headphones. You hear from Tresor’s original team including flamboyant founder Dimitri Hegemann who recalls the once-in-a-lifetime chaos and freedom of post-Wall Berlin. Another interview with Hegemann’s colleague and club manager Regina Baer takes on new poignancy following the announcement of her death last month. Many of the youngsters who attended that 1991 rave will now have children of their own. You leave the exhibition hoping they too will get to feel the limitless freedom and community that pioneering spaces like Tresor made possible.