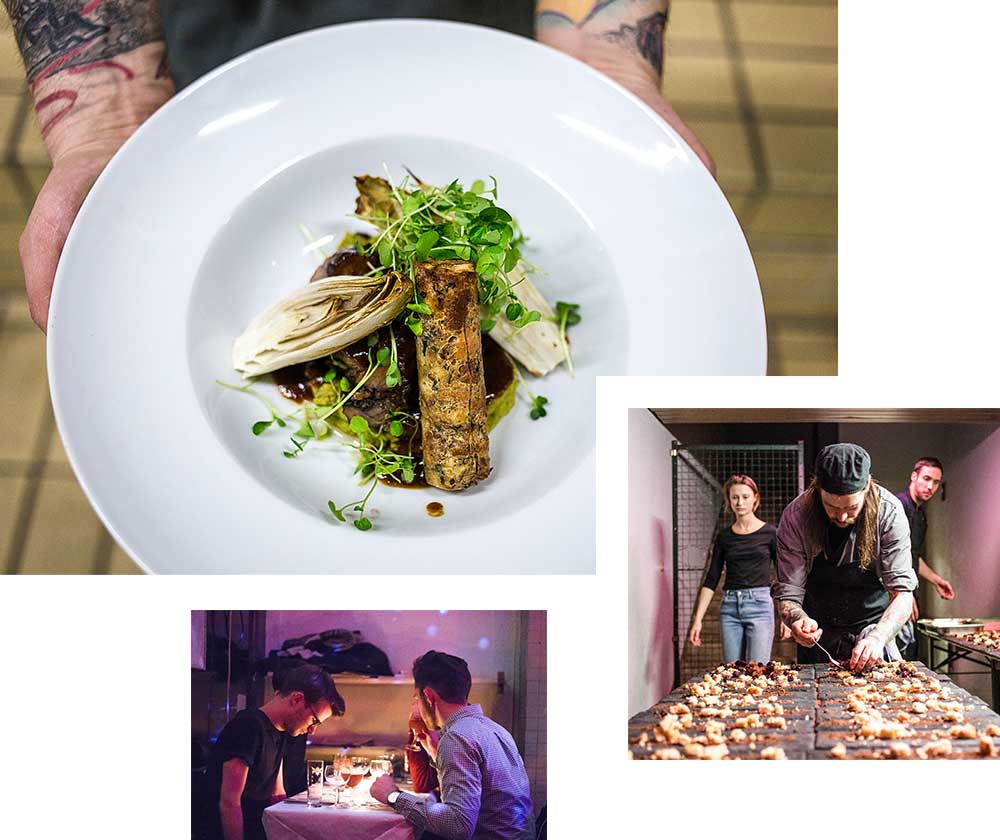 Thanks to Christian Wilke and Markus Bongardt, the rather young Berlin phenomenon of the “pop-up dinner” is experiencing a revival. These two men are well known in the city’s gastronomic scene. After joining forces in February, exciting ideas have been brewing and baking in their kitchen, culminating in the monthly pop-up dinner Wild & Wiese. Originally located at Stattbad in Wedding, the event has now moved to Silent Green. When I attended their second function, the menu starred delicacies like consommé with mushroom ravioli, a praline of codfish, and quail with pureed Brussels sprouts. The experience impressed not only in terms of taste, but visually as well – if I were to give points, the interior design would receive a full score. Music was also served: classical for the apéro, electro for dessert, and a performance by the surprise guest Aérea Negrot, the former voice of Hercules & Love Affair. I’m curious to see what the next edition has in store. Since the concept is quite successful, I highly recommend booking early. (Text: Jessica Joyce Sidon)

20 seats will be saved for our readers until this Friday at 12h. Please reserve via email with “Cee Cee” in subject line.

After leaving her home in Hamburg and her second home in Paris, Jessica-Joyce Sidon settled in Berlin in 2011. She worked as a PR consultant before taking maternity leave in May 2015.