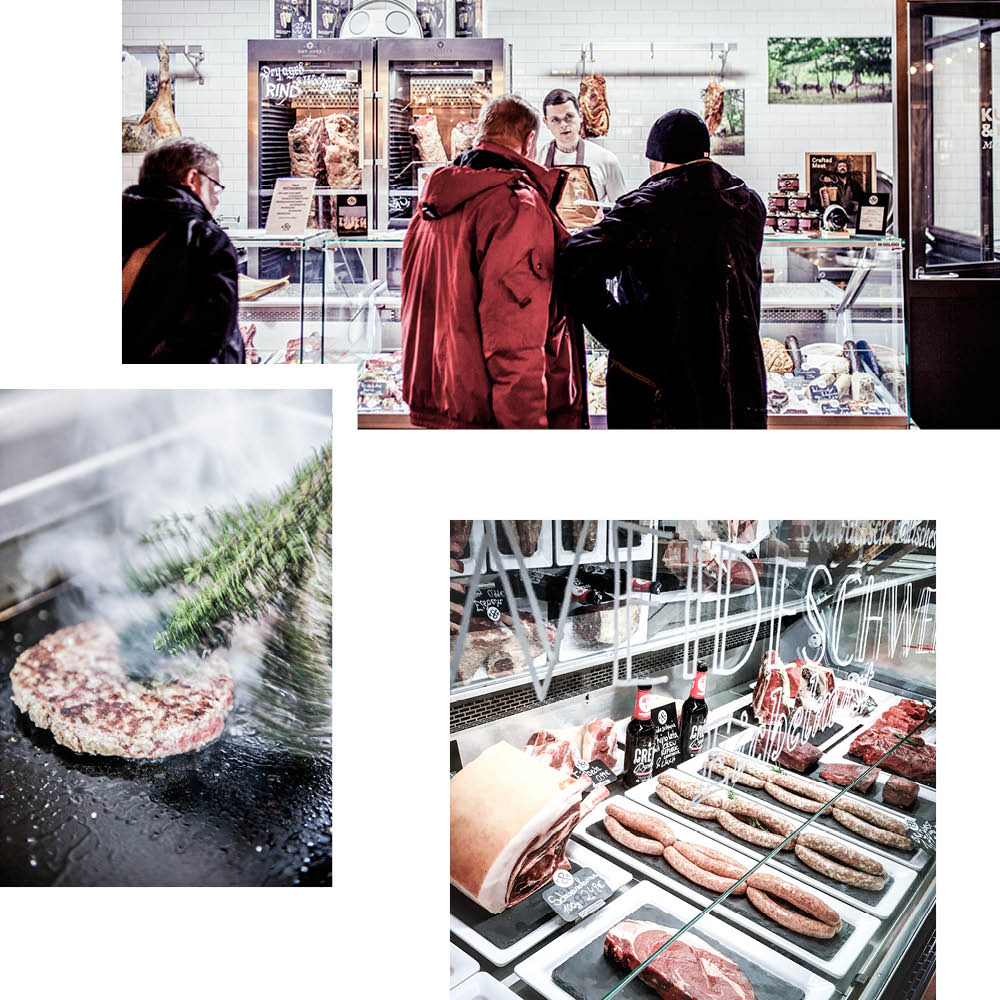 The meat industry hasn’t had it easy. Transparency has long been an issue in production processes. At Markthalle Neun, the glassed-in butcher Kumpel & Keule wants to change this tainted image. Spearheaded by two young and ambitious men, Kumpel & Keule is all about sustainable meat consumption. Jörg Förstera, who has mastered his craft since 2006, previously managed the meat department at KaDeWe for many years. Together with Hendrik Haase, author of the book Crafted Meat, the duo wants to bring the ecological production of meat and sausages closer to consumers. The meat is delivered by regional farmers in producers’ associations, who maintain free-grazing animals, and favor short-haul journeys of their livestock. Shoppers can also purchase German classics, such as Bratwurst and Leberwurst, as well as Italian salsiccia made with fennel, alongside French Saucisse de Toulouse, and tender tartar. For nose-to-tail cooking, less-popular offal is available. For a quick bite, try the Teriyaki Bratwurst, or a portion of freshly ground tartar. (Text: Stephanie Johne)