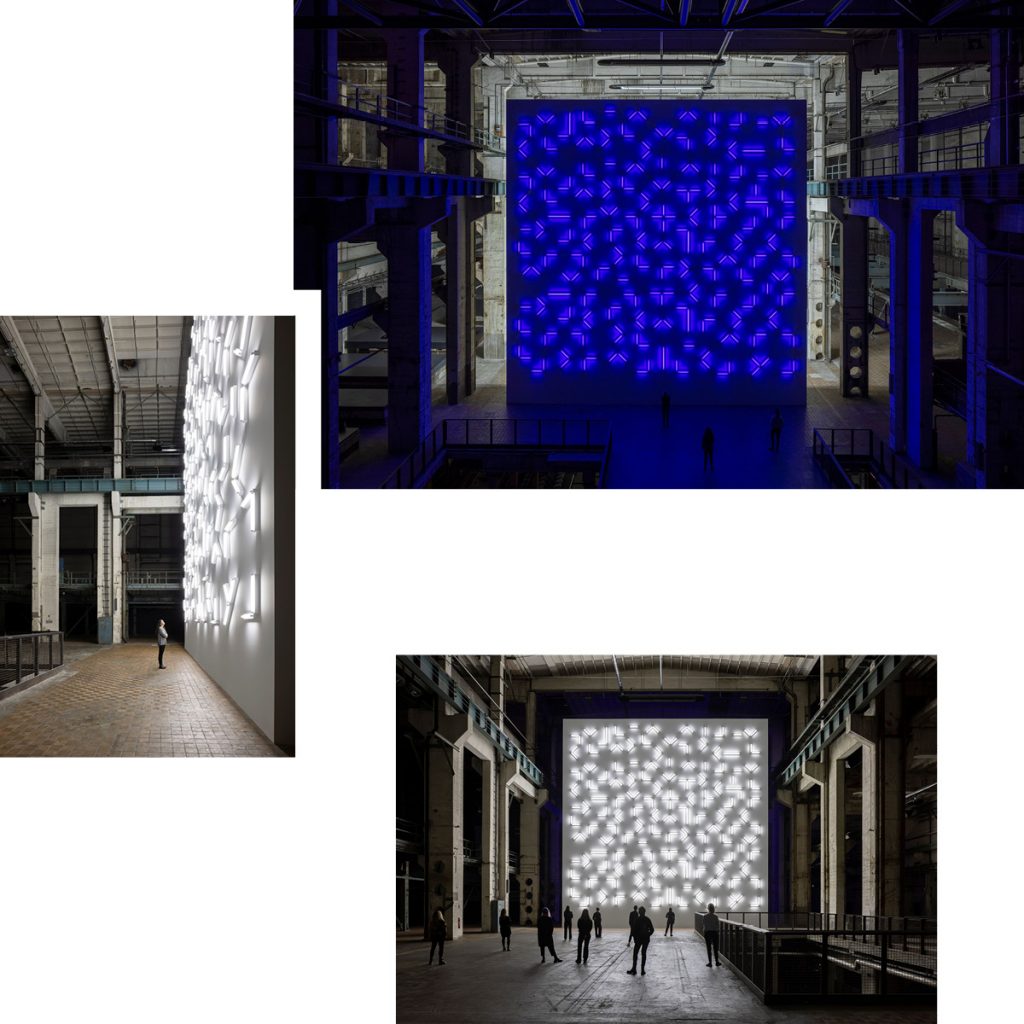 LAS — LIGHT AND SPACE FROM ROBERT IRWIN AT KRAFTWERK BERLIN

The American artist Robert Irwin began his career as a painter before swapping canvas for open space in the 1970s. Since then, he has been challenging perceptions with his minimalist spatial interventions that often use light. Today, Irwin is a leading member of the “Light and Space” movement and has collaborated with fellow artists like James Turrell and NASA researchers, demonstrating his broad artistic interests. You can now view the largest Irwin work ever to be shown in Europe at Kraftwerk Berlin as part of Light Art Space’s residency at the former power station. Irwin’s “Light and Space” series premiered in 2007 and has now been re-created using fluorescent tubes mounted on white walls in an abstract, highly rhythmic arrangement. The work – Light and Space (Kraftwerk Berlin) – sees Irwin combine white and blue fluorescent tubes mounted on both sides of a free-standing 16x16m wall. The artist creates a comprehensive visual experience that takes our own perception and makes it part of the work, immersing us in his sensory experiment.