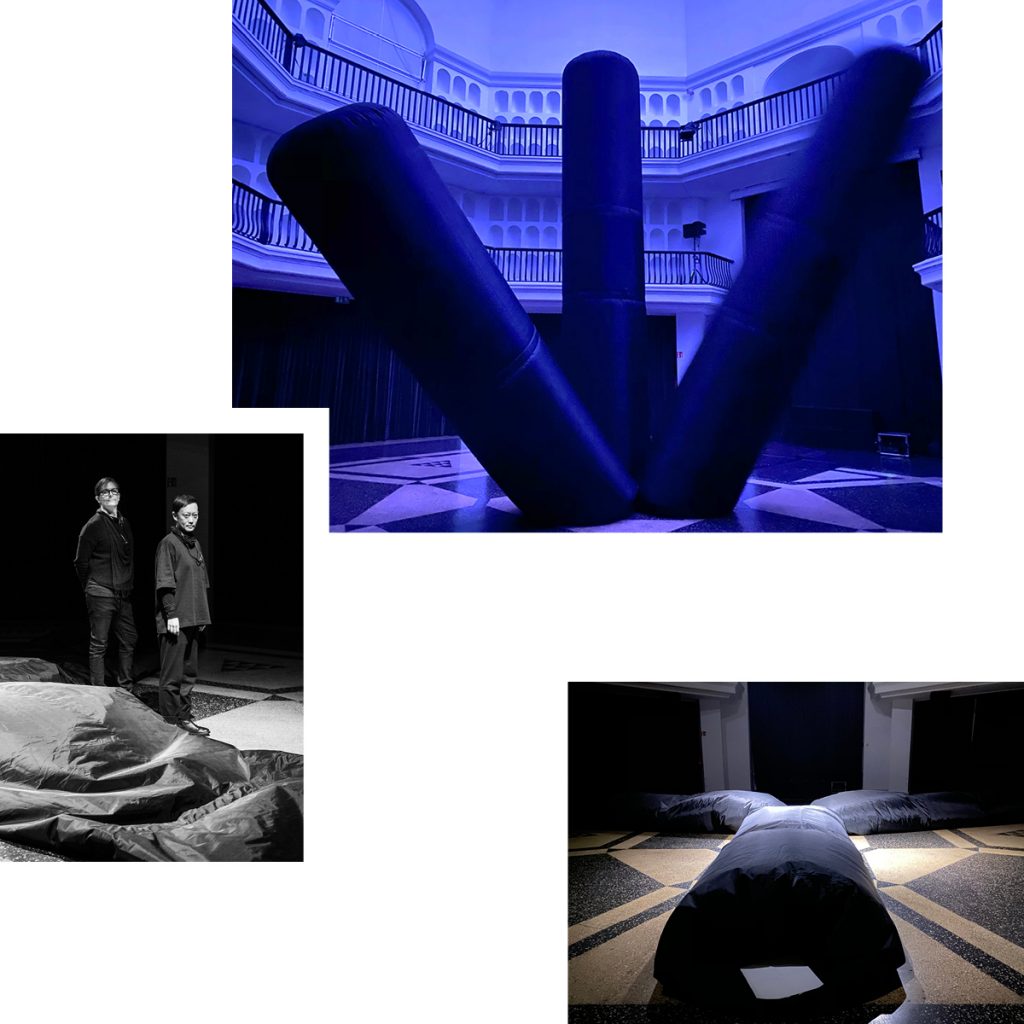 For almost two decades, New York artist Alex Schweder has dedicated himself to architecture that takes on a life of its own, regularly filling museums and galleries with his “inflatables”. Now he’s a guest in the domed hall of Silent Green with specially-created new work. Next weekend (24-26.06.2022), Schweder and Japanese sound artist Mieko Suzuki will present The Breath Before, an impressive installation that focuses on the air that surrounds us every day. The respiratory cycle of swelling and slackening, inhaling and exhaling is thematized not just visually but for the first time using the work itself as an expansive instrument. As his large columns slowly build and collapse, you can observe the rustling of the fabric and the roar of the fans filling the sculpture with air.

Mieko Suzuki enhances this effect by modeling the sounds live using contact microphones. In the 17-meter-high vault, you become part of the installation yourself as you enter the almost meditative state that the duo’s work induces. With “The Breath Before,” Schweder and Suzuki not only create a metaphor for the pandemic during which breathing became a political issue, but transcend the here and now by rendering the interplay of creation and decline eminently palpable.