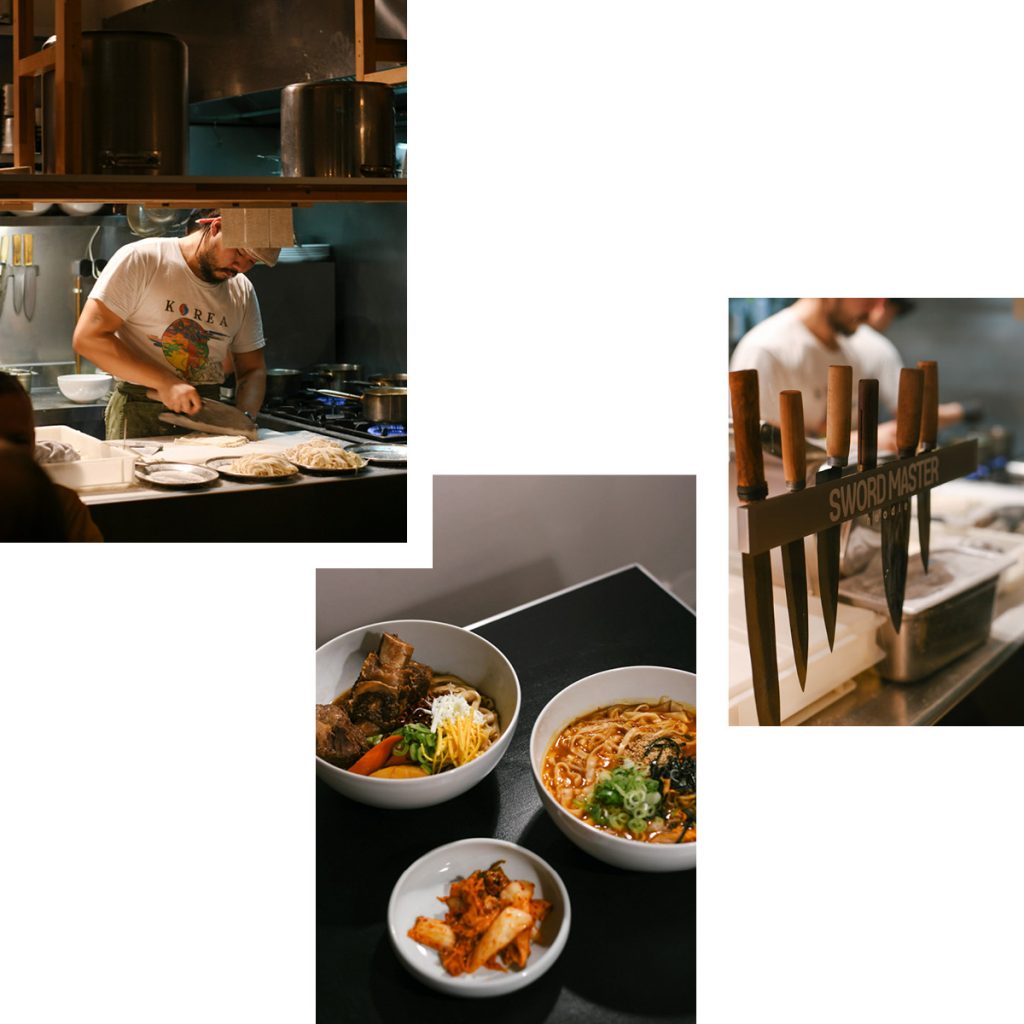 While the pen is usually mightier than the sword, there are some exceptions – like Sword Master Noodle. This Korean restaurant opened up shop in Prenzlauer Berg in September 2022 and serves traditional Korean wheat noodles which are hand cut with the blade of a knife. The resulting dish is called Kalguksu – a traditional Korean noodle soup whose name roughly translates as “knife noodles”. It’s a concept you won’t find elsewhere in town – all the more reason to pay a visit to this small, minimalist restaurant. If you’re quick, you can secure a seat right next to the glassed-walled kitchen and watch the steaming dishes being prepared. As far as the menu is concerned, less is more: you can choose between four generously portioned soups, served by one of the attentive owners. Whether you go for beef, chicken, grilled mushrooms or mussels, it’s worth ordering an extra portion of the fantastic homemade kimchi as a little treat. Just what you want to stick your fork – and knife – into.