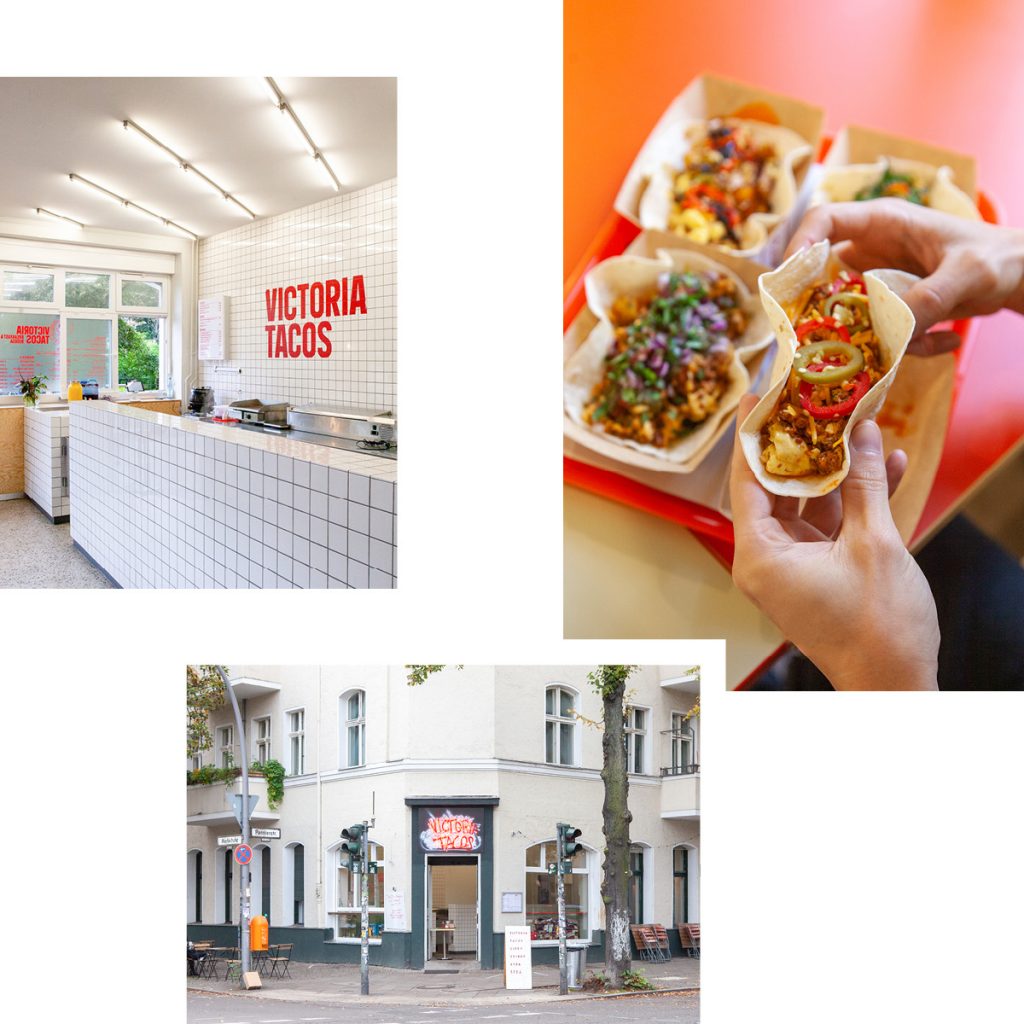 When you think of tacos, you probably think of an avalanche of spice which, while extreme, always delivers the goods. This is exactly what Victoria Tacos founders Robert Jung, Bayo Adafin and Christoph Hameister wanted to create when they began running filled-tortilla pop-ups back in summer 2020. Inspired by New York taquerias and Mexican street food, the trio’s concept now has its own home: a sleek white-tiled restaurant on the corner of Maybachufer and Pannierstraße which opened its doors in June 2021. News of the team’s tacos has spread fast (we advise you to go early to avoid the queues), with a veggie-friendly menu that includes our personal fave: the Quesabirria with chili marinated jackfruit, melted cheese, coriander and onion. Now, off the back of this success, the taco pros have extended their menu with a breakfast for foodies who don’t mind starting the day with some heat. Every weekend from 9h the team serve proudly unconventional breakfast tacos including hearty scrambled eggs with chorizo for meat lovers, an egg and mashed potato version for veggies, and for vegans a creamy cauliflower scramble with toasted sunflower seeds, pickled jalapeños and parsley.

For those wanting to rouse themselves after a particularly late night, there’s the “back-to-life” taco: an egg-filled tortilla with chorizo, mashed potato, cheddar, pickled jalapeños and hot sauce with red or green salsa for extra spice. As for drinks, there’s the Cafe Onhe Olla, a traditional brew that means “coffee from a clay pot” (add a tequila shot if you’re feeling brave). For something more refreshing, there’s the Aguas Frescas with orange, pineapple and cardamom, blueberry, cucumber and lavender, or traditional hibiscus mint. If you aren’t satisfied after all that, you can finish up with the “Mamas Breakfast” dessert comprising homemade cornbread, milky horchata de chufa and a mixed berry compote. It’s a good thing Victoria Tacos is by the Maybachufer: a canalside walk might be just what you need after all that indulgence…