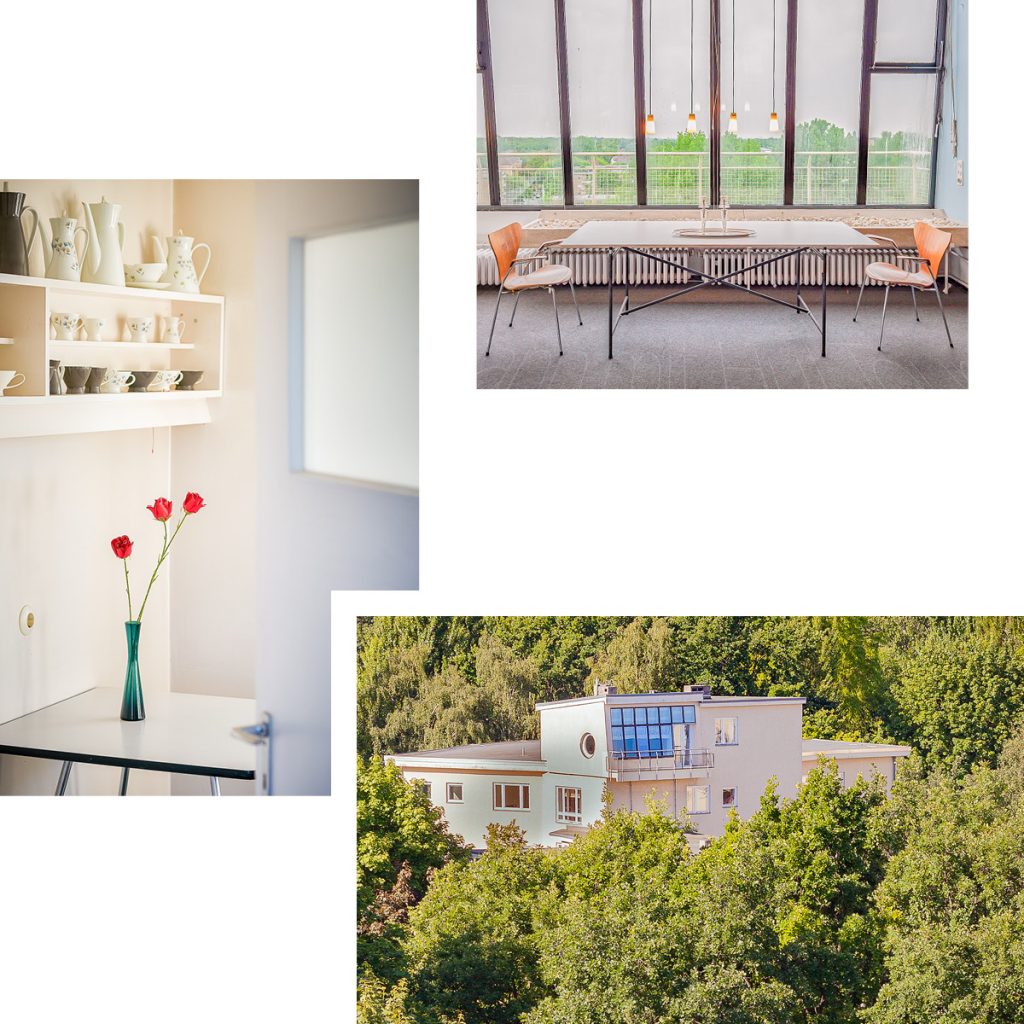 Hans Scharoun never saw his buildings as abstract concepts; he always intended them as places for people. The late architect was a proponent of “organic building”, leaving his mark on the Berlin cityscape with the likes of the 1963 Philharmonie which features an iconic tented golden roof and ship-like portholes. Maritime elements are common in the Bremen-born designer’s work, including at Scharoun’s own studio on Heilmannring in Charlottenburg-Nord. It was here, amongst the housing estates he helped design, that the architect lived and worked alongside his wife, fashion journalist Margit von Plato. Today, the studio, which was Scharoun’s workplace until his death in 1972, can be visited as part of a guided tour.

Though its furnishings are long gone, the studio offers a revealing insight into how the architect planned his buildings. Looking out of the huge eighth floor windows onto the surrounding flats and greenery of Volkspark Jungfernheide, you can imagine Scharoun at work on his designs. Normally, studio visits are only offered four times a year, but to mark the 50th anniversary of the architect’s death, tour guide Christian Fessel is offering group visits to the studio on an (almost) monthly basis (the next is Sunday 02.10). The two-hour tour through Charlottenburg-Nord includes a journey around the 1920s Siemensstadt housing estate, which was designed by Walter Gropius and Fred Forbát as well as Scharoun. Well worth a visit, the site has UNESCO World Heritage status.

Guided tours of Charlottenburg North with a visit to Hans Scharoun’s studio can be booked online.
Sun 02.10.2022 11h & 14h15. The studio does not offer disabled access.