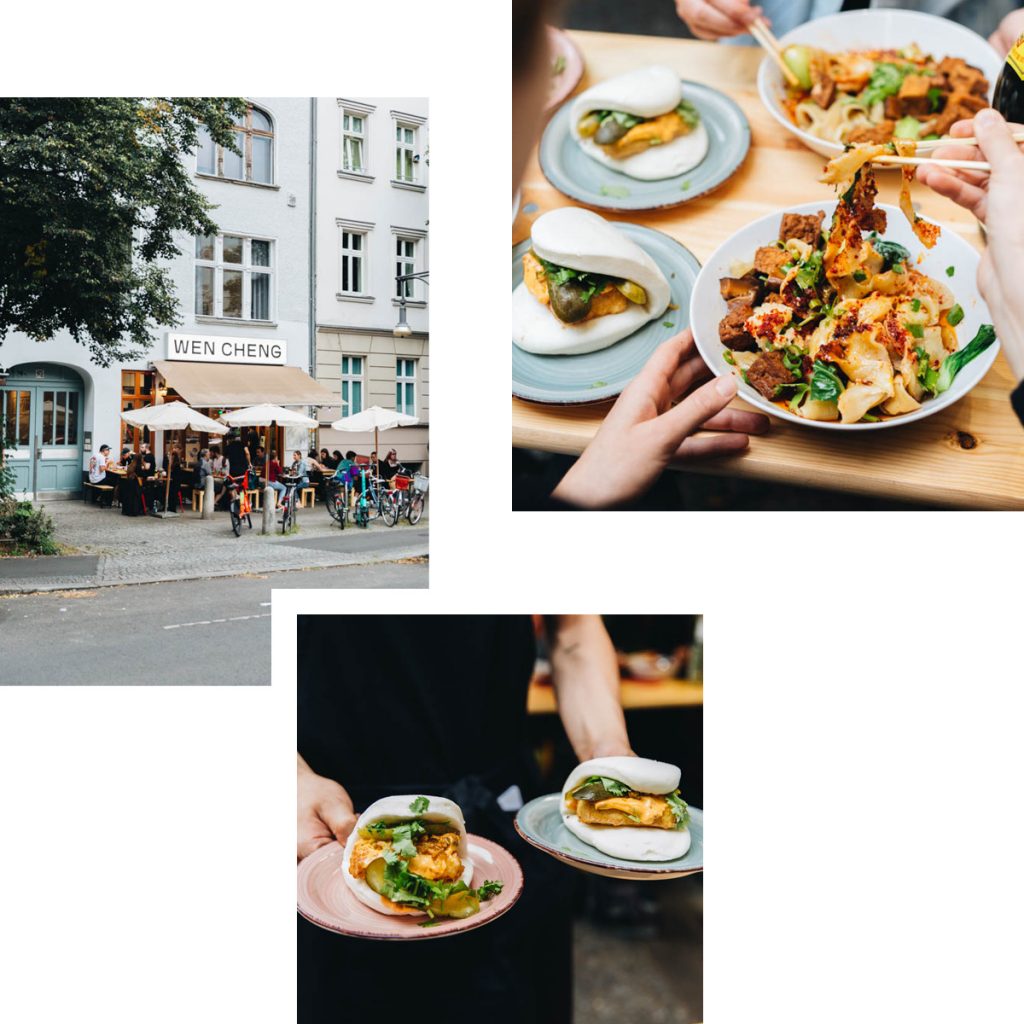 I have a soft spot for noodles. So when I tried the chunky, delicious variety offered at Wen Cheng, I was completely bewitched. The trick at this in-demand Prenzlauer Berg restaurant is to eat correctly: specifically, you have to mix your noodles with the oil before eating them. In fact, owner Rui Gao checked our table several times to check whether we had blended our dishes well enough to get the best taste. Only then do the flavors of chilli, Sichuan pepper, cinnamon, cumin, garlic and spring onion combine to make an explosion in your mouth. That’s the magic of hot oil! On the menu you’ll find two kinds of noodles: Biang Biang – served with either beef, tofu and shitake, or lamb and cumin – and Wen Cheng, a less oily option with additional pickles to bring freshness. Meanwhile, for smaller appetites there’s tofu or chicken Bao buns served with Szechuan pepper aioli. Incidentally, the name “Biang Biang” is inspired by the sound created when the noodles are slapped and stretched out in the kitchen (you can witness this yourself behind the restaurant’s counter!). The place is owned by brothers Rui and Peng Gao, who shared the story behind the name with us: Wen Cheng is a dying dialect spoken by their mother in the province of Zhejiang in China. By naming their restaurant Wen Cheng, they are keeping the memory of the family’s heritage alive.

Magdalena Komar is a chef and food stylist based in Berlin. You’ll find her doing plant-based pop-ups around town.