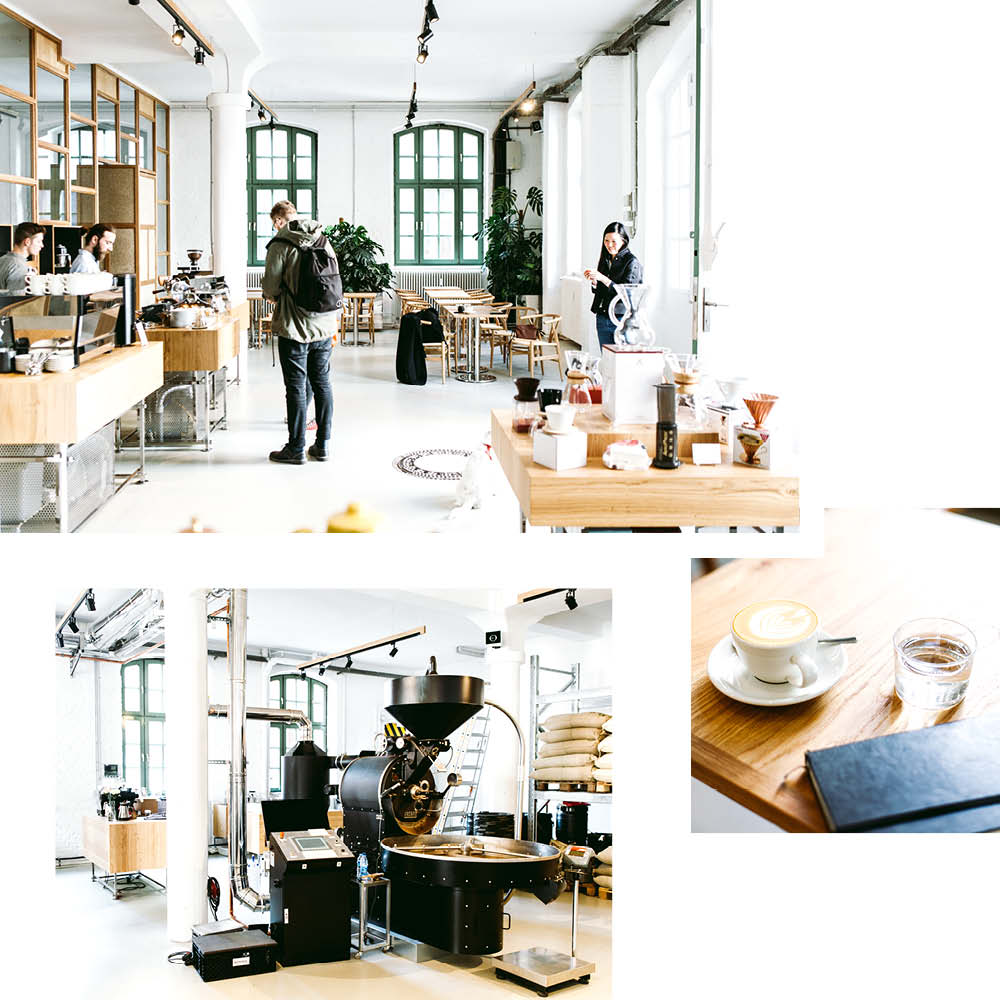 Anyone who has lived in Berlin is sure to know the little café at Oderberger Straße, constantly packed with happily sipping customers; Bonanza Coffee was partially responsible for igniting the third wave coffee hysteria here. It’s understandable, therefore, that for their 10th anniversary, the guys from Bonanza treated themselves to a shiny present: a new roastery and coffee shop located in a peaceful Kreuzberg courtyard. With an interior designed by Marick Baars, the listed metalwork and carpentry building now hosts a small shop area, a counter for ordering drinks and, needless to say, the roastery itself. The bright space is divided in two by a huge glass-panelled wall, allowing customers to peek behind the scenes as the staff roast, test and package their products. Their priority, however, remains the coffee itself, as they work with beans from a network of suppliers in countries such as Ethiopia, Colombia and Honduras. After carefully roasting their beans in a rebuilt 1965 Probat UG22, they serve it with specifically sourced milk in order to make that perfect, creamy flat white. (Text & Photo: Daniel Farò)