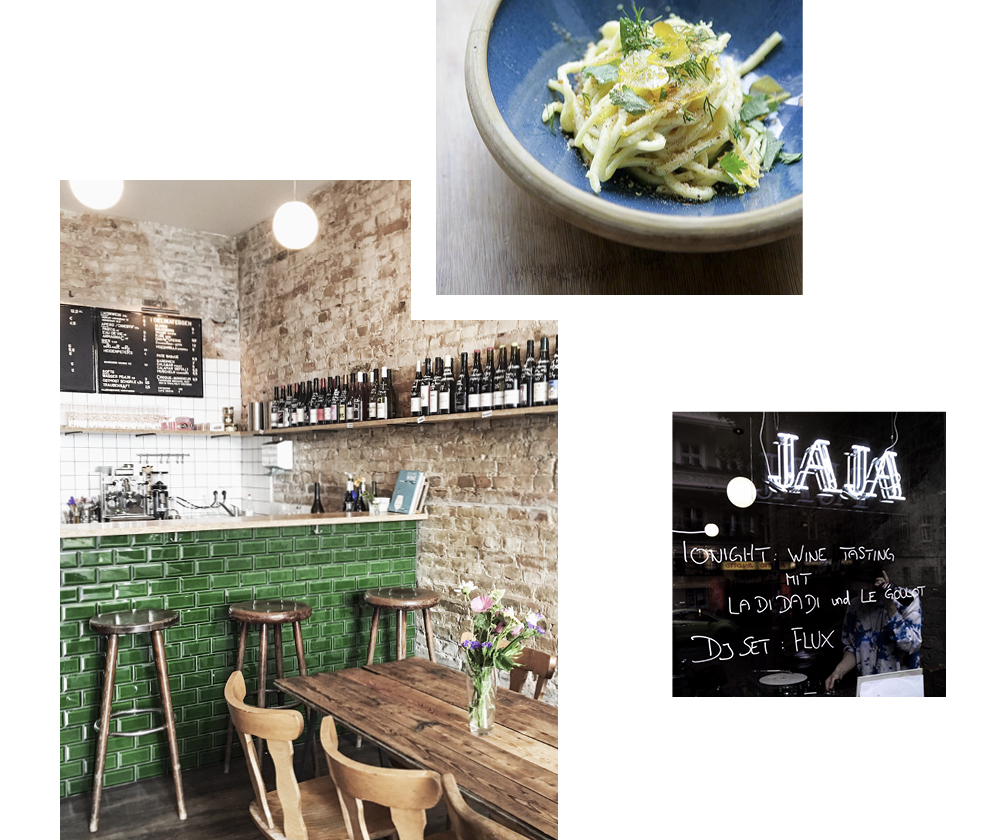 Open since late March 2016 and run by French-German pair Yulja Giese and Etienne Dodet, Jaja is named after a somewhat old-fashioned French slang word used to describe everyday wine. Located on Neukölln’s Weichselstraße, this natural wine bar offers an ever-changing selection of reds and whites as well as the occasional orange wine — a rarity. Each wine currently on offer can be ordered by the glass and is usually priced at 4.50€-6.50€, which makes Jaja a great place to get to know natural wines. You can also purchase bottles — either to-go or to drink in-house — and the selection that the Jaja team put together features many staples of the natural wine world, including wines by Jeff Coutelou — one of the best natural wine makers. However, don’t go here only for the wine: the place frequently hosts pop-up dinners with Berlin’s most sought-after chefs, including Mathias Gondol, a young French chef and dedicated follower of the farm-to-table movement, who takes over the stoves at Jaja every Saturday. (Text: Camille Darroux)

Camille Darroux is a digital consultant, freelance writer, and director of Mimosa Agency. She has been living in Berlin for two years.