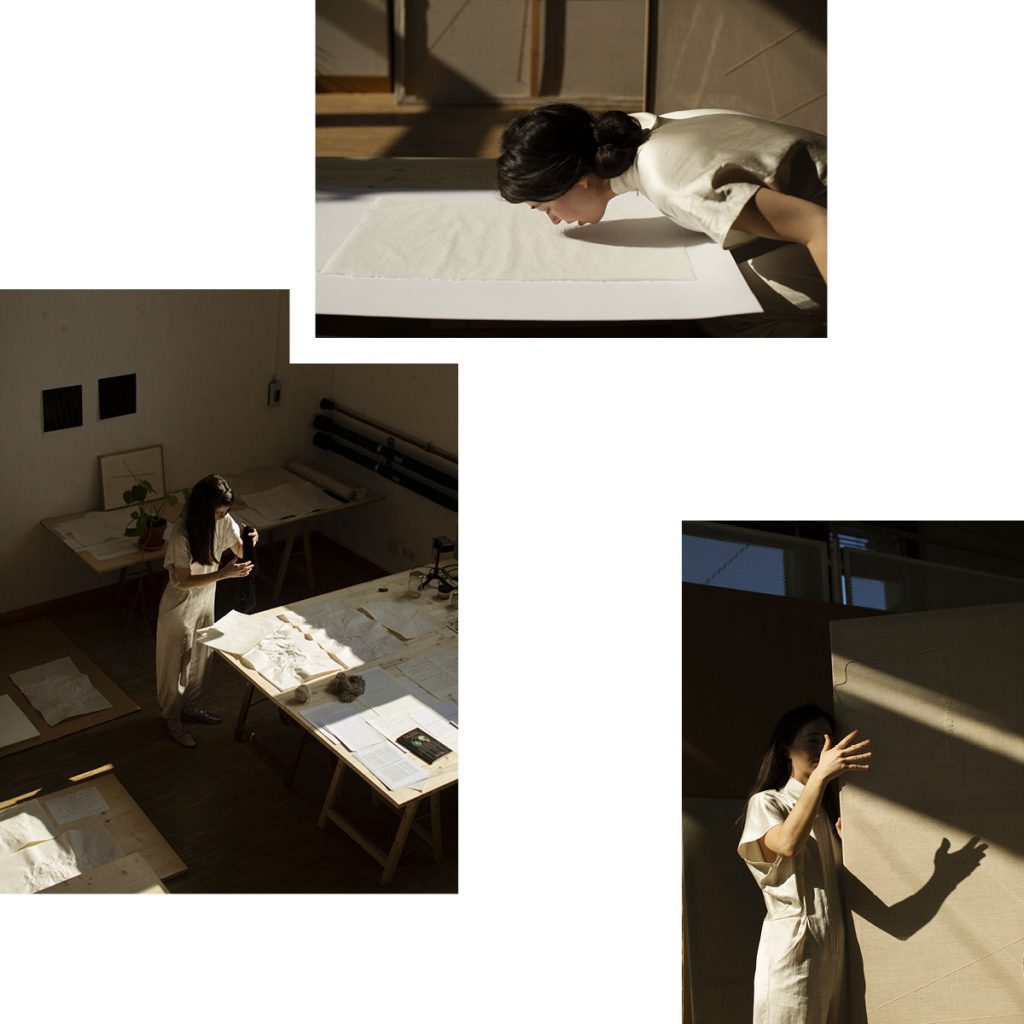 SCULPTURE IN SOUND: SINGING WITH AYUMI PAUL AT GROPIUS BAU

What does cohesion sound like? What sounds are in the air before a song is created? Ayumi Paul has been seeking answers to these questions as artist in residence at Gropius Bau since August 2021, where she regularly invites visitors to sing together. As a violinist and composer, she played concerts all over the world before turning to art a few years ago. Now, instead of opera houses, she performs in museums and has traded playing in front of an audience for creating collective sound. She views The Singing Project as an aural sculpture that constantly reshapes itself depending on who’s in the room at any given moment. To sing with Paul you don’t need any prior knowledge or training, just your own voice. In the past, this was doneexclusively at workshops, but from now until January, you can join Paul for an ongoing discovery of her growing archive.

In five freely accessible rooms, laid out as a musical score, visitors can discover notes, sound and dream studies, and embroidered scores with which Paul has traced vocal traditions. Also on exhibit for the first time are sound works composed to the rhythm of the seasons during her time at Gropius Bau. Those who want to immerse themselves completely in Paul’s project will have the opportunity to do so today (24.11) at 16h. As part of her Ears Listening to Feet series, Paul will be hosting a conversation with Charlotte Wiedemann, a bereavement counselor and journalist. In addition to discussing death and the rituals around dying, Paul will create larger-than-life soundscapes with the audience.