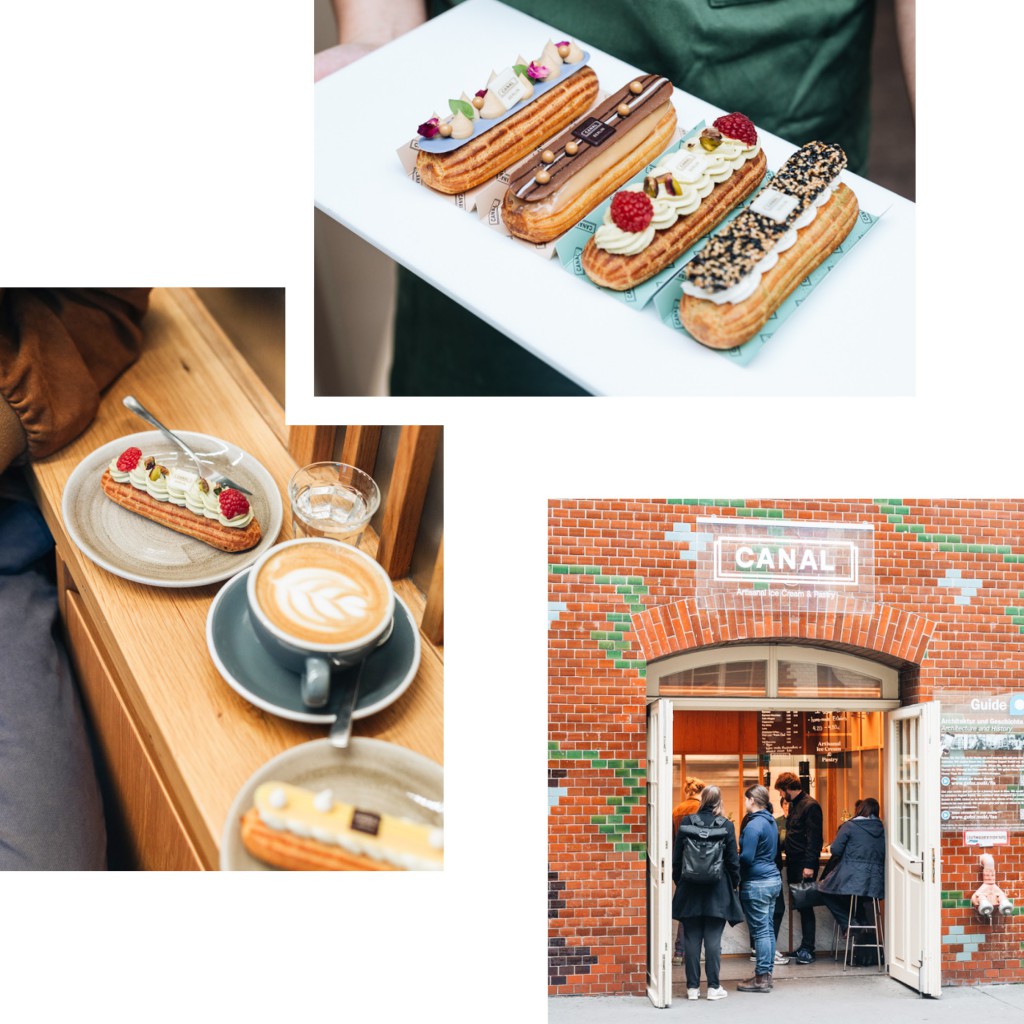 I have a big sweet tooth, so it’s lucky for me that I get to report on one of the tastiest spots in Berlin: Canal. Having started this compact cafe as an ice cream shop in 2015, co-founders and pastry masters Daniella Barriobero Canal und Guadalupe Eichner decided to move into eclairs to keep customers happy during the winter months. The pair worked intensively to create the best eclairs possible, and if you want to get your hands on one of the nine deliciously indulgent varieties they’ve developed, my tip is to get there early. You won’t want to miss out on the likes of the pistachio and raspberry eclair, with Sicilian nut pastry cream, whipped ganache and fresh berries; or the matcha sesame, which features the best Valrhona Opalys white chocolate. Sneak a couple of these delights home with you in a box when you next stop by for a coffee. (Text: Liza Kovalova / Photos: Savannah van der Niet)