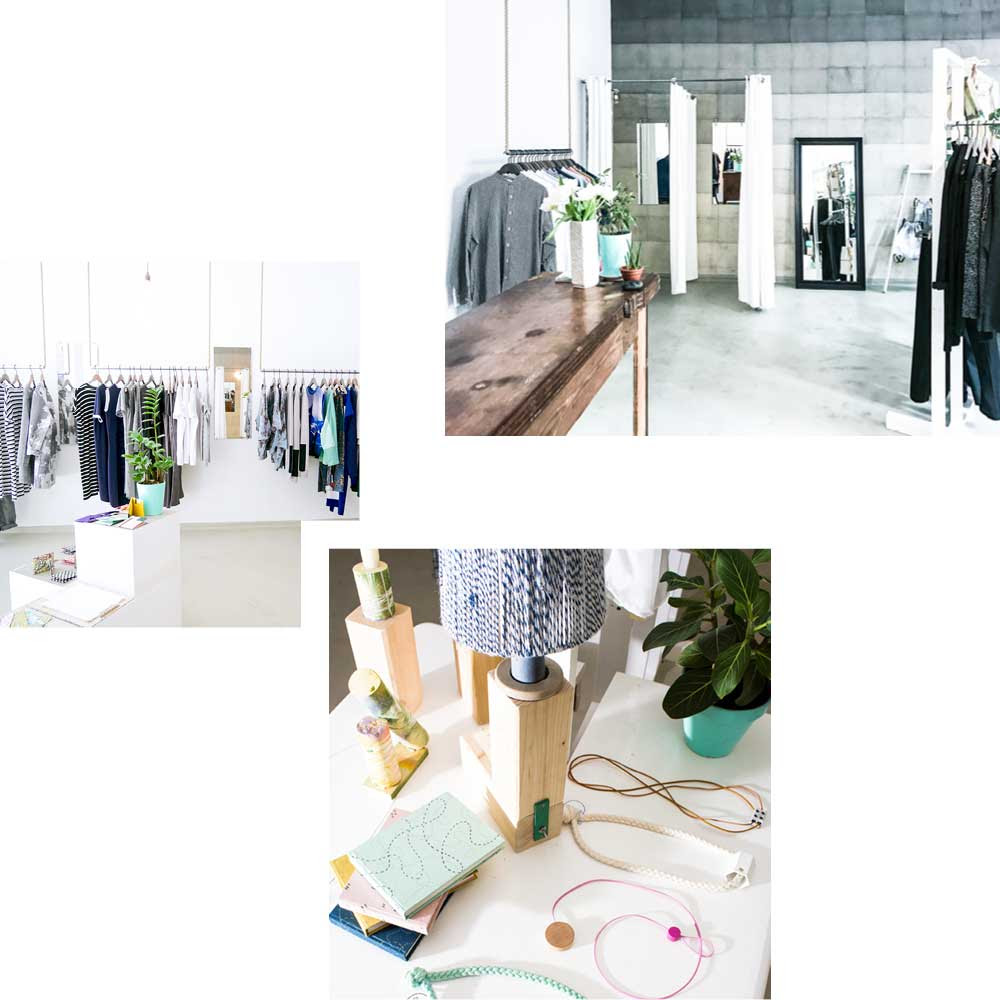 Shio is a small clothing shop that has been flying under the Neukölln radar for about six years now, providing a welcome contrast to the local topography. The shop’s owner, Kate Pinkstone, has run the place by herself since the beginning, which shows in the considered, warm details to be found throughout. Kate’s approach initially spoke to me because of her heavy use of upcycling — where she takes clothes found at flea markets, alters them in ways that are almost alien to their original form, and gives them new life by combining them with unique fabrics. The results are fresh pieces with a timeless quality and simple silhouettes that allow the fabrics to speak for themselves. I became such a big fan of her approach, and am sure that at least half of my shirts are from Shio. Since 2012, the shop has grown to include a studio space and workshop housing four local designers and makers. (Text: Peter Duran / Photos: Kate Pinkstone)

Peter Duran is the co-owner and operator of Isla Coffee Berlin and hails from near Detroit (Michigan). Peter has lived in Berlin since 2014.