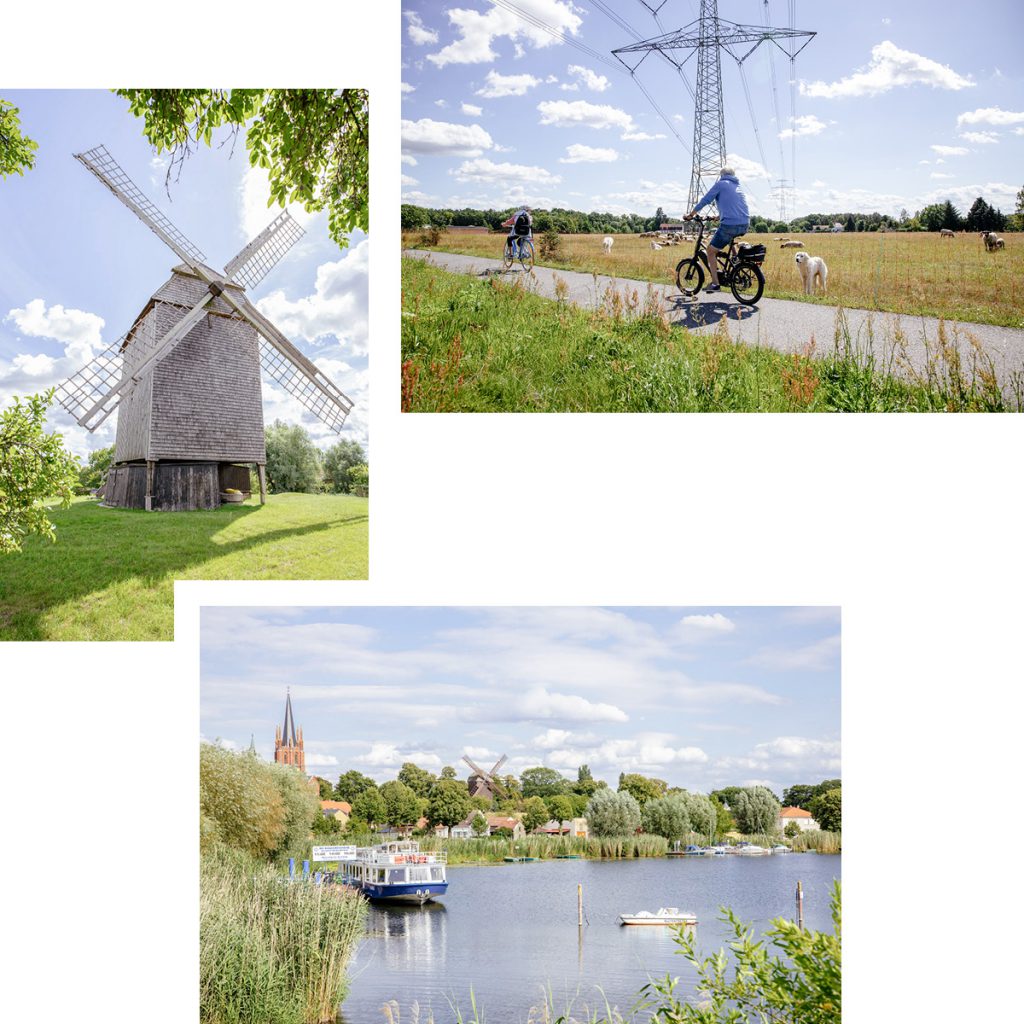 Prussian palaces, historic windmills, Gothic churches and lots and lots of nature – that’s what awaits you on the Rund um Berlin cycle route, which opens in Brandenburg this month for the 2021 summer season. You already know the Ringbahn and the Berliner Ring, but this orbital route is made for two wheels, offering 330km of countryside cycling that is fully integrated with Berlin’s public transport network. Developed by Berlin and Brandenberg’s regional parks association, the idea is simple: just take your bike on the train to one of 28 starting stations and join the route from there. The stretch comprises cycle paths and calm roads that take you through forests, meadows and tranquil villages. And if the idea of cycling 330km seems daunting, not to worry: the route is divided into 11 stages, which you can sample on the discovery day on 29.05.2021 which marks the launch of the project. Join one of five tours of between 20km and 60km in length with an expert from the Allgemeine Deutsche Fahrrad-Club as your guide.

Tour 3 for instance meets at Hennigsdorf station and takes you on a 3-4 hour route past the baroque Schloss Schwante and the Bockwindmühle Vehlefanz – one of the oldest remaining windmills in the country – with additional stops at a milk vending machine and the farm shop at Spargelhof Kremmen so you can recharge your batteries. To finish, the tour heads to the station at Kremmen where you can take the train back to Berlin via Spandau or Hennigsdorf. Who knew cycling in a circle could be this fun?

Rund Um Berlin – to register for one of the free discovery day tours send an email to entdeckertag@groeschel-branding.de with your name, address and the tour you would like to take part in.