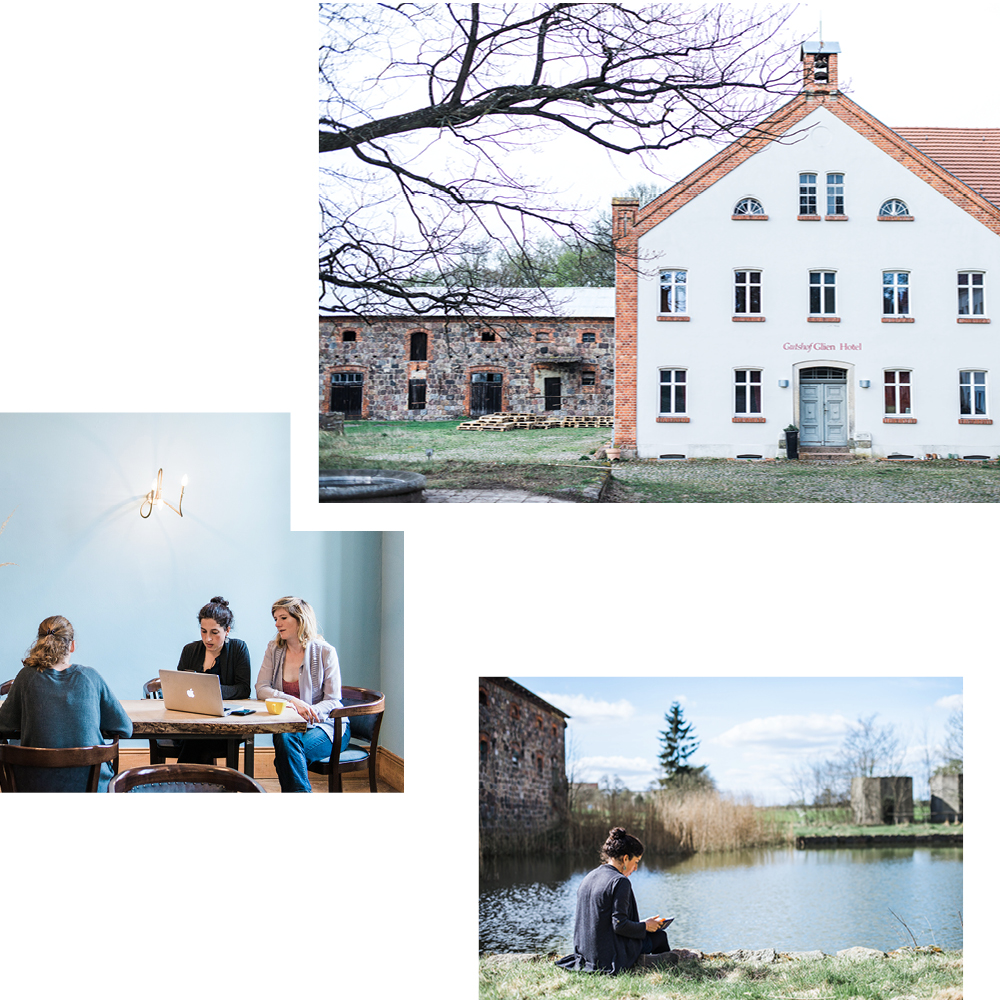 Newly nestled into the tranquil Brandenburg countryside is Coconat: a “Workation Retreat” where creative minds can escape the distractions of the city to clear their heads, refocus on the essentials and harness their long-term productivity. A thoughtfully-designed passion project by and for digital freelancers, “Coconat” stands for “community and concentration in nature”. Since its opening on 29.4.17, the former hotel at Bad Belzig (a 75 minute drive from Berlin) has been transformed into a country home with high-speed wifi and surrounded by lush nature, allowing you to swap your after work takeaways for an evening walk in the forest (followed by dinner prepared with organic regional ingredients). There are open-air workspaces, seminar rooms and sleeping spaces, plus whispers of an open-air cinema and sauna on the horizon. Here, space for new ideas is abundant. (Text: Ulrike Schäfer / Photos: Tilman Vogler)

Ulrike Schäfer moved from Bavaria to Kreuzberg in 2005, to which has been faithful to her ever since. She’s been blogging about yoga since 2014 and has recently started to teach it. She’s also Head of Content at Juniqe.