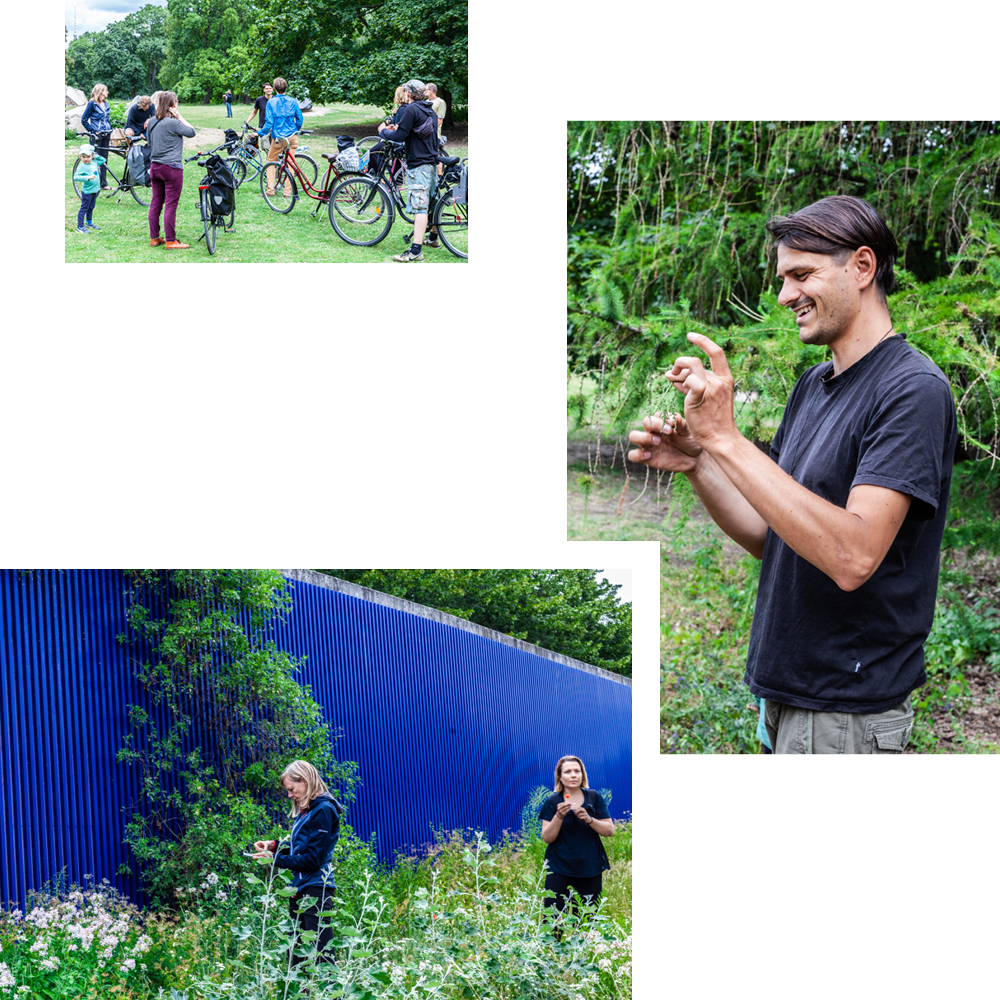 If you think that Berlin is grey, barren, and consists mostly of concrete, think again! In fact over 40 percent of Berlin is green space, as biologist and city nature guide Robert Ulrich, Brandenburg native, tells you at the beginning of his bicycle tour in the lively Nikolai quarter. It quickly becomes clear that you don’t always need to leave the city in order to experience nature close up: At our first stop we learned that the Museumsinsel actually sits on marshland, at the second, in front of the North Korean Embassy, we discovered beautiful Chinese trees that blossom in the urban summer heat, concluding at the final stop in Tiergarten that Berlin’s wilderness is much more multifaceted than we thought. Robert showed us in a humorous way that one only has to take a closer look in order to discover hundreds of wild birds, insects and plants – you have to hear his imitation of the hooded crow! And another thing becomes clear during the tour: nature is everywhere and always finds a way – just get on your bike and go on an urban voyage of discovery! (Text: Hanna Komornitzyk / Photos: Johanna Rademacher–Flesland)