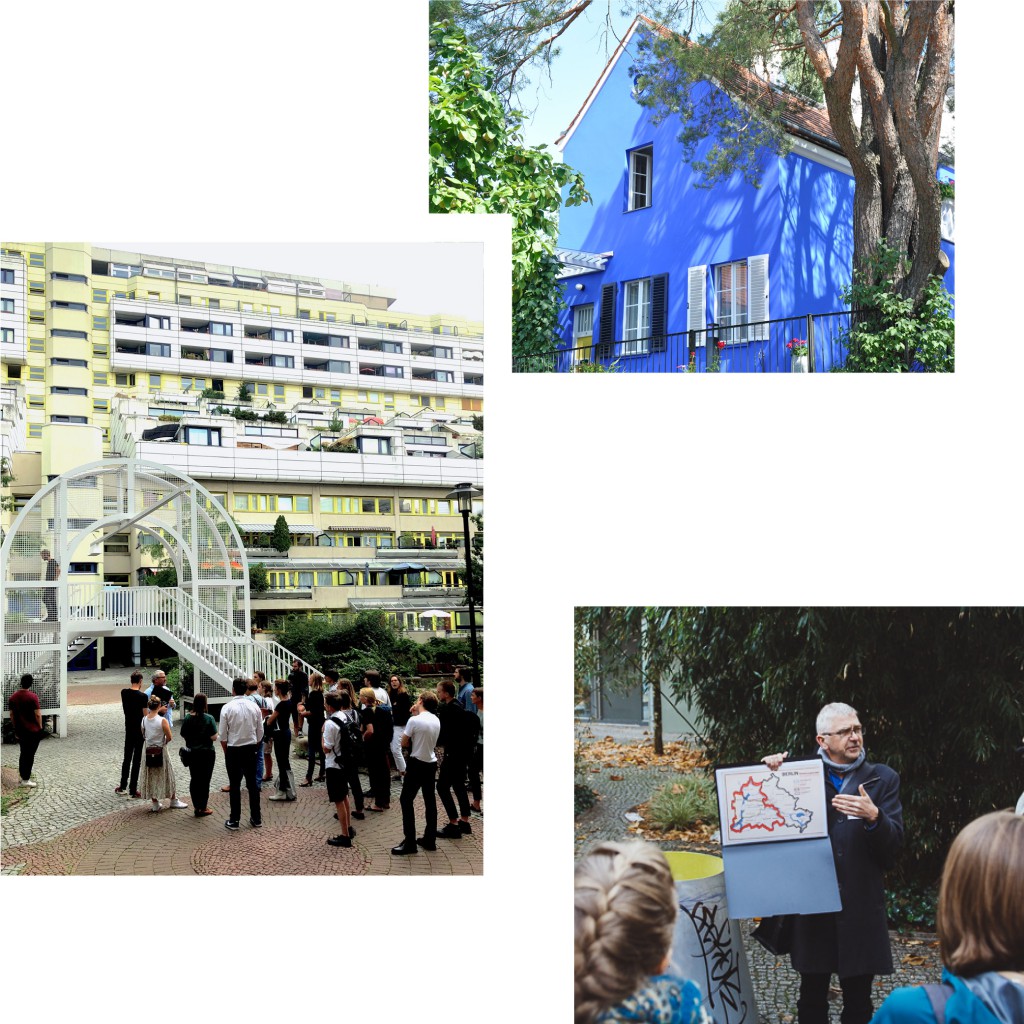 TICKET B: STORIES OF DESIGN AND SOCIETY WITH ARCHITECTURE TOURS BY ARCHITECTS

Small town flair, idyllic gardens and bright colors: it is not without reason that Gartenstadt Falkenberg in Bohnsdorf is also known as the “Tuschkastensiedlung” (paint-box estate). As one of six similar Berlin housing estates, it was conceived at the beginning of the 20th century by architect Bruno Taut to provide people with affordable living space in green surroundings. The houses are compactly built on an area of 60 square metres, including garden. Despite this color-by-numbers policy, no two houses are the same, because the streets bloom with numerous different plants and flowers, while the color palette of the houses themselves ranges from sunny yellow and pastel pink to azure blue. During the hour-long architectural tour with Ticket B, I discovered not only Berlin’s city history, but how historical planning concepts can be instructive today. That’s precisely the idea behind Ticket B, and they offer many more tours too: whether modern designs, classic guided tours through the government district, or Bauhaus trips away. It’s a chance to learn not just about bricks and mortar, but how cities function and change. (Text: Hanna Komornitzyk / Photos: Hanna Komornitzyk, Strelka Insitut of Media and Design, Ticket B)

Ticket B architecture tours are given in German, English, French, Spanish and Italian and can be booked online
@ticket.b.berlin