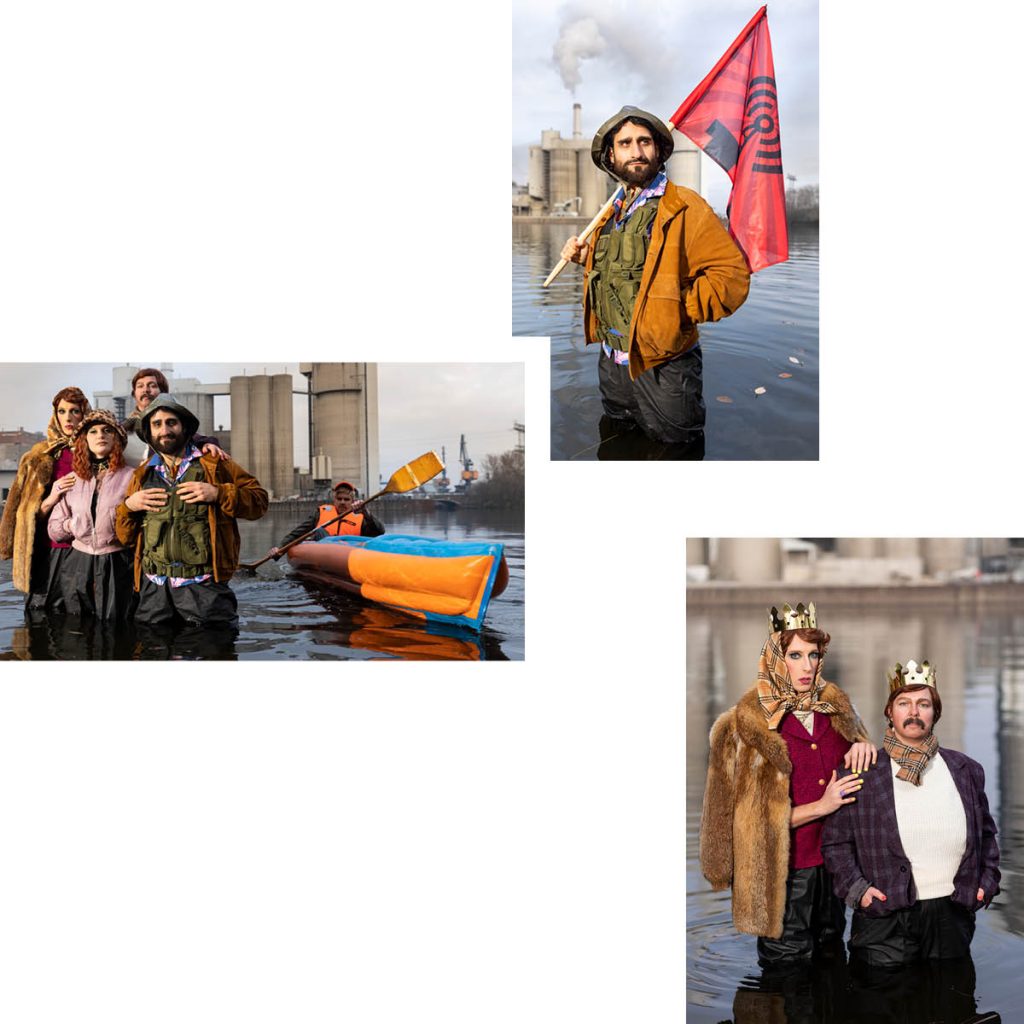 THE SOUND OF FREEDOM — RADIOLAND AT THE NEUKÖLLNER OPER

There was a time when the personal became political and young people rebelled against their parents’ generation. A time when rock music was so revolutionary that states were founded because of it: we are in Great Britain at the end of the 1960s. The BBC refuses to listen to pop, but the youth doesn’t want to be deprived of their wild musical awakening. The solution? Independent pirate radio stations on the high seas. And so the Bates family set up their own radio station on an abandoned anti-aircraft platform in international waters. When the established radio stations finally jumped on the bandwagon and started playing new music, father Roy Bates got an idea: if you can have musical freedom, what about the freedom of a state of one’s own? And so, without further ado, he established Sealand. A utopia, an ideal, an idea of freedom, whose citizenship can still be purchased on the Internet by anyone and everyone for a small sum. With its new production “Radioland – The mostly true, but always unbelievable story of the Principality of Sealand,” the Neuköllner Oper once again succeeds in creating a memorable, entertaining and profound piece about recent (pop) music history. Full of tragedy and comedy, it tells of radio piracy, freedom and how visions become reality. You will leave the show having been a witness to the founding of a state and having heard the unique sound of utopias becoming reality.