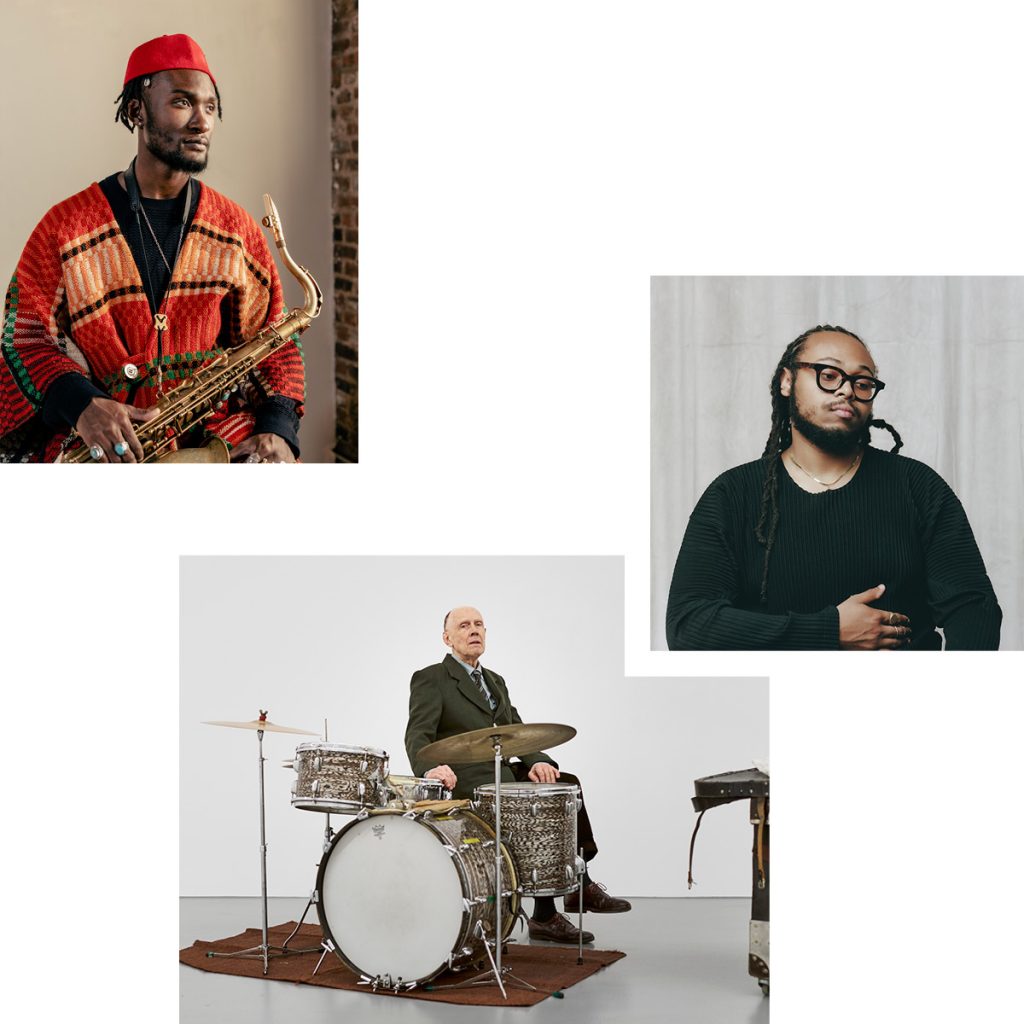 It is one of the oldest and most renowned festivals of its kind: Jazzfest Berlin (03–06.11.2022). After two years of pandemic hybrid formats, the festival is back for its 59th edition held in the freshly-renovated Haus der Berliner Festspiele. The program combines new works with genre classics, large auditoriums with smaller venues, live concerts with talks, and local audiences with global artists. It’s set to be a wild one: Swedish experimental artist Sven-Åke Johansson’s “MM schäumend – Ouvertüre für 15 Handfeuerlöscher” features 15 performers playing slightly unusual instruments: fire extinguishers. And on Friday 04.11, the small corners of the Festspielhaus will become center stage for “Playing the Haus” with collectives like Die Hochstapler, Umlaut Big Band, Shadows of Forgotten Ancestors Camille Émaille and Otto. As for the audience: they are invited to dance on stage. Johansson and other artists from Europe and the US will pack out a program which begins with a (pre) kick off concert by British pianist and composer Alexander Hawkins at the Pierre Boulez Saal on 30.10.2022.

With the likes of Polish folklore trio Lumpeks, the festival’s musical focus has long been European jazz. But there are contributions from musicians from other continents, such as the stylistically versatile ensemble The Brother Moves On from Johannesburg, New York’s Borderlands Trio and the Chicago cornetist Ben LaMar Gay. In a return to pre-pandemic norms, the popular Kiez concerts are once again bringing global artists to the Fassanenkiez area around the Festspielhaus. The sounds will ring out everywhere, from bookstores, wine shops and galleries, onto streets and squares and into our houses, ears and hearts. 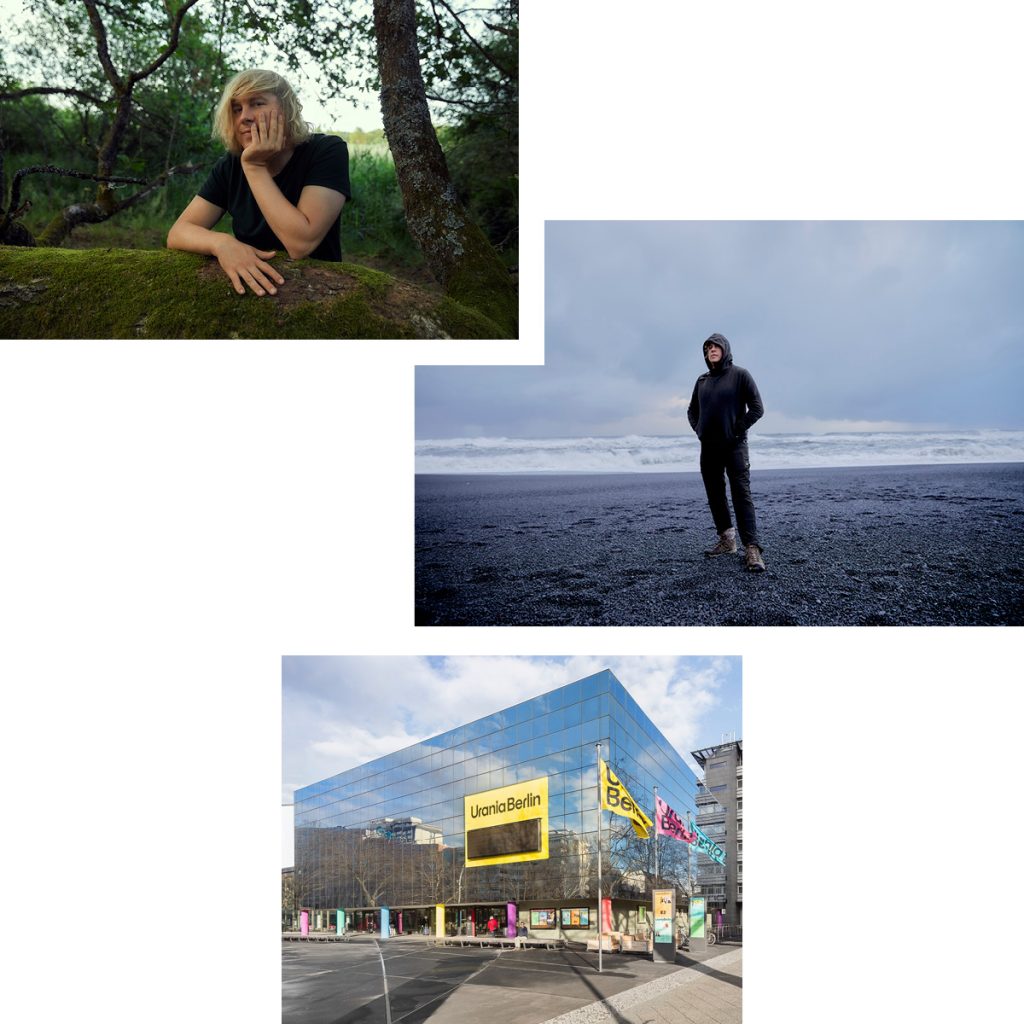 Techno and tweets? Synths and squawks? As far as Dominik Eulberg is concerned, electronic music and nature are not distinct, but two sides of the same coin. Spending half his time behind the DJ decks and the rest birdwatching, the music producer and ecologist has made a career out of blending art and nature. Tomorrow night, Eulberg is bringing his brand of minimal techno and animal sounds to Urania Berlin in Schöneberg for a one-night-only multimedia concert (07.10.2022 19h30). The show is called Mikroorgasmen überall and follows the publication of Eulberg’s book of the same name where he reveals the secret lives of the bugs, plants and birds that live on our doorsteps. The concert layers live sounds, videos and nature samples interspersed with factual snippets about plants and animals. The aim is not just to entertain, but to educate you about the natural world. Pervading Eulberg’s performances is an almost fanatical love of wildlife: he named each of the tracks on his latest album after species of birds and even lets a colony of ants play his Moog synthesizer. Quite what that sounds like, we don’t know – but we’re here for it.

You can buy tickets online. 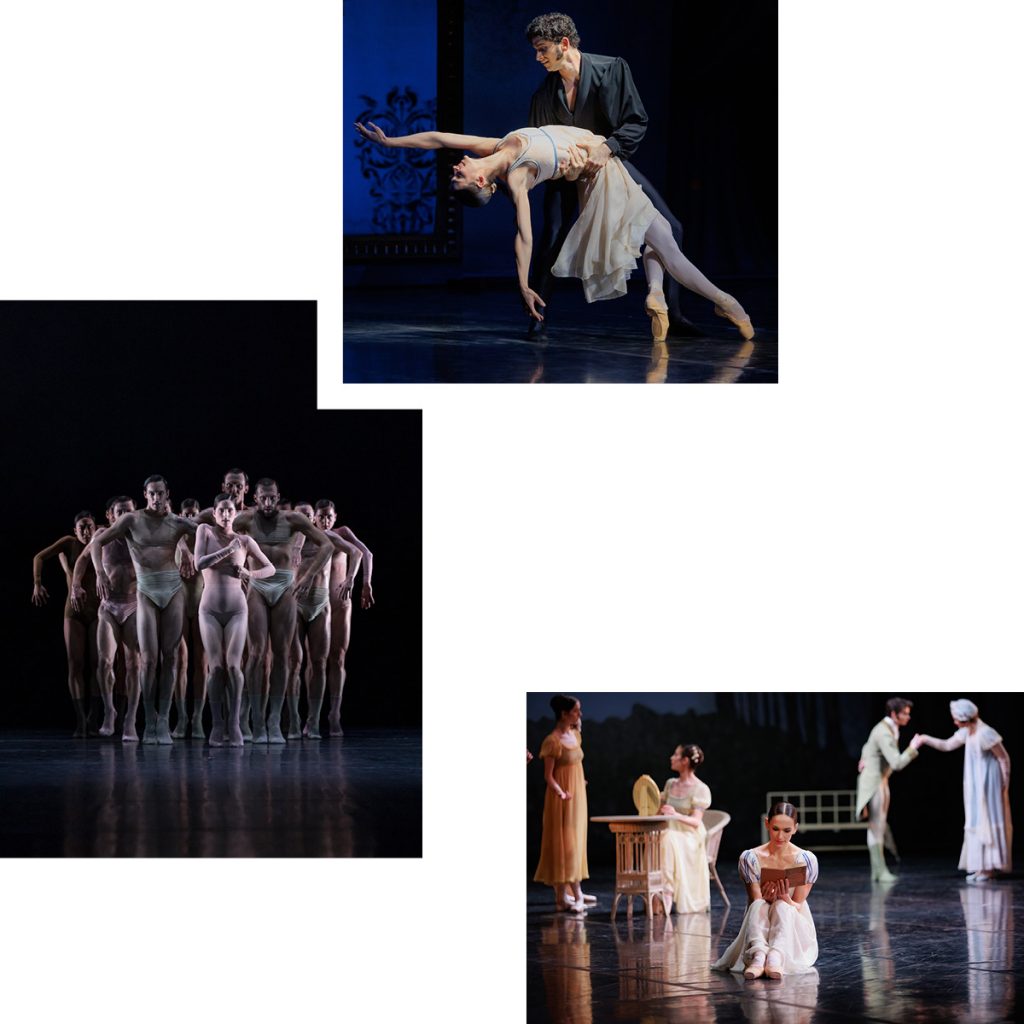 The art of ballet is enticing: ballerinas move in ways that seem both impossible and effortless. While dance devotees may be able to decipher what performances are worth seeing, those of us who don’t know emboîté from echappé may not know where to begin. The Staatsballett Berlin have made this decision clear with two special performances in October. The first is Onegin. Choreographed by John Cranko, it is a story ballet of a young aristocrat, Eugene Onegin, who travels with a friend to the countryside to visit his friend’s fiancée Olga. When he arrives, a shy Tatyana confesses her love for him. What ensues is a story of unrequited love, which twists and turns in an elegant tragedy. For each performance, a different principal dancer (among others Polina Semionova) will play Tatyana. It is a perfect show to see if you want to expand your repertoire of classic 20th century ballet.

Second is the triple bill Lab_Works | Half Life, which offers a contemporary slant on ballet. Lab_works is a program where dancers of Staatsballett receive the opportunity to create and develop their own choreographies. Johnny McMillan’s “Oh Captain” expresses the deep care shared between men, while Arshak Ghalumyan’s “Die Nacht” is inspired by a sculpture he saw. The second part is Sharon Eyal’s “Half Life”. If you were lucky enough to catch the ballet earlier in September when it was performed on the Spree, you will know why the banks of the river were filled with onlookers. The way the dancers pulse and shapeshift is hypnotic – making a visit to the Komische Oper, where the piece will appear starting 11.10, worthwhile.

For the program and tickets see here. 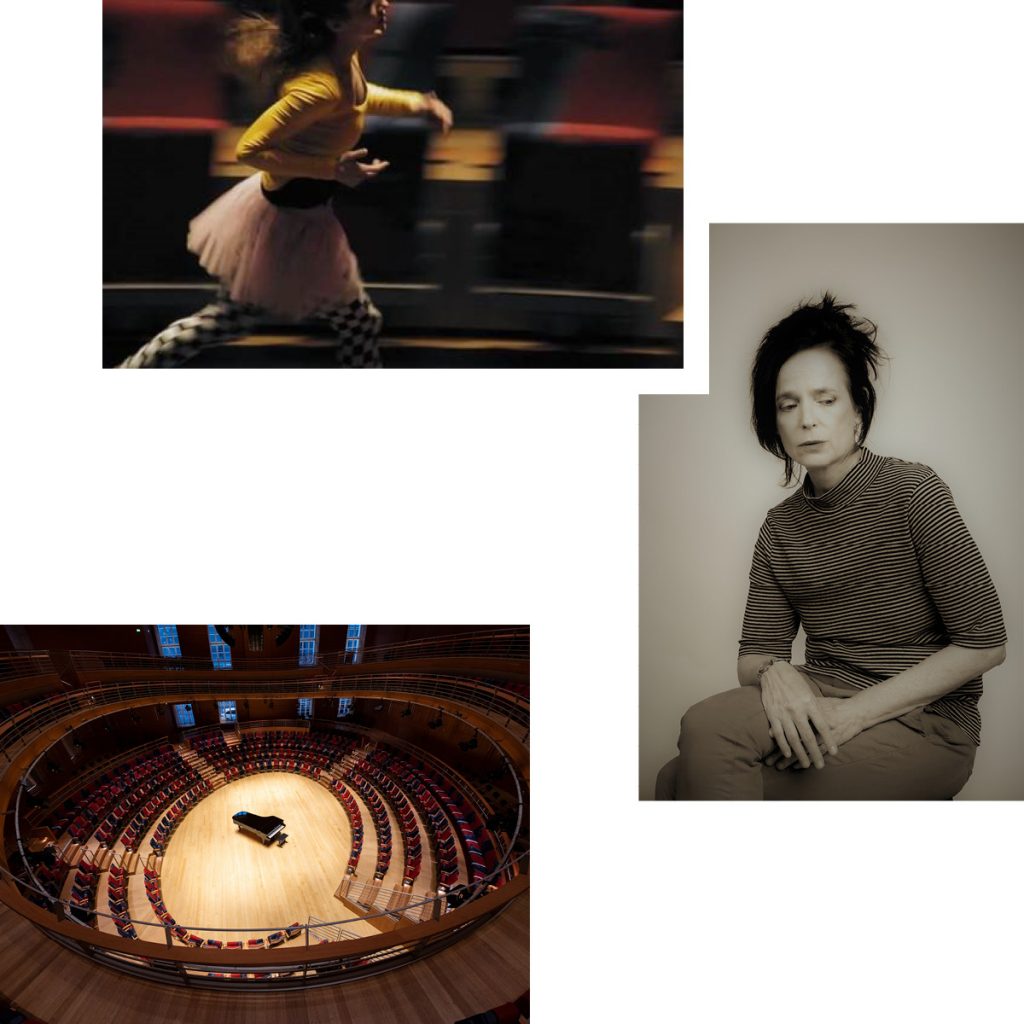 Postponed twice due to the pandemic, The Queen Commanded Him to Forget is now finally ready for its premiere in the Pierre Boulez Saal. Based on a novel by Lebanese writer Elias Khoury and with music by the Syrian clarinetist Kinan Azmeh, the internationally acclaimed director Ofira Henig and actor and dramaturg Khalifa Natour are bringing their production to one of Berlin’s more distinctive stages, architecturally speaking. Most recently, Henig’s productions of “The Bees’ Road” and “Kind of” were brought to the Schaubühne’s Festival Internationale Neue Dramatik. Now she is using the elliptical shape of the Frank Gehry-designed Pierre Boulez Saal to completely abolish the separation between stage and audience, thus enabling direct contact among the cast and theatergoers. The play challenges boundaries between theater, music, poetry and cultures and explores how language affects dominant narratives and power. It will be a show where creativity, multiculturalism and education combine – with inspiring results. 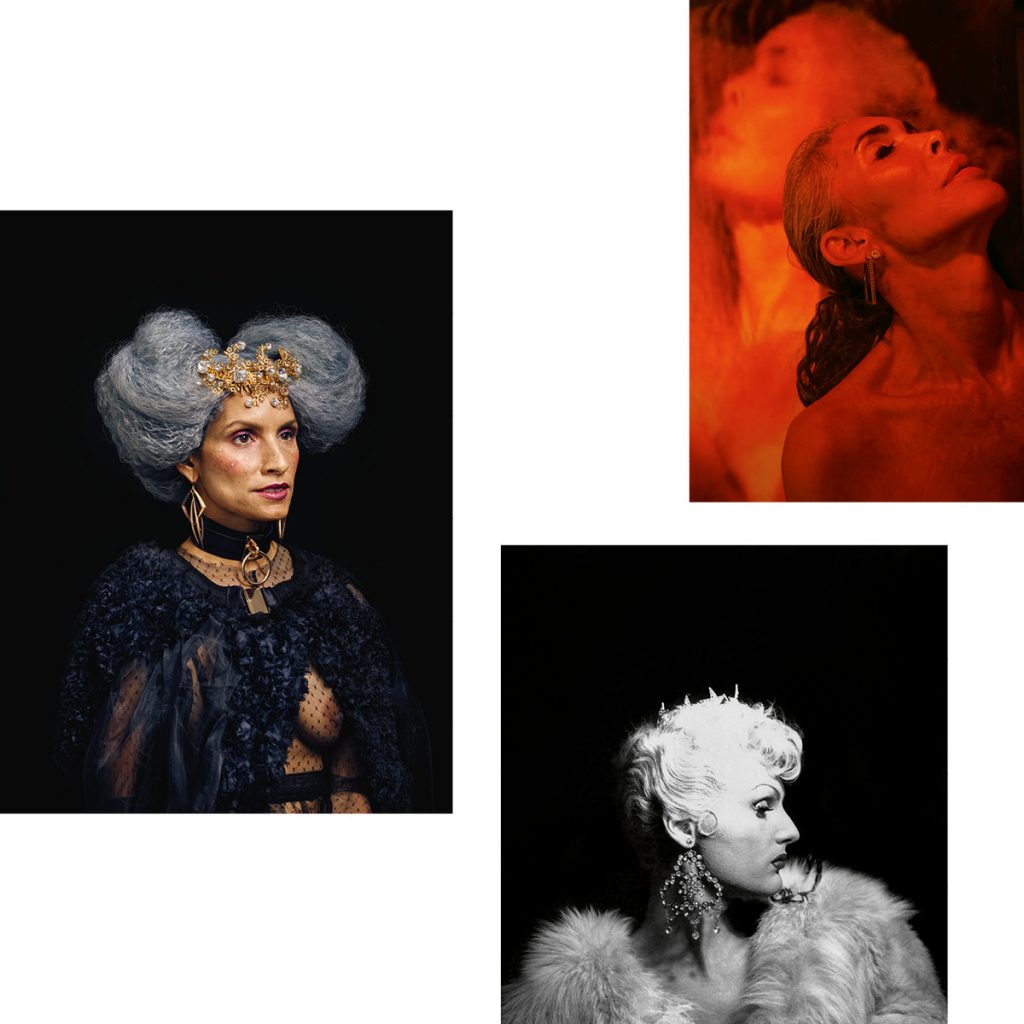 DISSENT THROUGH DESIRE — QUEERNESS IN PHOTOGRAPHY AT C/O BERLIN

It is the looks in the photos that are touching: the seriousness, immediacy, humor and frankness that stand in stark contrast to the staging of the photographs. The second half of the 19th century saw industrialization advance at breakneck speed. It was also an era that saw the invention of photography and – if you believe Foucault – the notion of homosexuality itself as courts and the medical establishment investigated, outlined and criminalized its practice. Identity, image and reception are the three themes common to the three exhibitions that make up C/O Berlin’s Queerness in Photography show opening tomorrow (16.09.2022). It’s as much a celebration as an opening: you can see a performance by artist Mandhla before dancing to music from Bad Puppy and Lotic in the gallery until late into the night. Just don’t forget to look at the exhibits.

In “Under Cover .A Secret History of Cross-Dressers”, for example, the Sébastien Lifshitz Collection shows photographs from 120 years of crossdressing, rebellion, searching and finding. It’s full of amateur shots and full of emotion. For “Casa Susanna . Cindy Sherman Collection”, meanwhile, the photographer presents her private collection of images from Casa Susanna, a secret meeting point and safe space for crossdressers and trans women in 1950s and 60s upstate New York. Sherman, who is known for her own images of costumed subjects, discovered the photos by chance at a flea market. The pictures are full of lightheartedness and joyful experimentation from a time when deviating from heteronormativity had high social costs. The third exhibition, “Orlando”, was curated by Tilda Swinton for American photo magazine Aperture. Sharing a name with Sally Potter’s 1992 film – in which Swinton plays the lead role – the exhibition explores different perspectives on power, our right to form judgements, sexuality and gender. Even though the three exhibitions deal with the same themes, they tell their stories with varied vocabularies: of self-empowerment, legacy, desire and rebellion. In doing so, they fill a void in our collective visual memory that has existed for far too long.