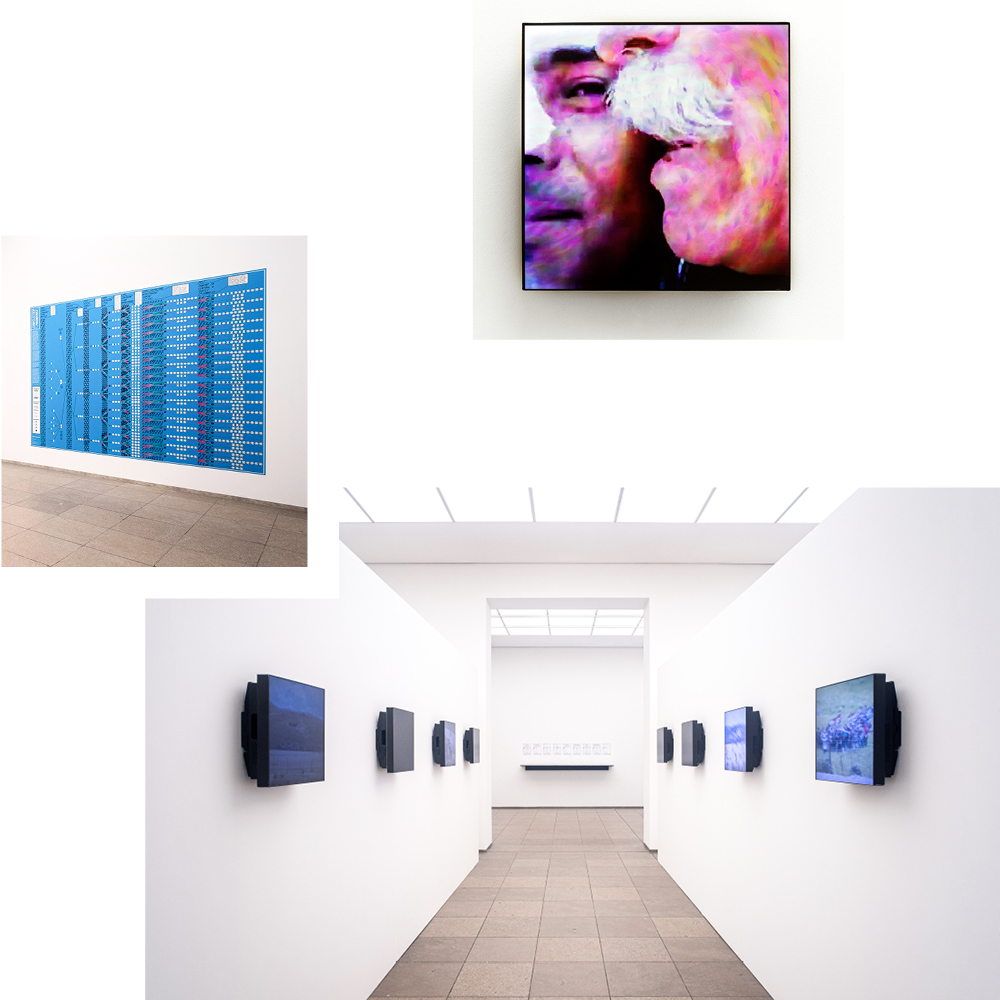 Can the way we speak have a direct impact on our lives? According to Lawrence Abu Hamdan, the answer is yes: in his multilayered audiovisual installations, the British-Lebanese artist visualizes not only sound and the structural elements of language, but its political potential. His solo exhibition “The Voice Before the Law” at Hamburger Bahnhof shows how language is central to prejudice and discrimination. Language itself becomes evidence in the photo series “Disputed Utterance”: the term refers to criminal cases in which the accused are convicted solely on the basis of sound recordings that are hard to understand or ambiguous. The video work “This whole time there were no landmines” uses mobile phone footage of a 2011 confrontation between the Israeli military and Palestinian demonstrators in the Golan Heights. Eight monitors mounted along a narrow corridor reconstruct the acoustic phenomena of the site, ultimately rendering emotionality through immersiveness and the visualization of unheard voices – an exceptional approach that must be seen if not heard. (Text: Hanna Komornitzyk / Photos: Maureen Paley & Staatliche Museen zu Berlin & Lawrence Abu Hamdan)