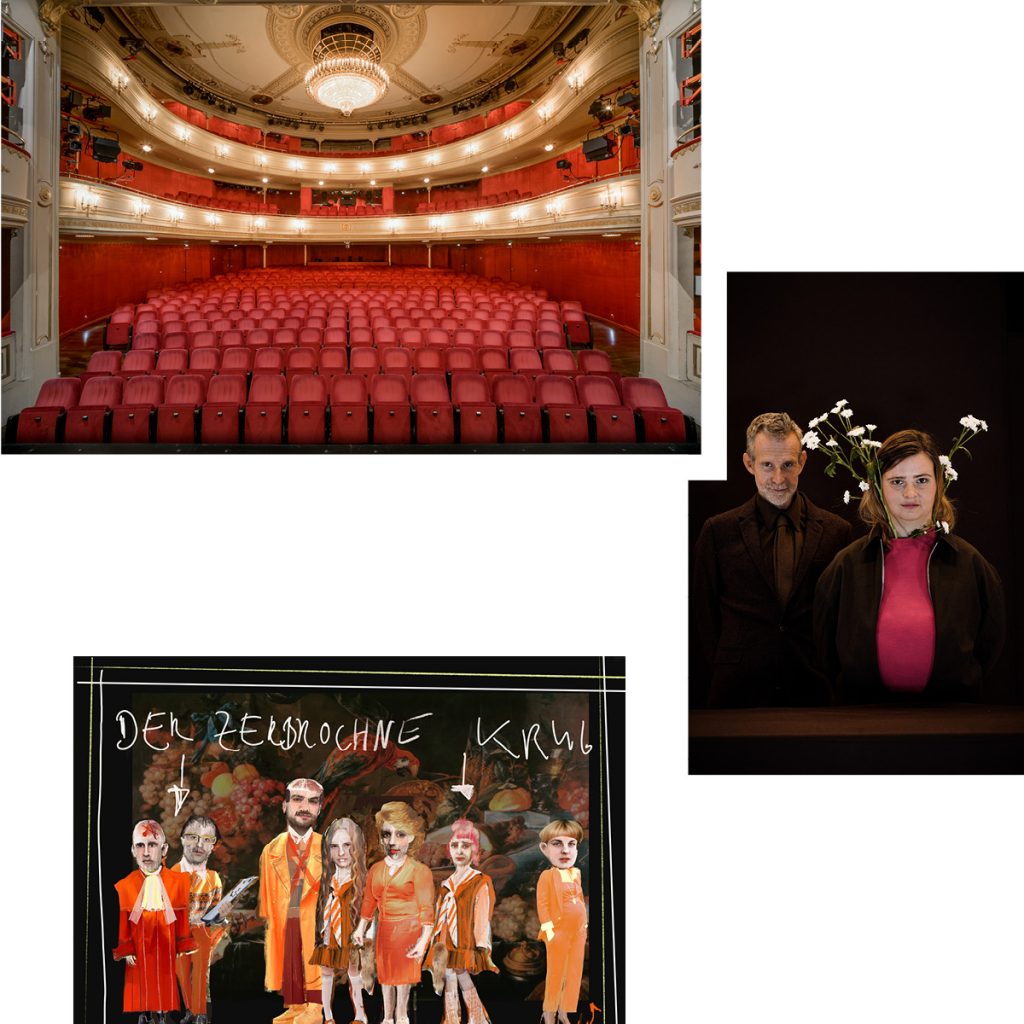 THE WORLD SHATTERED — “THE BROKEN JUG” AT THE DEUTSCHES THEATER

Theater director Anne Lenk has recently been responsible for a number of classics at the Deutsches Theater. Her production of Schiller’s Mary Stuart was invited to Theatertreffen this year, and she received the Friedrich Luft Prize in 2020 for her version of Molière’s The Misanthrope. Now, the director has brought her talents to Heinrich von Kleist’s play The Broken Jug, which celebrates its premiere this Saturday (18.12.2021). Lenk brings the classic story of the village judge who rules on a case in which he himself is guilty to the stage with Ulrich Matthes in the leading role. Judith Oswald, who has attracted attention in the past with her minimalist, colorful sets, is responsible for the stage design. Kleist’s 1808 story is usually staged as a comedy – at the center of which is an unscrupulous man who gets caught up in his own lies after shamelessly trying to manipulate everyone around him. But as is so often the case with Kleist, The Broken Jug is also a parable about patriarchal structures, false morals, and real abuses of power. In times of #MeToo and powerful men spreading “alternative facts”, Lenk shows that Kleist’s fictional Dutch province of Huisum, where the story is set, is closer to real life than you might think…