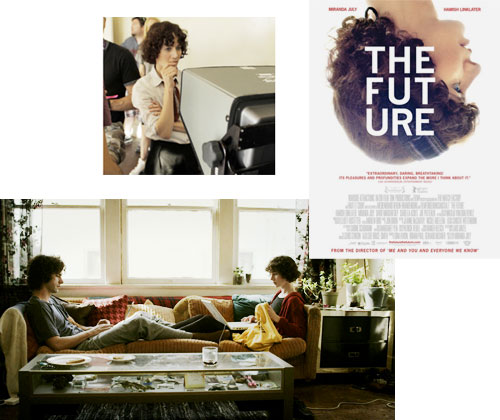 THE FUTURE OF OTHERS – MIRANDA JULY’S NEW MOVIE

“The Future” (trailer) by Miranda July was screened during this year’s Berlinale Festival and is in Berlin cinemas starting today. The story is about a couple who’s adopted an injured cat. The new responsibilities for this living creature lead to confrontations between the couple’s life plans and fears. The trailer promises an entertaining 90 minutes and references to your own life cannot be completely ruled out. If you’ve watched her first film, “You, Me and Everyone We Know” you can probably attest to July’s talent in laconic expressions and unique set-design. For those of you who want to know more: the film’s website comes with a blog where you can find out, for example, where Miranda July gets her burritos in Berlin! Two cinemas in Berlin – FSK in Kreuzberg and Hakesche Höfe Kino in Mitte – are showing the film in English (with subtitles).