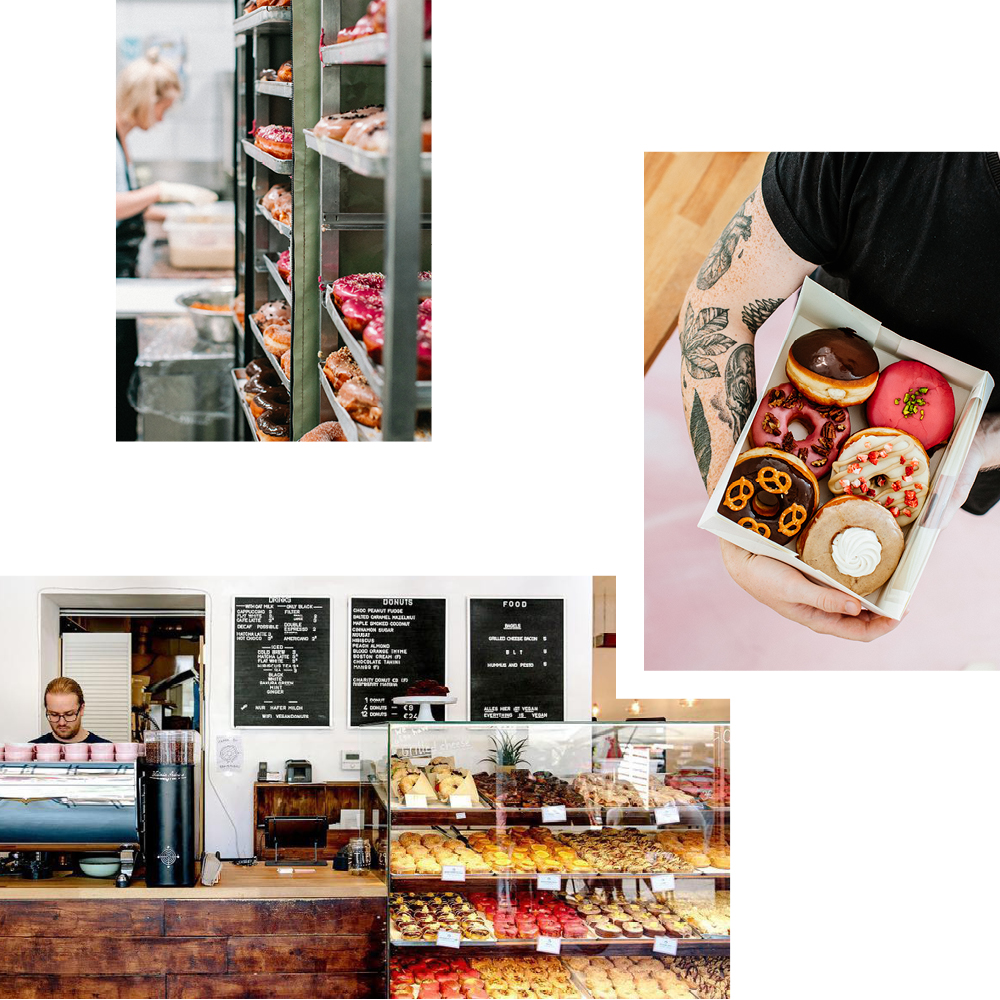 Donuts have a bit of an image problem. You might be thinking Homer Simpson, or greasy-fingered coffee breaks in a bleak office. Then there’s a history of local misnomers to contend with (see the JFK/Berliner Pfannkuchen saga.) I’d suggest you revise your opinion by checking out the vegan donuts from Brammibal’s on Maybachufer. Founded in 2015, theirs was Europe’s first all-vegan donut shop and they now have three locations across Berlin. And like Berlin, these vegan creations combine messy indulgence with ethical/live well pretensions and an eye for the unexpected. Each one takes three hours to make but mere minutes to scoff – and once gone, the texture of that chewy dough sticks in the mind. They come in six standard flavors, plus a rotating list of guest toppings that reads like a cocktail menu. A well-placed source (they live next door) swears by the rosemary and brown butter; I’m more partial to earl grey lemon or good old Boston cream. Best enjoyed with a coffee at the water’s edge. (Text: Edward Belleville / Photos: Brammibal’s & Christin Ludwig)

Edward Belleville is a Berlin-based writer and translator. He currently blogs for Spacebase.