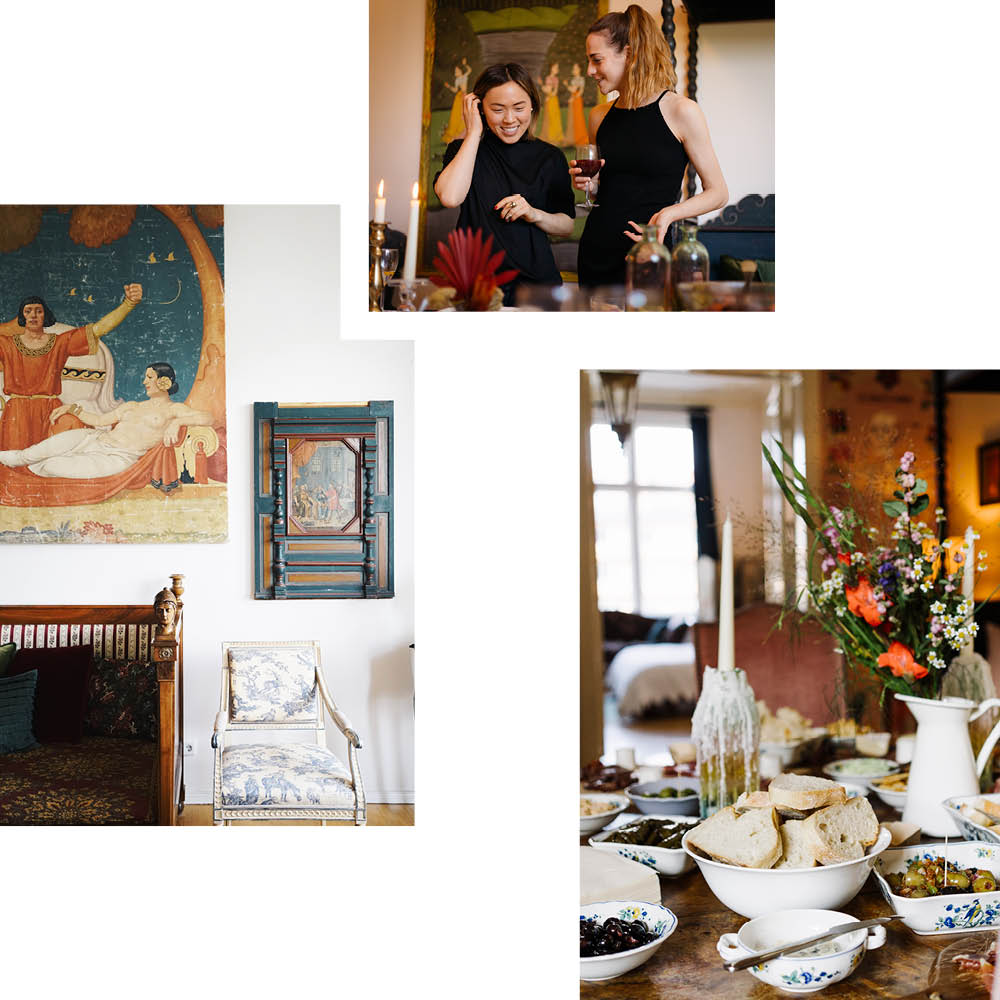 You know the feeling you get after you have a good conversation? When common understanding is reached in a matter of seconds, words flow effortlessly and a certain kind of magic happens. This is what I experienced over the course of an evening at Norn, a space and members club for coming together regularly for intimate salons and conversation dinners (members can also stay on residencies at the apartments in Berlin, London and Barcelona.) Back in September, I joined a dinner titled “On Gender Expression,” led by Jared Weiss from Touchpoint. The gathering was hosted at Norn’s Kreuzberg apartment where we enjoyed a delicious three course meal while discussing how we psychologically embody our own and other genders. I was sharing such intimate and stimulating discussion with strangers and somehow felt like I belonged to a tribe with whom I shared the same sense of curiosity and aspirations in life. Norn’s gatherings allow time to discuss beauty in all its forms and to approach topics that are rarely broached. The secret to its openness is the respectful and trust-filled atmosphere they create. Mental note: Culture does not make people. People make culture. (Text: Eugenia Güeto Gómez / Photos: Doro Zinn, Norn Berlin)

Eugenia Güeto Gómez was born in Spain and is based in Berlin. An art director in the making and a nomad by choice, her next stop is Japan.