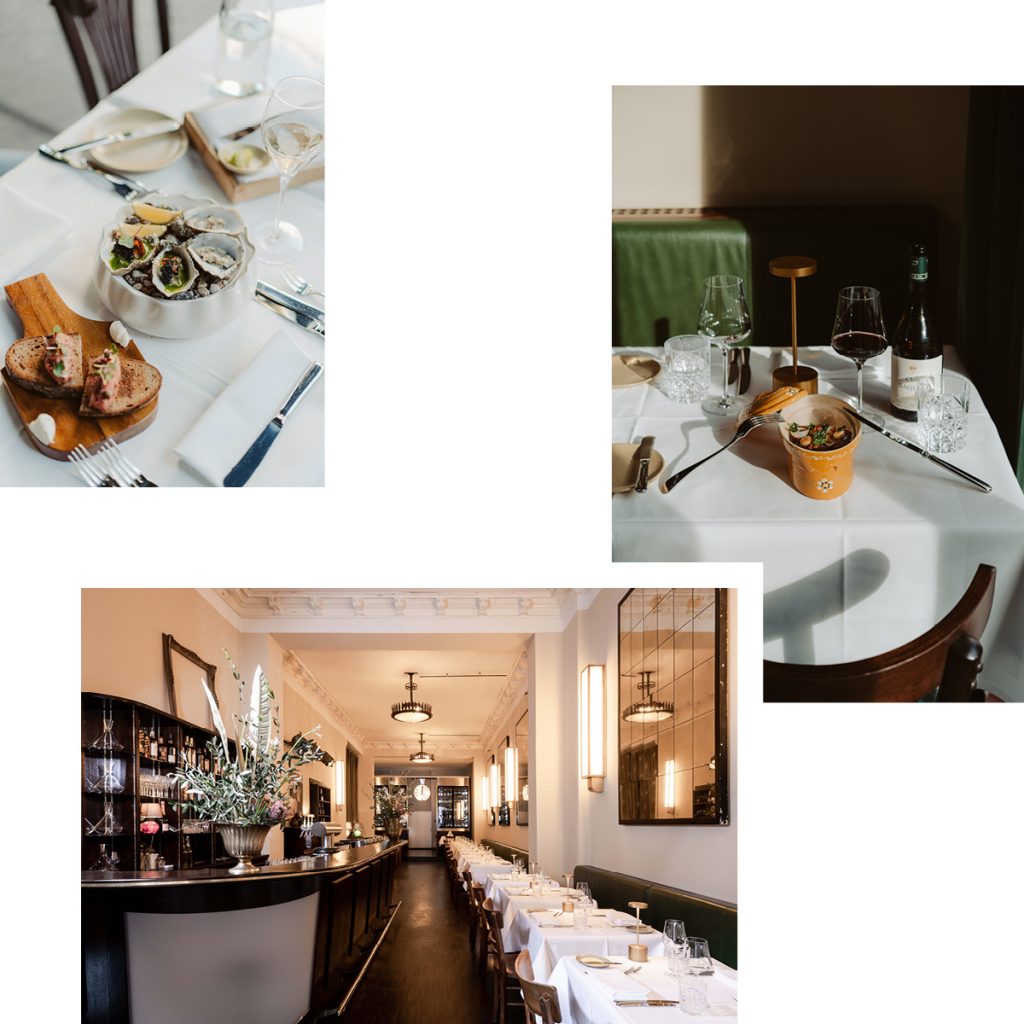 Bistro culture was born in France. Uncomplicated food in a casual atmosphere with a certain je ne sais quoi – a touch of glamor. You’ll find it in Paris, but also on Potsdamer Strasse at a stylish place called Irma la Douce. Owner Jonathan Kartenberg is a big name on the Berlin restaurant scene, running hinterhof eatery eins44 and delivery service The Good Taste. His French venture is housed in a white-ceilinged space that’s extensively mirrored and stuccoed, with a station clock hovering above diners. Named after the 1956 French musical, the restaurant opened in summer 2020 and soon earned its first Michelin star. No wonder, given Michael Schulz’s kitchen craftsmanship, which pays homage to the art of French sauces. This is particularly evident with the bouillabaisse fish stew. You won’t find a better example of it anywhere else in Berlin. Its individual parts, including shrimp, halibut, sea bass, red mullet, pulpo and mussels, are not cooked in the same pot but prepared individually and infused with the broth at the table. You’ll want to drink it up and dip it with the homemade sourdough bread.

If you don’t want to eat fish, there’s a selection of classics like beef tartare as well as vegetarian dishes, including a pumpkin salad with fig and Belper Knolle raw milk cheese, ricotta cannelloni and Eggs Sardou (a poached egg served on artichoke). Be sure to try the crème brûlée prepared with double cream and cheese by Erlangen affineur Volker Waltmann. Restaurant manager and sommelier Sascha Hammer is one of the best in his field, and the wine list is correspondingly expansive, with the focus on Burgundy and Bordeaux. Champagne is also available, of course, with 50 different varieties, accompanied by the Gillardeau oysters served up front. If you have a craving for Paris, you will be very happy here.