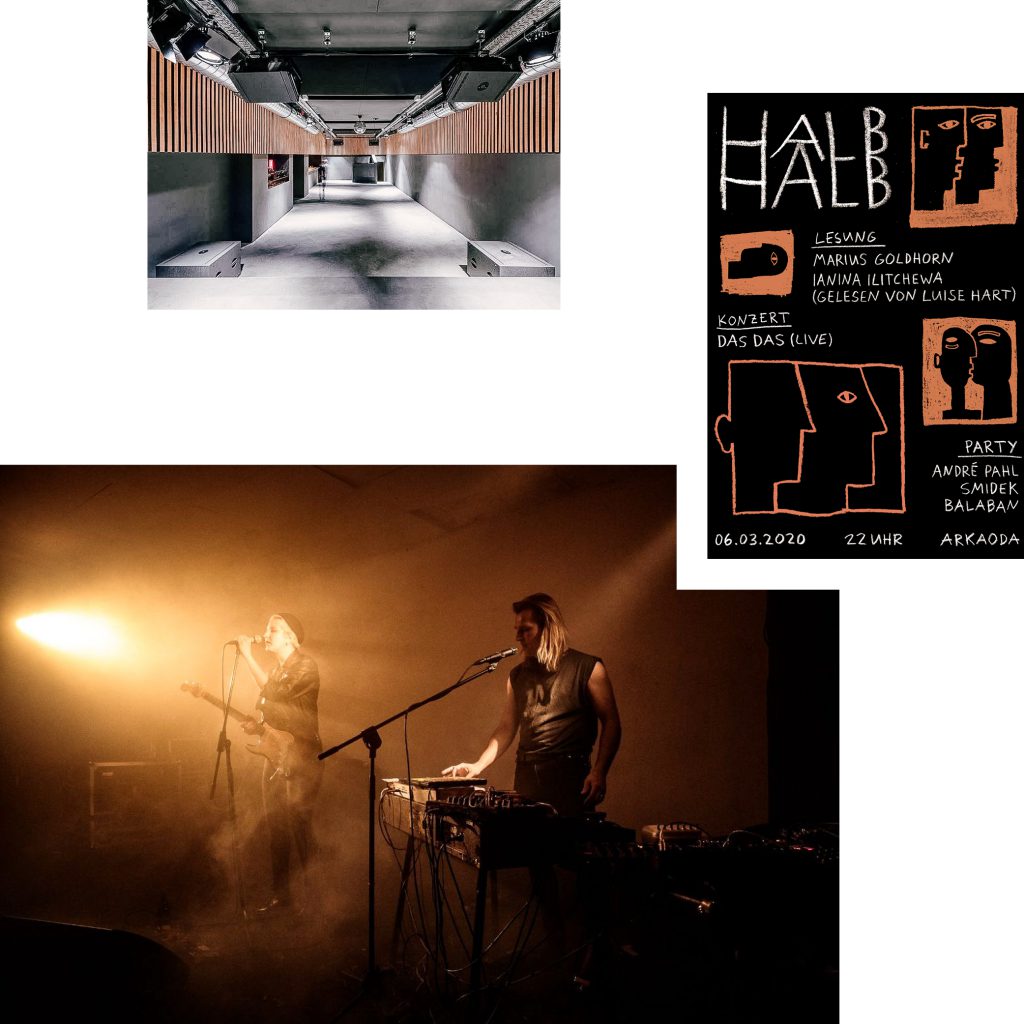 It’s not often that we see a literary event and club night at the same time and place. But there’s much to be gained from bringing together these two expressive forms, especially when the creative lineup is as rich and full of surprises as at Halb Halb (06.03.2020) at Rixdorf’s Arkaoda club. The night is a collab between Berlin lit collective Kabeljau & Dorsch and arty partymakers Cereals which starts with readings, segues into live music and ends up as a full-blown party. Writer Marius Goldhorn starts proceedings with a reading of his tales of an increasingly insecure Europe, followed by a selection of Ianina Ilitcheva’s 40,000 Twitter ministories read by Luise Hart. The musical half of the night kicks off with a wave-garage-synth-punk gig from Berliner band Das Das, before the disco ball is lit up for a danceable set by Andre Pahl. Closing up the night, Cereal co-founders Smidek and Balaban will get behind the booth to bring funky flashes and guaranteed grooves. This mashup of words and tunes is something we can get behind. (Text: Benji Haughton / Photos: Das Das, Arkaoda)