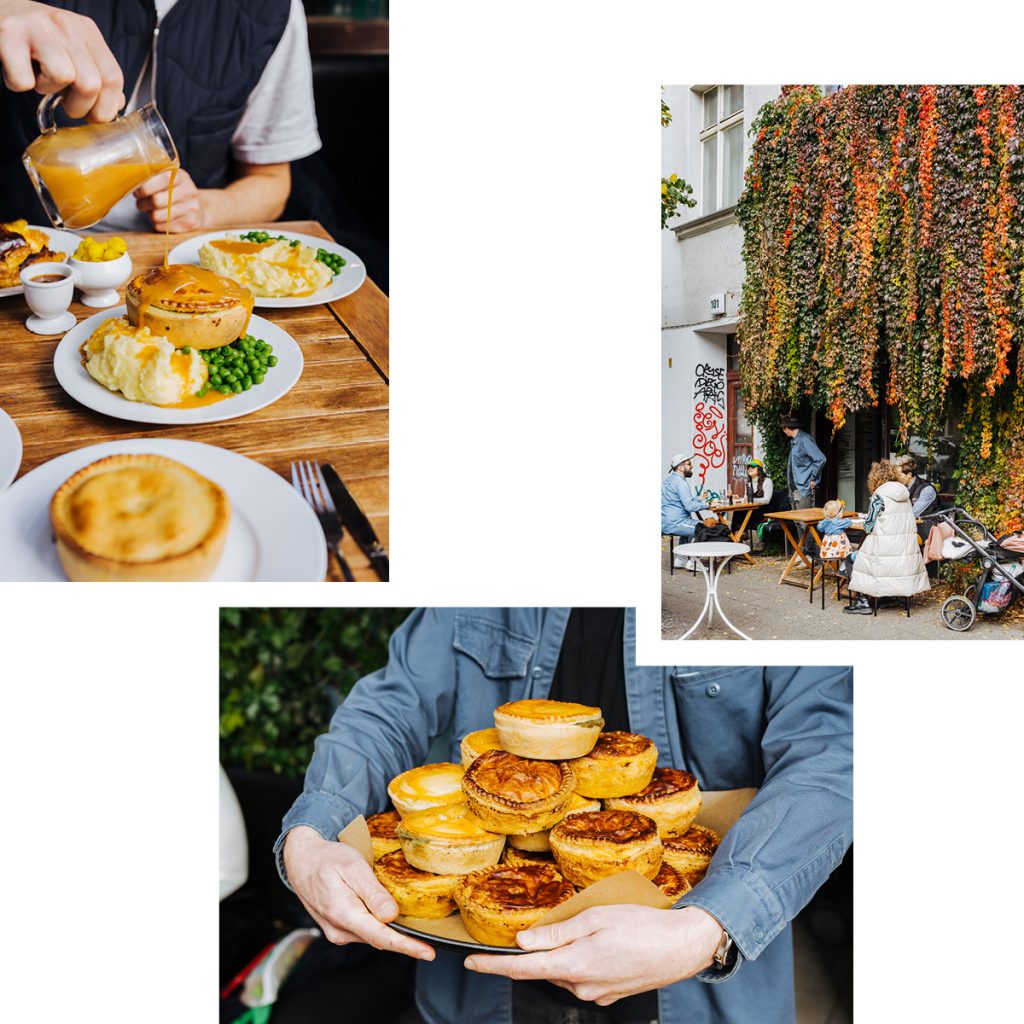 Brits living in Berlin may have a Pukka-shaped hole in their diet the same way Australians have a Four’N Twenty one and New Zealanders a Jimmy’s Pies one. The humble meat pie (and its non-meat alternative) is a huge part of these cultures, and until now little has been done to answer that craving. Enter Donau 101. Named after its address on Donaustraße, this pies-a-plenty restaurant is run by Mischa Smeljanski, whose welcoming demeanor is reason alone to come and join the Neukölln locals who regularly dine there. The pie recipes are conceived by Lee Christopher Thompson of St. Barts and cooked by chef Nico Epperlein as part of a delicious, four-flavor menu: Beef and Cheddar, Chicken and Mushroom, Cheese and Onion and Pumpkin and Peppers, with sides like mash and peas or pickles.

Donau is the perfect spot to stumble by. Order a bottle of natural wine and arrange yourself with fellow diners at the few scattered sidewalk tables amongst low-hanging vines of ivy. While the space satisfies an unpretentious, neighborhood feeling, the pies served are gourmet, with a quality that deserves time and attention. Everything is made in house, from the pastry to the brown sauce, and Mischa tries to make use of everything: one day it’s beef tea made from leftover bones, another it’s cinnamon balls made from pastry off-cuts. The vegetables are mostly sourced from Neue Baumschule, a farm in Brandenburg run by a friend of Misha’s. If the tables are full, you can get the pies to go, drop by St. Barts on a Monday to try them or – as Mischa would have it – ask someone to scoot down their seat a little and eat together.

Upcoming collabs include the likes of fish pies with Fish Klub – check Instagram for the latest.