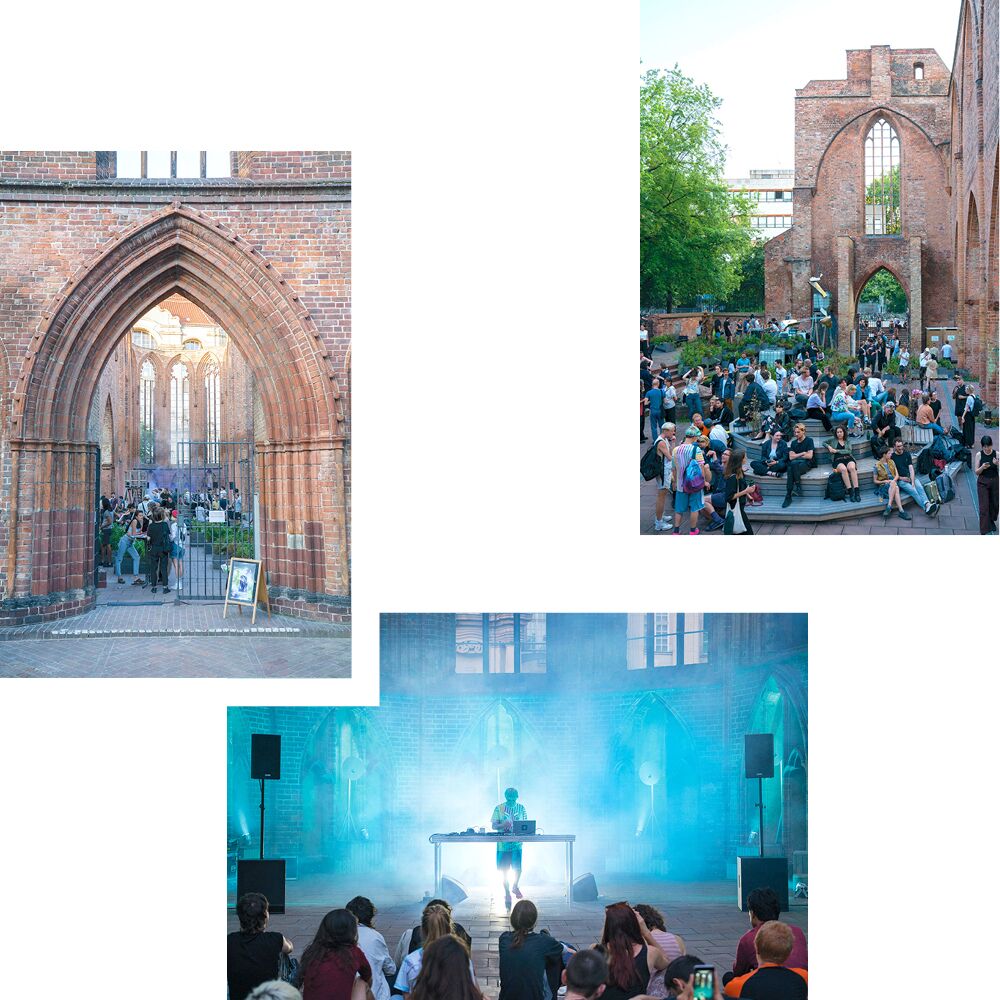 Situated between the red city hall, the TV Tower and Alexa – that Bermuda Triangle where everything seems to vanish – lies the Klosterruine, the ruins of a former monastery, one of the most impressive art sites in the city. At the end of the 13th century, Franciscan monks built this imposing brick church that was later used as an elite grammar school before being badly damaged during the Second World War. Now, the remains of this Gothic building serve as a backdrop for experimental art, where this summer, surrounded by the destroyed nave, we can experience the myth of paradise. In the sculpture garden created by Latvian artist duo Katrīna Neiburga and Andris Eglītis with Janis Novis, Creamcake has curated a concert series that will transform the complex into an open-air stage. On Saturday, her series “Paradise Found” returns with its second performance: listen to Bendik Giske’s dazzling saxophone and Cucina Povera’s ethereal vocal harmonies and attend a performance by Nile Kötting. (Text: Laura Storfner / Photos: Ink Agop)