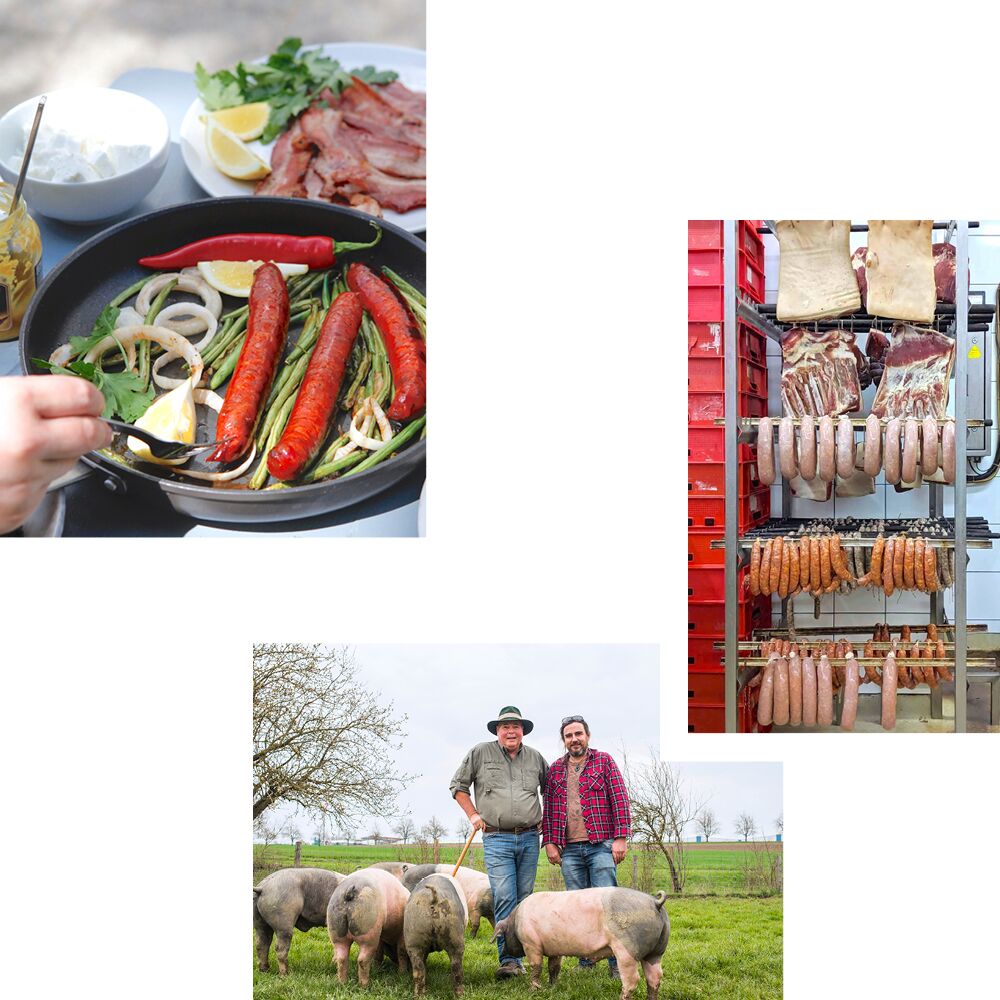 True to the name, The Sausage Man Never Sleeps has been tirelessly delivering mouthwatering free-range sausages and meats to Berlin restaurants and shops since 2013. You may have already tried The Sausage Man’s wares – currently served on pizzas by Salami Social Club and for lunch at the Michelberger Hotel amongst other places. Fresh sausages are made weekly – including BBQ classics like apple and sage, andouille, chorizo, and Italian salsiccia. Two sure-fire winners are the Barber’s English cheddar and jalapeño sausage, and an emmental-stuffed käsekrainer. And Simon Ellery (The Sausage Man himself) constantly experiments with new flavors. In summer 2019 he’s on a spicy kick, meaning chorizo, salsa verde, and fiery reaper sausage. Spices are sourced from suppliers in Tanzania, India, and Mexico and, on my visit, Simon proudly held up a sack of rare paprika sourced from an elusive supplier in Spain for its unique flavor. Also on offer is thick-cut streaky bacon, hearty bacon jam, and black pudding with gluten-free oats. (Text: Eric James Bain / Photos: Çiya Rädler & The Sausage Man Never Sleeps)

The full range can be ordered online and collected at points including: