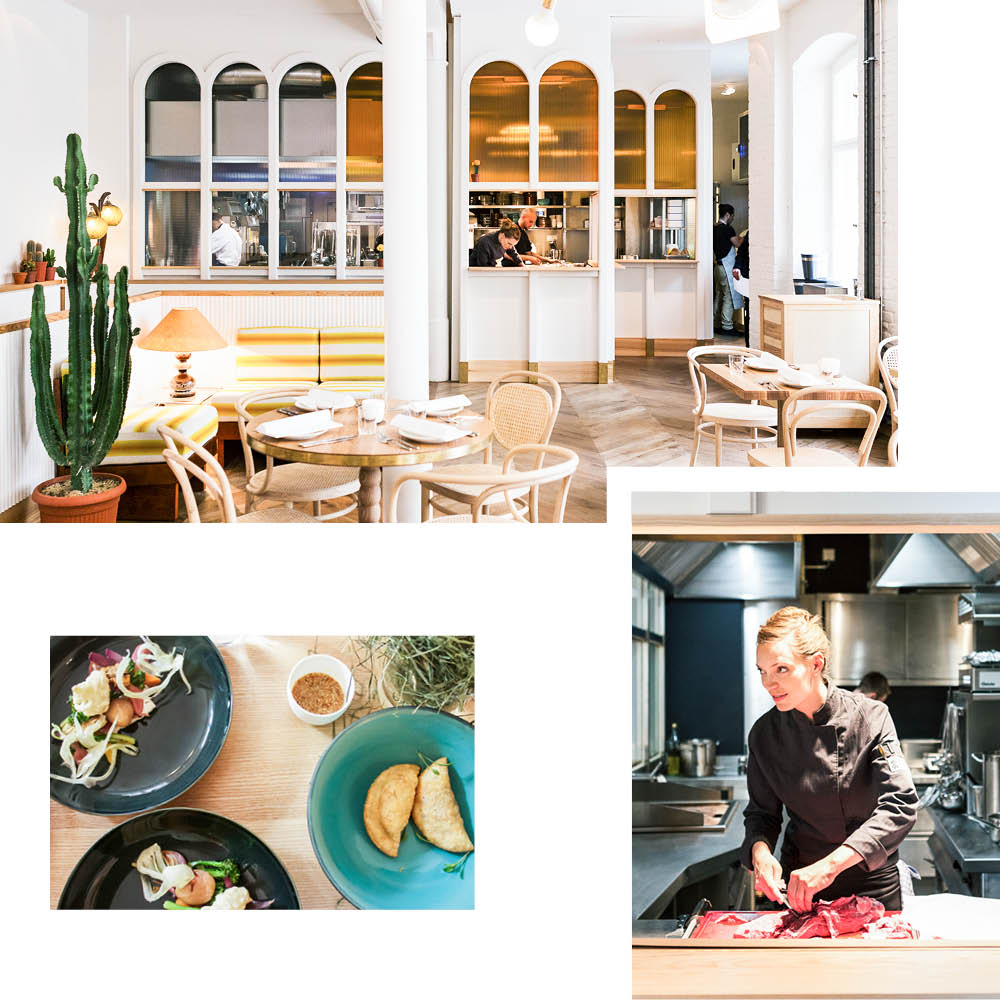 It was only a matter of time before Potsdamerstrasse got its own restaurant: in addition to the Andreas Murkudis concept store, the Swedish brand Acne Studios and a handful of galleries, Panama restaurant and bar is now also open. Before the historical scandal of the Panama Papers, the children’s book “The Trip to Panama” filled young minds with images of a beautiful and distant land. This symbiosis of the exotic and tradition is exactly what attracted Ludwig Cramer-Klett to the concept, and why his 3rd restaurant (after Katz Orange in Mitte and Candy on Bone in Kreuzberg) takes its name. The whimsical menu reads like a journey to another world: divided into “Leaves & Flowers” and “Grains & Vegetables”, each dish is a tiny miracle prepared under the direction of Sophia Rudolph. My favorite: the venison tartare with shiitake mushrooms, currants and nigella seeds, filled with roasted eggplant cream, goats cheese and watermelon. For the perfect end to the evening, move on to the bar for a Basil Smash, with basil and a marvellous touch of ginger. (Text: Julia Knolle / Photos: (top, right) Philipp Langenheim & Corina Schadendorf, (bottom left) Anna Küfner)

Julia Knolle is the Editorial Director of the online magazine hey-woman.com. Before this, she worked at German Vogue and has lived in Berlin-Mitte since 2008.