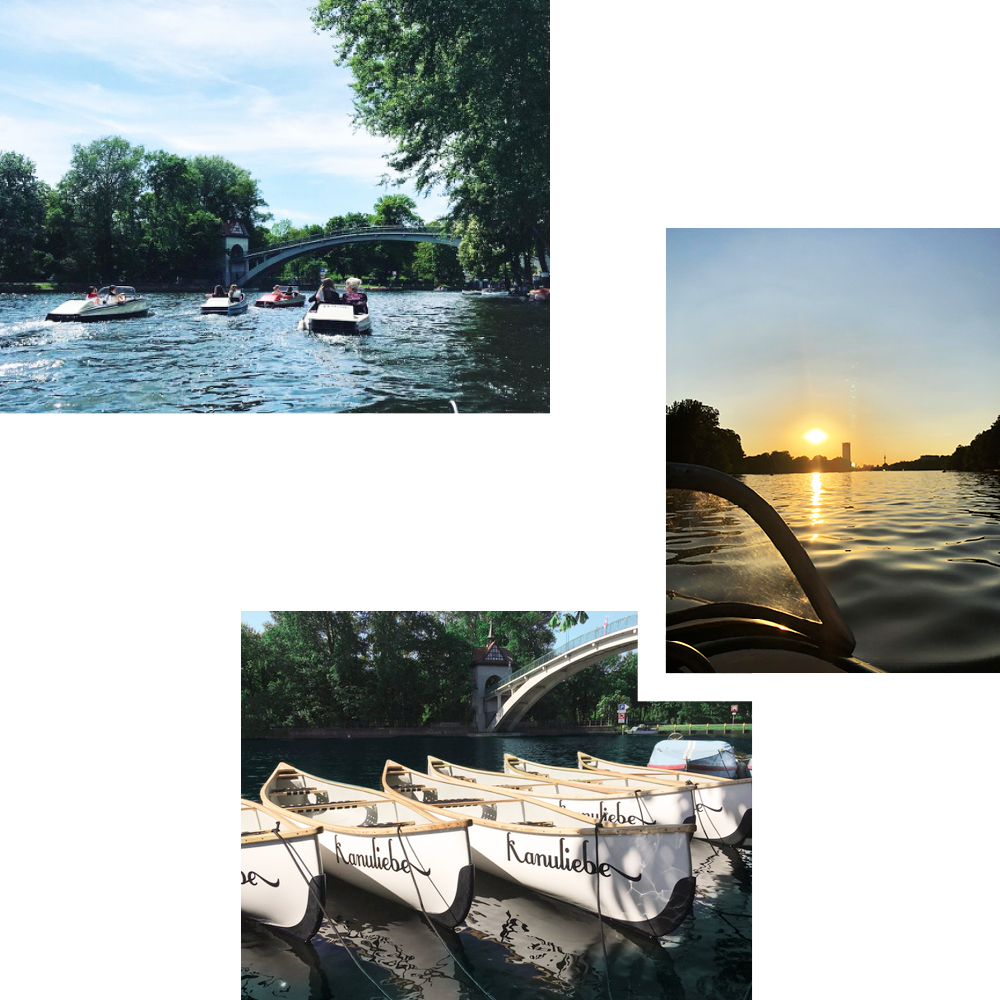 The Kanuliebe boat rental shop could not have chosen a more beautiful location: the Insel der Jugend. Amongst shimmering water, boats and a beer garden, the summertime atmosphere is strong here. Kanuliebe rents the most chic pedal boats I have ever seen, with originals dating from the 60s and 70s. We got the “Penguin”, a sleek black beauty unsurpassed in its style and elegance, despite the odd squeak. For an hour we sailed around the Spree and saw the city from a new side. You see the small, charming houseboats tucked away on the banks, and from the water you can get a glimpse at the ferris wheel in the abandoned GDR amusement park Spreepark Berlin. Shortly before sunset we brought Penguin safely back to the jetty and ended the evening with a cool pint in the neighbouring beer garden. If you are looking for a little more action than relaxation on the water, Kanuliebe rents out canoes, kayaks and SUP boards in addition to pedalos. (Text: Sophia Hummler / Photos: Kanuliebe & Carola Eichstaedt)

Originally from Konstanz, designer Sophia Hummler has lived in Charlottenburg since March 2019. She works at our sister agency Cee Cee Creative