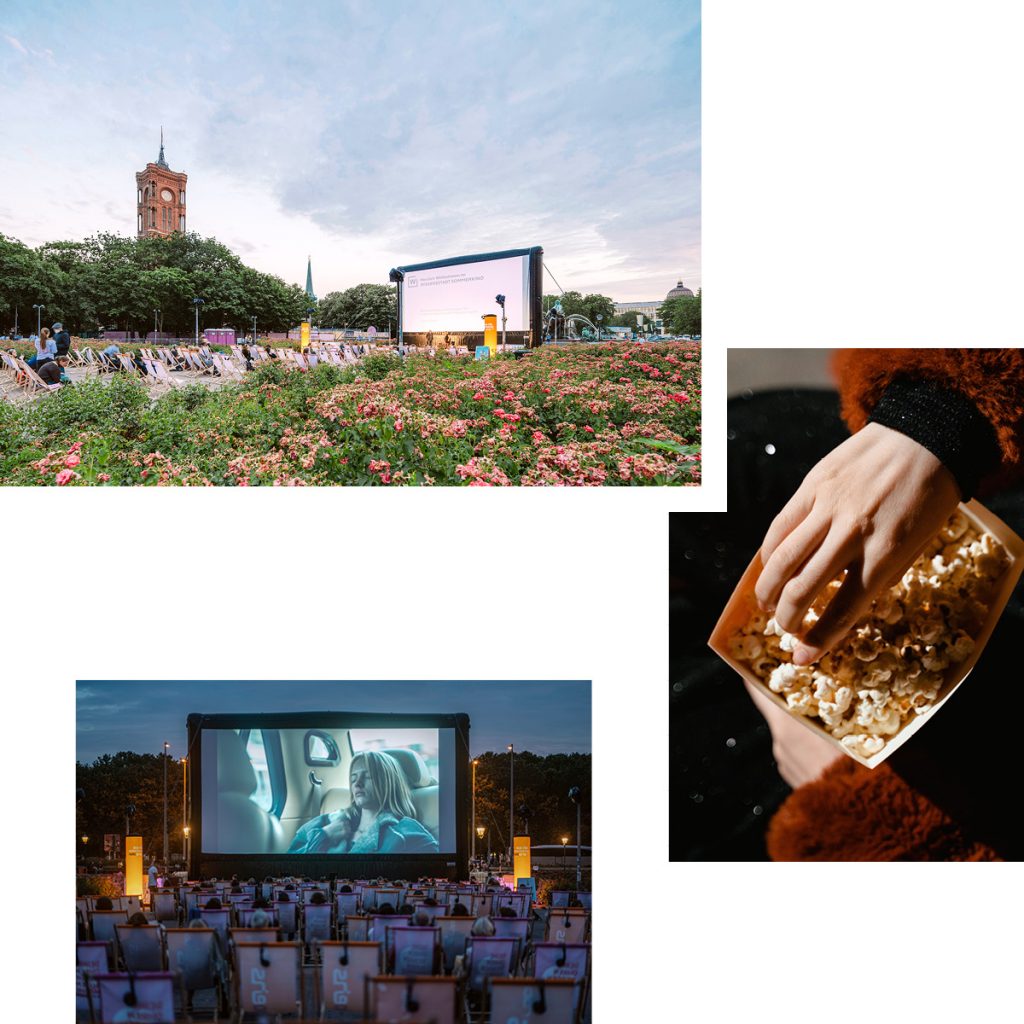 Magic potions, space travel and ecological dystopia. No, this isn’t some kind of parallel universe – it’s the square by the Rotes Rathaus in Berlin Mitte. For the whole of next week, the space will be home to the Science City Summer Cinema (26.07–01.08.2021), an open-air program of films which tackle pressing scientific issues such as ecology, food and the universe in cooperation with broadcasters radioeins and rbbKultur. Part of the Wissensstadt Berlin 2021 series of over 100 science events, the movie line-up includes seven titles from the past 50 years which each shed light on an area of science. To explain the theory behind the film, each screening will be accompanied by a talk between an expert who works in a related field and rbb film critic Knut Elstermann. The series starts with Soylent Green, a 1973 thriller that – fittingly – imagines a world of environmental collapse set in the year 2022. Introducing the film is Professor Monika Schreiner, who researches ways to guarantee a sufficient food supply for the world’s population. On 28.07 actress Thelma Buabeng will introduce the 2016 Oscar-nominated drama Hidden Figures – Unerkannte Heldinnen, which tells the tale of the African American women mathematicians who helped NASA get to the moon.

The week finishes up with the 2011 film Gott des Gemetzels (Carnage), an all-star comedy drama in which a minor dispute between two families escalates into savage fighting. Picking apart the psychology of the characters is body language expert Dirk W. Eilert, who suggests ways to ensure more peaceful human encounters. For a deeper dive into some of these issues, you can also check out the neighboring exhibition. Open around the clock, the open-air exhibits take you through an imaginary city divided into three parts – climate, health and community – topics which we should all be wising up on…

Tickets for the Science City Summer Cinema (26.07–01.08.2021) can be purchased online for €5 each. The exhibition is in German and English; the films are shown in German. Proceeds from the ticket sales will be donated to the charity Stiftung Jugend forscht e.V.