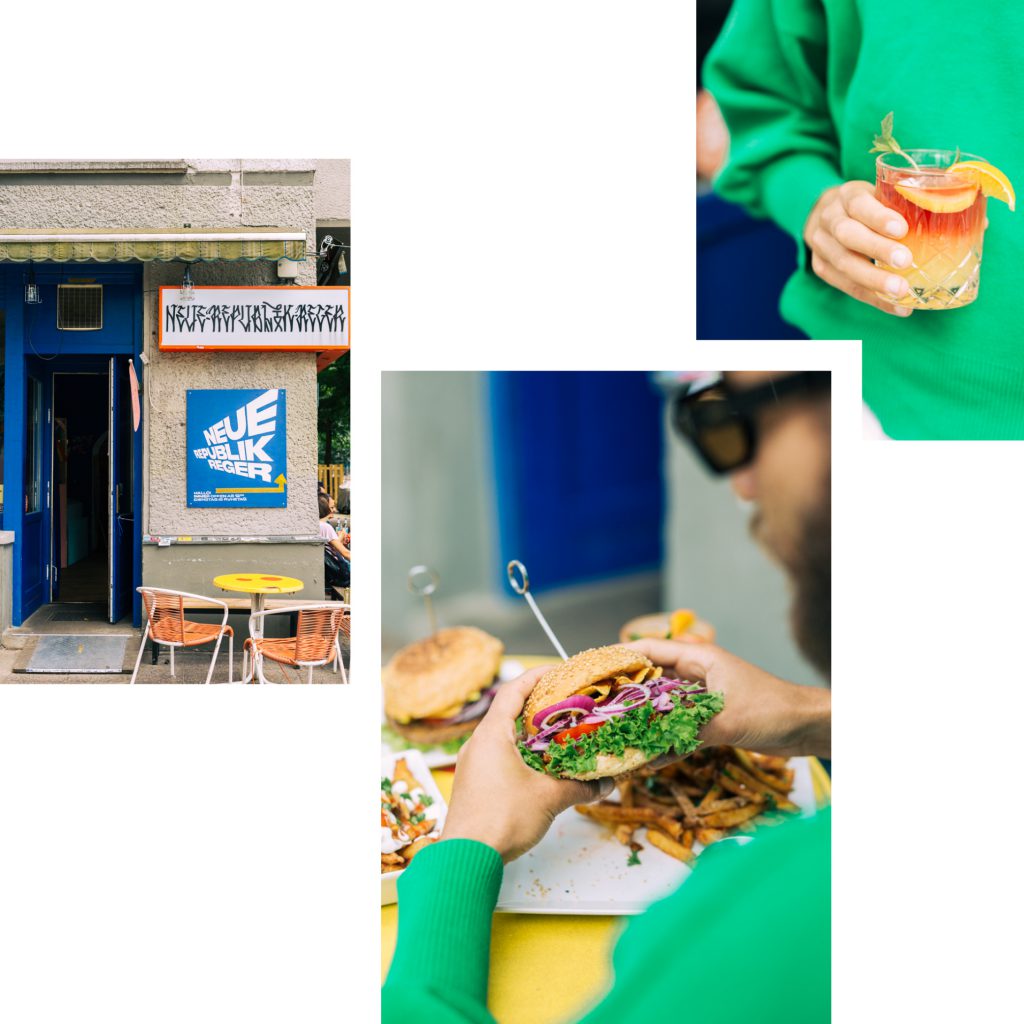 A republic should be committed to the common good, and vegan eatery Neue Republik Reger wants to fuel those making it happen. They believe that anyone who wants to change the world needs a clear head and a full stomach. Friends Lena, Pit and Tatze opened the Alt-Treptow space in August 2018 as a cafe and bar, and a few months later were ready to fry. Now, the menu boasts burgers such as Pulled Seitan with coleslaw and BBQ chipotle sauce and Tempting Tempeh with corn chips for those who like crunch. Try their vegan version of poutine, or “classic” Berlin Curryvurst paired with a beer, long drinks, wine or housemade lemonade. While the summer sun’s still out you can also pick up some (vegan) soft serve ice cream: Oreo, vanilla – whatever your flavor. Building the world they want to live in, Neue Republik Reger’s system is simple: Plant-based, harm-free and open to all. This is a restaurant with a philosophy that’s to everyone’s taste. (Text: Scarlett Peeters / Photos: Savannah van der Niet)