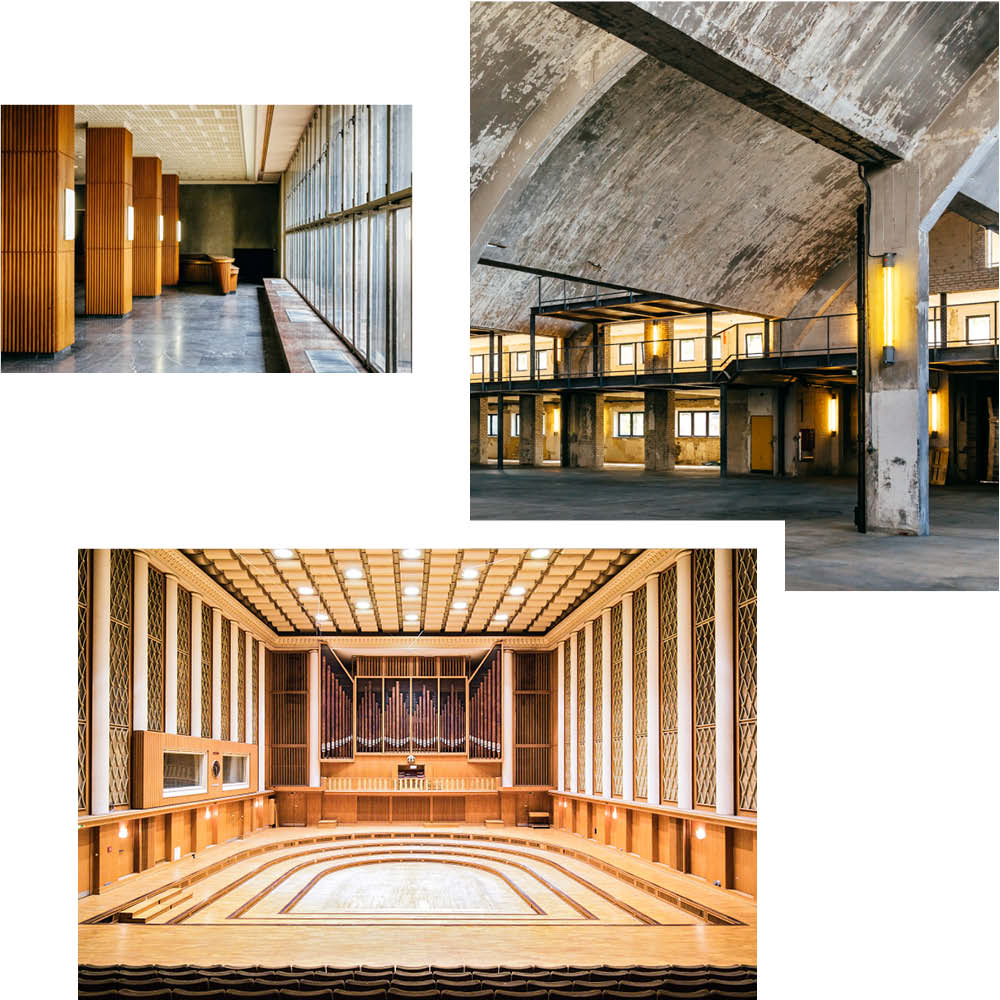 The crowning jewel of Berlin’s vast array of eclectic venues and a growing force in the arena of sound design, Funkhausis a space to be taken in and appreciated time and again. Further east than the clubs and parties of Friedrichshain on the sleepy banks of the River Spree, the historic halls of Funkhaus were initially constructed in the 1950s. The 50,000m2 campus began its story as the radio headquarters of the former GDR, and to this day has maintained its original beauty and minute attention to detail. Warm woods and mid-century design abound in “Saal 1” and the newly-christened “Living Room” space, while harsh brutalism commands attention in the site-specific 4DSound space, Monom. Also home to Nils Frahm’s recording studio, Funkhaus is rich in visual and emotional power, not asking anything more of its visitors than to be present when in its halls. Upcoming and recommended experiences: Andy Stott (29.6.2018), People Festival (18-20.8.2018) and Aphex Twin (1.11.2018). Go early and have dinner at the recently-opened second branch of Zola as the sun sets over the river for a Berlin evening at its sultry best. (Text: Nolan Keith Parker / Photos: Nino Valpiani)

Nolan Keith Parker came to Berlin from treacherous Cascadia in 2015 and is the co-founder of Berlin magazine and website Schmutz, a resource for everything live music related in Berlin. He lives above a club in Kreuzberg with a llama.