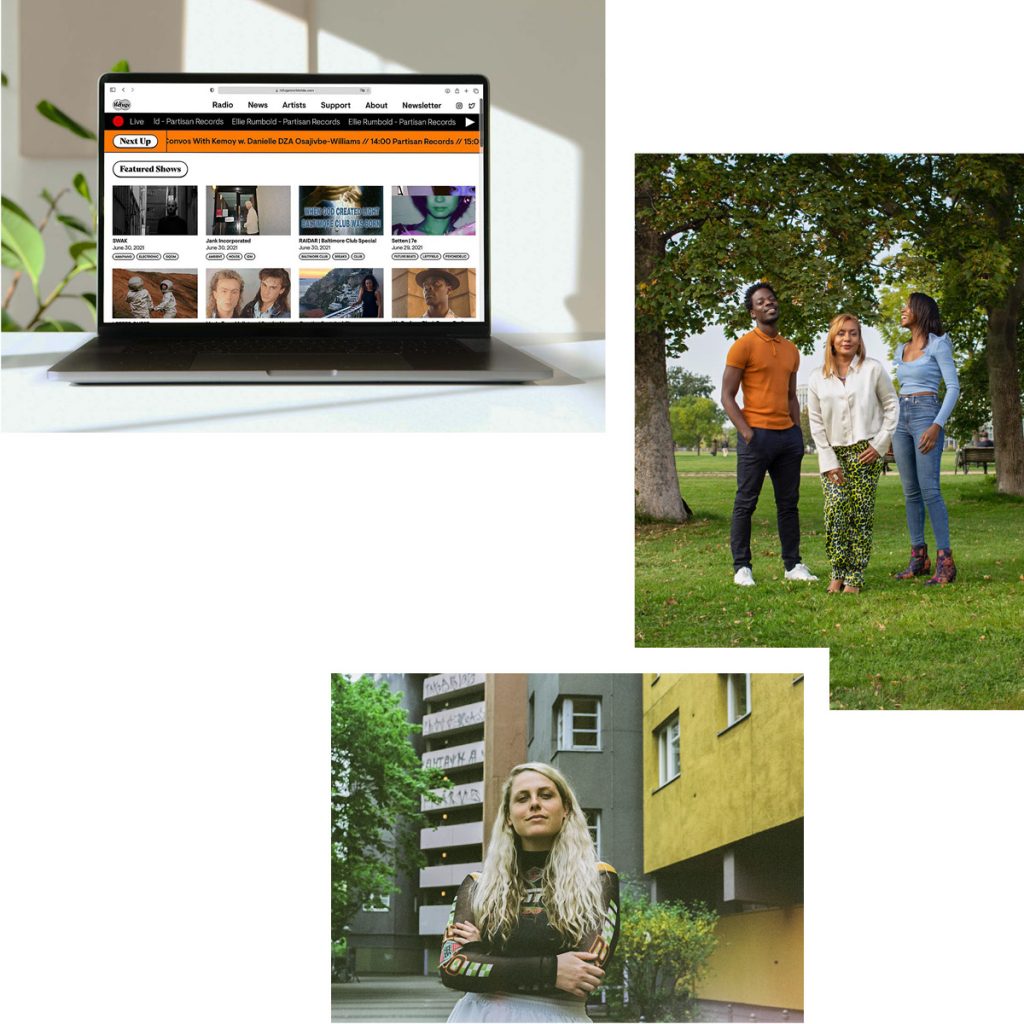 In an era of endless playlists precisely matched to your music taste, it’s tempting to think that radio is dead. But the opposite is true: webcasting is booming and Berlin is leading the charge with Refuge, the vibrant Neukölln-based internet station that launched in January 2021. Broadcasting live Tuesday to Friday out of a studio on Weserstraße is a genre-packed program from some 140 resident artists plus regular guest slots including big DJ names like Hunee and Prosumer. Refuge has deep roots in Berlin’s music scene: the project was started back in 2015 by Glasgow-born George Patrick as a series of solidarity parties organized in local clubs in response to the refugee crisis. The initiative morphed into a radio station which is keen to remain hyper-local, with around 90 percent of the resident DJs based in Berlin.

Fans of electronic music will find the music policy right up their street, with the likes of legendary DJ Fred P offering cathartic beats with his monthly house hour. Other genres are covered as well: Move 78 celebrates independent jazz and hip-hop while Loose Ends sees DJ and violinist Kemback serve up lashings of sunny disco and soul. There’s talk too, with a monthly show from Black Brown Berlin hosted by a line-up of women artists who spin R&B and soul in between illuminating chats on life, business and politics. If you want to see where all this magic happens, the station’s studio space has an open-door policy and a well-stocked bar where from midday to midnight you can drop in, grab a drink, and tune into the music right from the source. Consider it your new sonic hangout.

Refuge broadcasts live Tuesday to Friday online. You can support the artists by joining the station’s Patreon.