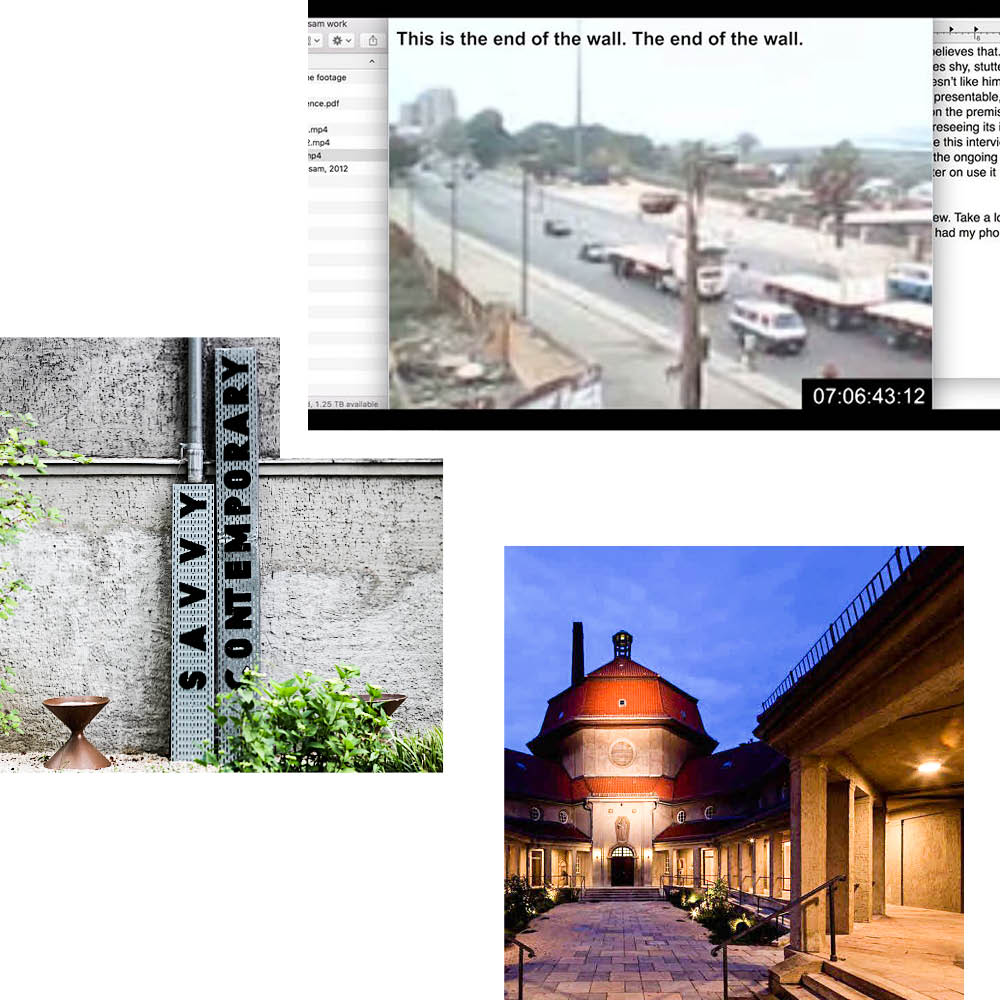 SAVVY CONTEMPORARY: BEYOND THE WESTERN GAZE IN WEDDING

Cameroon-born Bonaventure Ndikung, who originally studied biotechnology, quickly became part of the Berlin art scene through his work as a curator for some of the city’s major institutions, including Documenta 14. Frustrated with the industry’s eurocentricity, he opened an independent project space, Savvy Contemporary, to foster artistic dialogues freed from the Western gaze on Africa, South America and Asia. After establishing the project in Neukölln in 2013, Ndikung moved to Wedding, where he re-opened Savvy Contemporary on the grounds of the Silent Green Kulturquartier, a former crematorium with an impressive ceremonial hall. There, he hosts exhibitions and performances, organizes readings and directs local projects in collaboration with the Goethe Institut and other cultural organizations. A highlight of the current program — on through 11.3 — is “We Are Not Worried In The Least”, a video-based exhibition by the Egyptian-Polish filmmaker, artist and activist Jasmina Metwaly, which explores the mundanity, violence and paranoia framing Egypt’s current political mood. (Text: Laura Storfner / Photos (clockwise): Jasmina Metwaly / Savvy Contemporary / Silent Green Kulturquartier)

Thu–Sun 14-19h (during exhibitions) or as announced