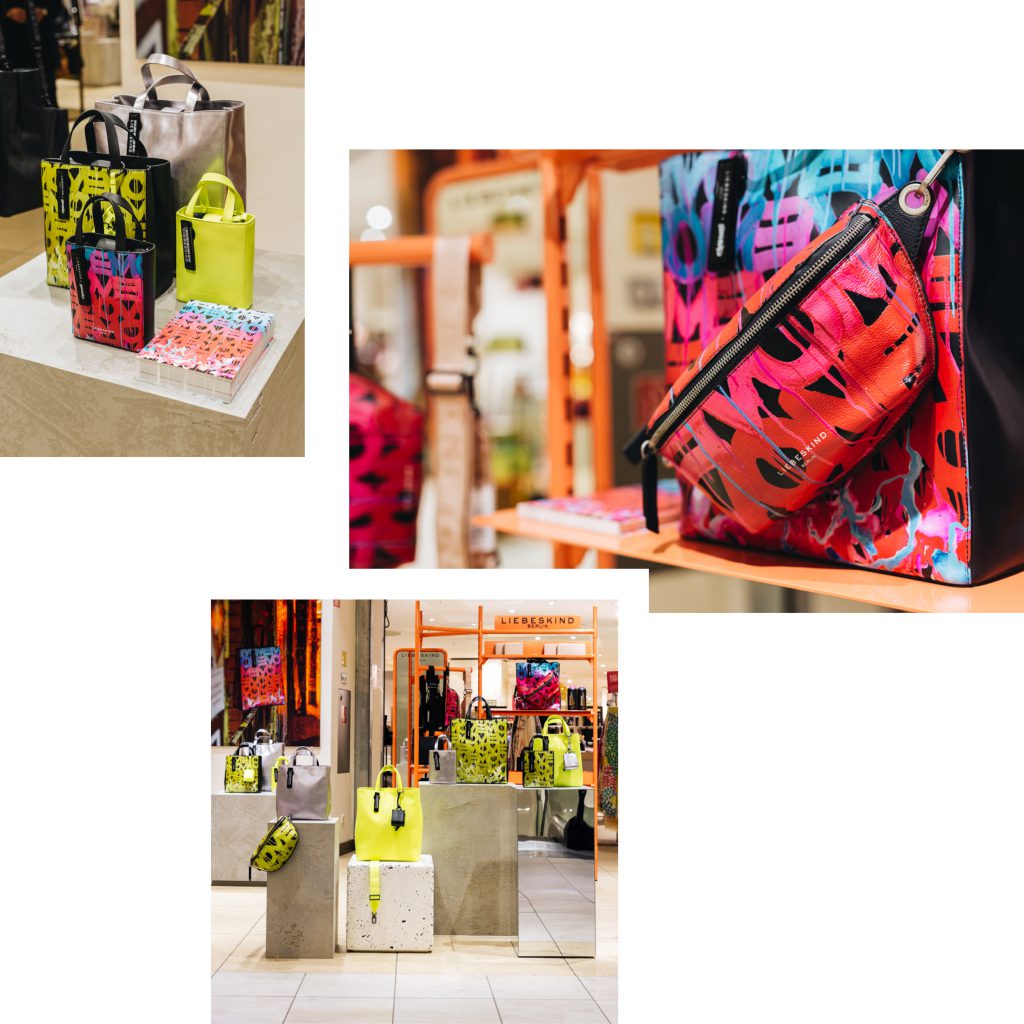 Fashion Week used to be an exclusive event for invited guests, but for 2020 it’s a good opportunity for all of us to bring a bit of glamour to this gray January. Best example: a flying visit to KaDeWe to check out an exclusive collection which earns the tag “Created in Berlin” twice over. Streetart creator Christoph Hässler aka Stohead has designed a collection for the Friedrichshain-based fashion label Liebeskind Berlin. Stohead is best known for his eye-catching typographic visuals, and it is precisely these textual forms that make the Liebeskind pieces into true statements, with the message “Move” emblazoned on tote bags, belt bags, straps and wallets. Ready to make the move? Don’t wait: the creations are available exclusively in Berlin for Fashion Week at stockists including KaDeWe and the Liebeskind Berlin Stores in Mitte, at the Alexa and the Mall of Berlin as well as online. (Text: Massimo Hartmann / Photos: Savannah van der Niet)